Newer PostAre the Mass Monsters a Dying Breed?
Older PostStop Coming into Shows in Bad Condition
Share on FacebookShare on TwitterShare on LinkedinShare on Pinterest 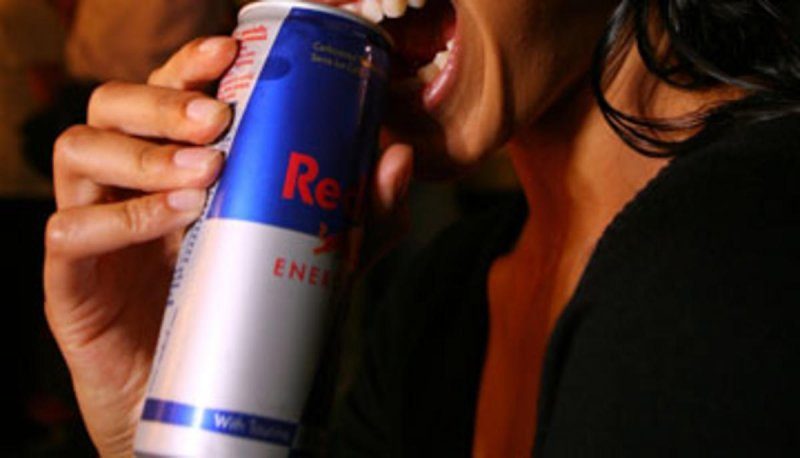 We all heard that Red Bull can give you wings, but now a drug problem as well? To be completely honest, according to new research, so could Monster Energy and all the other highly caffeinated beverages out on the market. While I find all of this quite comical, it’s what the research is showing. So, I guess this means down the road I’m going to have substance abuse issues since I love energy drinks? I have a feeling I’m going to screw up their research and statistics.

You have an ED problem

No, you don’t have an erectile dysfunction problem, you have an energy drink problem from what researchers are saying. And if you don’t fix this issue, you could be headed down the path to more serious stimulants (in the form of drugs) or alcohol. If you’re like me, you’re laughing at the thought of going down the rabbit hole and turning your love for energy drinks into something more serious.

Yet, researchers are claiming that continuous and sustained used of energy drinks can increase the likelihood that you’ll use cocaine, prescription stimulants, and alcohol. Heck, maybe you’ll use them all at the very same time? That’s a joke. But, in all seriousness, this is completely blowing my mind that they think there is a correlation between energy drinks and illegal drug use. There’s no denying that the energy drink category has exploded over the years. Sales continue to skyrocket without an end in sight. More and more people are becoming “addicted” in a sense to caffeine. Without their morning cup of coffee or energy drink, their mood might be altered or they might get headaches. It appears the main concern of this study is on the overall quantity of caffeine that an individual is taking in during the day or at one time.

My mind is blown how you can put energy drinks and energy shots in the same category as cocaine. Yet researchers are saying, “This study provides evidence of a specific contribution of energy drink consumption to subsequent substance use. Because of the longitudinal design of this study, and the fact that we were able to take into account other factors that would be related to risk for substance use.”

How did they come to these findings?

Researchers pulled around 1,100 freshmen from colleges who averaged out to be around 18 years of age. They were able to engage these students in regular surveys when they were between 21-25 to see how their behaviors changed over time. While the prevalence of energy drink use dropped in the group, there was an increase in drug/cocaine use as well as alcohol.

A researcher from the study has asked the US Food and Drug Administration (FDA) to step in and regulate energy drinks, but at the current time they do not appear to be acting on their request. When the researchers were referencing the use of energy drinks with today’s youth, they said, “We just don’t want to give them [energy drink manufacturers] this additional thing so they can earn a lot of money on a health claim that we think is not suited for young kids.”

For starters, parents shouldn’t allow their “young” children to consume energy drinks—period. So that would be a great place to start. Yet, the study wasn’t looking at young kids, but rather “adults” who were going to college. I’m not dumb or naïve to know what takes place when teens go away from home and head to college. There are going to be opportunities that present themselves that weren’t there when they were living under mommy and daddy’s roof. The all-night parties, the drinking, smoking, and recreational drug use that COULD potentially stem into something larger.

I’m just at a loss as to how I should give this study any merit. You’re looking at a time-frame where young adults are going to experiment while away from home. And they are following up with these individuals after the age of 21 when they can legally drink anyways. It just seems like the researchers are pushing the envelope trying to make a correlation between energy drinks and drug use. You’re taking the obvious and demonizing energy drinks. It’s like shooting fish in a barrel. No kidding you’re getting the results you thought you’d see.

While I respect the research done, I’m calling BS. I’d like to see more research completed on this topic. If you want to look at young adults and compare them later in life, that’s fine. But, don’t do it within the timeframe that they could still be in college. Look at them at the age of 30 or around there. Are the same individuals shown to have substance abuse problems or once they graduated and got out in the real world? Did their behaviors change once they aren’t around parties every night?

There are so many factors that can come into play with this research that I’m not sold on the findings. Maybe if more research comes out in support I’ll change my tune. Until then (or I have a substance abuse problem from drinking energy drinks), I’ll keep drinking my sugar-free Red Bull or Monster Energy Zero energy drinks. Cheers!