Newer PostWho Should Get Juiced to the Gills?
Older PostThe State of Bodybuilding Today
Share on FacebookShare on TwitterShare on LinkedinShare on Pinterest 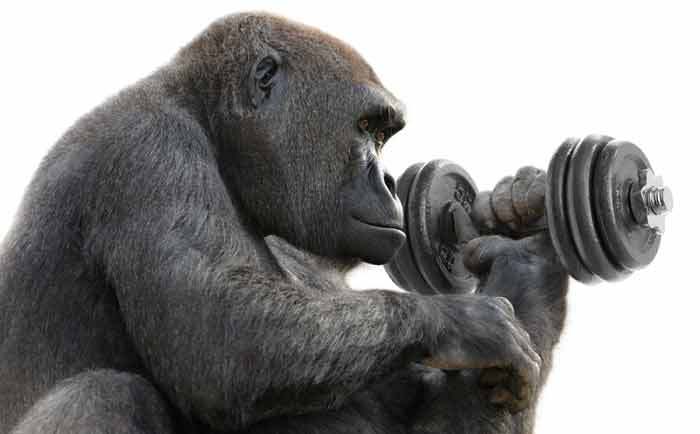 If I had a dollar for every time one of the below myths was spoken I’d be the richest man in the world—Elon Musk would be asking me for a couple dollers. A lot of the nutrition myths below stem from broscience. We simply didn’t know any better until researchers went out and conducted studies. So, while on paper they might sound like they could be true, they had no scientific backing and were later debunked. Don’t let the below continue to fool you into thinking you’re doing something wrong. So for once and for all, we’re putting these myths to bed.

1. Coffee is a diuretic and is unhealthy

For years, we were left to believe that coffee, while an extremely satisfying morning beverage, left us more dehydrated than before we drank our morning cup. People often wondered how that could be possible considering coffee was made with water. The belief was that it was actually the caffeine content in the beverage that dehydrated the body and pulled water out of the system, similar to a diuretic.

Researchers and science have thankfully debunked that myth allowing us all to drink our morning cup of Joe without worry. In addition, they said the antioxidants found in coffee have health benefits that we should all be taking advantage of. So, whether you brew your own coffee at home or hit up Dunkin Donuts or Starbucks each morning, do it without any regret. And don’t forget to add the water from your coffee to your daily intake log!

If you’ve never traveled for any period of time for work/business, you would assume this myth was accurate. I mean after all, why would fast food be considered healthy when it’s been demonized for years? Many people sitting in these types of restaurants are fat, unhealthy, and clearly don’t put their health up high on their priority list. While this is correct for the most part, it’s because of the food they are choosing off of the menu. That greasy hamburger with a large fry and large soda is enough to stop an elephants heart. However, if you look at the menu these days, you would notice that there are some great choices available for those looking to eat a clean meal.

Chick-Fil-A in my opinion is the best choice for fast food (at least in the Pennsylvania area as well as the surrounding states that I traveled frequently). When I was traveling on business for a good six years of my life, I would stop at Chick-Fil-A whenever I saw one around lunchtime. If I was in the mood for a sandwich, the choice would always be a grilled chicken sandwich without mayonnaise. Instead of the fries, I would get a fruit cup. For a beverage, water was always my beverage of choice. If I wasn’t hungry for a sandwich, I would get two plain grilled chicken breasts a la carte. The cost was minimal and it was straight up protein without the carbohydrates. I’d still get a fruit cup, or sometimes I would get the side salad and put my grilled chicken right in the salad.

You can use these same principles at just about any fast food restaurant you stop into. If they have a grilled chicken option, that will always be healthier than a fried option. And most places now have healthier sides than the normal French fries.

3. You should be consuming 5-7 small meals each day

We have been programmed into thinking that if you don’t eat 5-7 small meals a day, that your metabolism is going to slow down since it doesn’t have a constant supply of nutrients. Researchers have found this not to be the case. In fact, meal frequency in general is a myth. Whether you eat 3 meals a day or more, truly has no bearing on health or how many calories you burn. Look at those utilizing intermittent fasting as an example. They generally have a small feeding window of around eight hours and it has worked wonders for their weight loss and fat burning.

When we looked at meal frequency in the past, what did we find? Broscience. That’s it. There were no studies showing any true that eating more meals throughout the day had any health benefits other than keeping the individual feeling full and satiated. So, for the sake and sanity of all of us, thankfully meal frequency was debunked. After all, we all live insanely busy lifestyles. It’s not productive to stop what you are doing five to seven times each day just to fit in a quick meal.

4. Avoid fat in your diet because it will make you fat

Bacon is bad for you. Eggs are bad for you. Wait, scratch that—both are now good for you? What? How many times have we said “fat” in your diet is a no-no? It seems like as soon as eggs were “bad for you” they all of a sudden became good for you again. The back and forth is enough to make you want to throw away your nutrition plan. Vilifying fat seemed like such an easy thing to do before science actually came to save the day and debunk all the nonsense that people were saying about this macronutrient. The thought of consuming fat makes you fat to some degree made sense without science and research proving that not to be the case. Without fat in our diet, it would throw off our hormones (testosterone) as well as not give our brain the nutrients it needs to function at a high level.

I will throw in one caveat, and that is, you should avoid trans fat in your diet. That is, however, the one fat that is bad for you and one that you should try to eliminate from your diet.

5. When dieting, a calorie is a calorie regardless of where it’s from

What do you think would happen if you ate 500 calories of candy every day versus 500 calories of broccoli every day? Do you think they would affect your weight the same way? Also, look at what different calories can do for your body. If you eat candy and consume junk calories, you’re going to be left feeling hungry because your brain loves sugar and it will crave more. Whereas if you ate something higher in fiber, you would feel satiated and not as hungry afterwards. In the same light, consuming protein has more of a thermic effect on the body where it takes more energy to metabolize it than something like carbohydrates or fat.

When dieting with say an IIFYM (if it fits your macros) style, it’s important to remember this concept. Many individuals following IIFYM think a calorie is a calorie and all they need to do is hit their numbers. This makes them believe that it’s ok to eat Pop Tarts and ice cream regularly because it fits their macros. Hence, why everyone needs to remember that a calorie truly isn’t a calorie and they are not created equal.

6. Eating high amounts of protein is damaging to your kidneys

If this myth were true, just about every individual who exercises regularly and eats a good amount of protein to preserve and build lean muscle mass would be on the kidney transplant list. Luckily, this is just a bunch of people who started sharing their opinion and the theory grew out of control. The thinking behind this myth was that if you ate a diet high in protein, it would raise the risk of damaging your kidneys and could potentially lead to kidney disease because it causes you kidneys to work harder to eliminate the waste from metabolizing the protein. While the harmful effects of large amounts of protein are indeed dangerous to those who already have kidney disease and cause more issues, healthy individuals will have no issues upping their protein intake.

I think every bodybuilder breathed a sigh of relief when this nutrition myth was debunked. Most of them are taking in anywhere from 1-2g of protein per pound of bodyweight ever day (and sometimes even more). While not everyone needs protein in those quantities, it’s safe to add protein to every one of your meals—and it is actually recommended to do so. Don’t believe all the hype and myths that are out there. Let science and research speak for itself and steer you in the right direction.