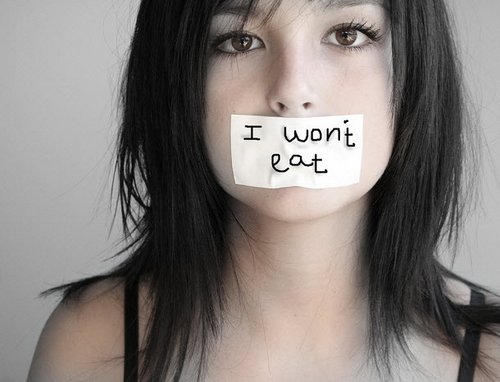 I think it’s safe to say that we would do anything for our kids. Protecting them is a parents’ number one priority. What many don’t think about is the damage done in the home that can lead their child to becoming overweight, obese, or having an eating disorder when they are a teenager. New guidelines from the American Academy of Pediatrics might help further protect our youth.

Poor body image starts during the teenage years when they start to fully understand and learn about their body. This is obviously much different than a child who is five and don’t know any different about weight and appearance, let alone the effects on the body it creates both physically and mentally. In teens, this can lead to overeating due to emotional stress or on the flip-side not eating at all in order to lose weight. It’s difficult for a doctor to see the signs of eating disorders or negative body image if they don’t consistently see the patient. Ultimately, once a doctor starts to see the warning signs of an underlying issue, it’s generally too late. While not too late in the sense of to the point of no return, it’s now a matter of getting the teen back on track and fixing any physical or mental issues going on with the individual.

Research has shown that teens who diet in the 9th grade are more likely to be overweight by the time they are in 12th grade. They also mentioned that if teens are counting calories, they risk not taking in enough calories to maintain the hormone levels needed for growth and maturity. Counting calories can also lead a teen down the road of anorexia.

The American Academy of Pediatrics has five research-backed strategies to help parents prevent their teens from obesity, weight problems, and even eating disorders. Through the use of these strategies, the chances of keeping your child safe and healthy are improved.

The AAP outlined three of the recommendations to involve behaviors that should be avoided. They mentioned that this includes things such as talking to their teen about dieting, or watching their weight. The second recommendation is never putting the child down about their weight or even mentioning their own weight issues as an adult. Teens are picked on and ridiculed enough by other kids if they are overweight. This is already making them self-conscious about their appearance and putting a negative body image in the back of their head at an early age. If they hear their parents talking about their own weight problems, this further plays on a teens mindset about weight and their body dissatisfaction. Another recommendation is to avoid encouraging diets of any kind not only for their kids, but for themselves. Putting the thought of watching and managing everything a child puts in his or her mouth can inadvertently lead the child down the path to an eating disorder. Rather than having them counting calories or weighing out foods, teach them the difference between a healthy food option and a poor food option. This will allow them to make the personal choice of what they want to eat rather than being forced to potentially eat something only because a parent is worried about their own body weight issues.

The other two recommendations revolve around behaviors to be promoted. Rather than focusing on “weight loss” parents should focus on teaching their kids about making health choices with their life, both through nutrition and exercise. Another behavior to be promoted is make it a family affair by sitting down and eating dinner together—make this a priority. Parents should be leading by example to show their kids their healthy eating habits and to encourage their kids to also partake in eating foods that are healthy and nutrient dense. If you lead by example, your kids may also catch on and also want to eat healthy foods. The old “monkey see monkey do” comes into play. Build a solid foundation by being a leader for your household.

Teaching teens about how to live a healthy lifestyle is a delicate topic. While you don’t want to scare them to the point where they are uncomfortable in their own skin, you also don’t want them to think that eating healthy is difficult to grasp and understand. Giving teens the tools through education to make healthy food choices and by being active is key. Work together as a family and involve everyone so no one is left out. This will reinforce positive healthy behaviors and in turn help protect your child from being overweight, obese, and the chance of suffering from an eating disorder.