Piracetam and the Racetam Family

Piracetam (pyrrolidone acetamide) holds the distinction of being the very first entry in the nootropic (cognitive enhancer/smart drug) category. In fact, the term was coined by Corneliu E. Giurgea, the Romanian psychologist/chemist who first synthetised Piracetam in 1964. Since then, numerous other racetams have been synthesized, with the defining characteristic that they all share the same 2-oxo-pyrollidine nucleus (similar to the natural amino acid derivative pyroglutamic acid).

In fact, that’s where the racetam family derives its name from – the p & r from pyrollidine and the acetam from acetamide. Therefore if a compound is lacking that type of nucleus, it can not rightly be said to be a racetam.

Racetams that are thought to exert nootropic effects – and not all of them do – are thought to do so via enhancent of neurotransmission plus an increase of postsynaptic receptor density and activity. In terms of mechanism of action, they bind to the polar head of the phospholipid membrane to restore stability and function. Piracetam (and many of its analogues) also activate alpha-amino-3-hydroxy-5-methylisoxazole-4-propionate (AMPA)-type glutamate receptors in neuronal cultures, which increases the density of receptor binding sites for AMPA and calcium uptake and likely the elevation of intracellular calcium. Remember though, not every flavor of racetam is going to work in exactly the same way. Or at all.

Piracetam is rapidly absorbed and almost 100% orally bioavailable. It has a plasma half life of five hours with blood levels peaking within an hour after ingestion (on an empty stomach, food delays the peak). Despite its high bioavailability and favorable pharmacokinetics, piracetam must be used in relatively high doses (compared to other nootropics in general, but also compared to other members of the racetam family specifically). Once it’s ingested it doesn’t bind to plasma proteins nor diffuse into adipose (fat) tissue, but crosses the blood brain barrier and rapidly acts on glutamate receptors.

In theory this ought to make piracetam a highly potent drug for increasing cognitive function.

Therefore it’s no surprise that piracetam has been found in numerous studies to improve various markers associated with cognition…but those studies have been almost entirely focused on a diseased population, i.e. those suffering from either mild or significant cognitive decline for one reason of another (an acute traumatic injury, old age, etc…). Other studies have suggested that it maybe useful for alertness, consciousness, depression or even anxiety, but that data is equivocal. More recent studies have even demonstrated a neuroprotective effect when used during coronary bypass surgery. Interestingly, there is some evidence to suggest that it could be used in conjunction with a vasodilator (familiar territory for the bodybuilding crowd) to boost piracetam’s efficacy.

Unfortunately, piracetam was never approved for use in the United States for a variety of reasons, not the least of which was the equivocal nature of the available clinical data and the fact that studies have lacked the kind of statistical power that the Food and Drug Administration typically want to see in a drug. And because it’s a drug, it’s not an FDA compliant ingredient for a dietary supplement. However, it’s not scheduled, and as a result, piracetam (and its analogues) have made appearances in ersatz dietary supplements. Don’t let the willingness of dietary supplement manufacturers to include drugs in their products deceive you – the FDA has been very clear that piracetam is a drug and is not allowed as an ingredient in dietary supplements.

Legality aside, many healthy individuals choose to use piracetam (as I believe ought to be their right) in an effort to get a boost in mental function. Doses seem to vary widely with some rare users reporting a benefit at 1200mgs, but with most preferring to stay between 2400 and 4800 milligrams per day in split doses. While most off-label users report decent results from piracetam, there also seems to be a great deal of non-responders.

Fortunately, piracetam is a first generation drug, and has been around for a long time…meaning scientists have tweaked and modified the core structure (the 2-oxo-pyrollidine nucleus) of the drug, which has resulted in at least twenty new versions. Unfortunately, while there are a lot of new racetams out there, some aren’t improvements over the original piracetam. 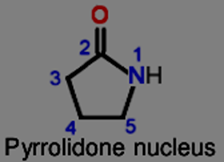 Before we go any farther, it’s important to realize that not all of the drugs in the racetam family are necessarily going to have any properties that might interest us. What I think most people are interested in, if they are interested in nootropics at all, are the compounds that can level-up an already normal brain or even a brain that’s already functioning at a reasonably high level, rather than potential effects on epilepsy or seizures (at least that’s what I expect from someone reading my work on nootropics, anyway). And while I realize that a certain portion of nootropic enthusiasts are life-extension geezers trying to milk a few more years out of their dusty cerebral cortex, but I’m not overly interested in them. They’re basically the same old people who are taking microscopic doses of growth hormone to improve skin tone and whatever. Boooring….I want to talk about using drugs like piracetam (and growth hormone, for that matter) to reach an otherwise unobtainable level.

However, boosting a properly functioning organ to a potentially supraphysiological level isn’t why pharmaceutical companies develop these sorts of drugs. Or any drugs for that matter. Therefore, most of what we see in terms of research is going to focus on a diseased or pathological state, and from there we need to extrapolate, infer, and distill what seems appropriate and what might therefore apply to someone who is (minimally) healthy.

These distillations aren’t always going to be accurate. For example, while scurvy, a disease whose symptoms include being tired and weak, can be cured by ingesting supplemental vitamin C, we would be mistaken to think that when a healthy person takes vitamin C it would increase their energy levels or physical strength. In fact, there is substantial evidence that overdoing it on vitamin C can do more harm than good.

With these caveats and parameters in mind, we can cross nefiracetam off our list of potentially interesting racetams – it failed to improve cognition in post-stroke patients and no evidence currently exists to make me believe it would improve cognition in healthy users. Rolipram is currently an investigational drug with potential to treat depression, but until I see research into its cognitive effects, I’d cross that one off our list as well.

Etiracetam is a racemic racetam (ha!) that has shown some promise in helping users overcome memory retrieval deficits, and is also available in its enantiomeric form (levetiracetam) which is primarily used as an antiepileptic drug. Both drugs have failed to have an impact in the nootropic crowd and as a result there’s no worthwhile user feedback to suggest that they are useful for boosting cognition. As with levetiracetam, eletracetam and brivaracetam have been shown to have demonstrate antiepileptic activity but I haven’t seen any compelling evidence to suggest that they might be effective for boosting cognition in a healthy population.

Cerebrocetam has the coolest name in the racetam family (cerebro, like the machine from the X-men that boosts brain power, plus racetam). Because it appears to be a heavily modified version of piracetam, and not much data, I couldn’t even begin to speculate on its efficacy.

Again, I’m going to stress the fact that structural similarities don’t always translate into pharmacological similarities (nor dissimilarities to the opposite); a bond here, maybe a bond there, and we can turn an anabolic steroid into its estrogenic doppelgänger or its less estrogenic dehydro (or dihydro) version. Seletracetam, for example, which is in the racetam family, is generally thought to have zero nootropic properties at all. That’s important to remember when evaluating racetams – some of them might do absolutely nothing in terms of cognition or memory or learning or whatever.

Coluracetam has been used in impaired neurons to preserve choline uptake, and it works in microgram doses, but real-world user feedback is sorely lacking. Dimiracetam is a bicyclic racetam that has displayed efficacy in mitigating neuropathic pain – again though, there is no user feedback here. Doliracetam, dupraracetam, imuracetam, has even less data available and zero feedback. Nebracetam has been shown to agonize the M1 acetylcholine receptor in rodents, but we have no idea what it’ll do in healthy humans.

Rolipram is a a racetam often cited as the prototypical PDE4 inhibitor. It has potential use in treating Alzheimer’s disease, spinal injury, and possibly in general cognitive enhancement – it has been showm to improve spatial memory in mice engineered to have aggregate build-up. But for mice, spacial memory is far different (and important) than it is in humans, and these results may not translate at all.

Fasoracetam would be somewhat exciting in that it appears to agonize all three metabotropic glutamate receptors and has shown promise in improving cognitive function in animal studies, but has been abandoned by the original inventor for lack of efficacy in treating ADD and dementia.

As I’ve noted repeatedly, we’re a bit hamstrung by what we can find in the available literature (obviously there’s far less on the newer, more interesting racetams), and what we can distill from whats out there. So what’s definitely worthwhile in the racetam family?

Aniracetam has shown promising memory enhancing effects in both healthy animals as well as animals subjected to a variety of traumatic learning impairments. In healthy young volunteers, at 1500mg, it reduced cognitive impairment caused by scopolamine (a medication that often causes acute cognitive impairment, likely by blocking acetylcholine) better than 2400 mgs of piracetam. Nicoracetam is aniracetam but with a methoxypyridine group in place of the methoxyphenyl group (I have no idea what effect this might have and there are no studies that shed any light on this mystery) 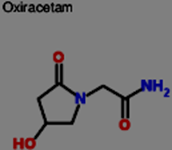 Oxiracetam is another worthy candidate (piracetam with an added hydroxyl group) which appears to have a significant effect on its relative efficacy, although in terms of published studies, it seems most useful at staving off age-related cognitive decline (although it’s no longer in clinical use). With an onset of 60-90 minutes and a half life of eight hours, most people are using doses between 800-1600mgs per day, split into divided doses. Also no longer in clinical use is pramiracetam which has been shown to ameliorate cognitive deficits resulting from traumatic brain injuries and improve the ability to form new memories in the elderly…but as I warned earlier, there hasn’t been much research in healthy people. That being said, I’m seeing pramiracetam used at about 1200mgs per day in divided doses. Users have reported good results with both compounds on a reasonably consistent basis.

Phenylpiracetam is more potent than piracetam and is used for a wider range of indications. This is the member of the racetam family that has the highest milligram for milligram potency, with most people sticking to 100-200mgs/day. As with oxiracetam and pramiracetam, users have given fairly positive feedback on this compound, so it’s far more appealing than most racetams, which have little to no feedback.

Wait a sec…what about Noopept [Noopept (aka N-Phenylacetyl-L-prolylglycine ethyl ester or GVS-111) Explored]? It can be used at doses under 100mgs/day and it’s a racetam, isn’t it? Well…not really. Strictly speaking, noopept lacks the 2-oxo-pyrrolodone nucleus that defines the racetam family. So while many people consider it a member of the racetam family, it’s more like a close friend.

Even more bizarrely, certain drugs actually have “racetam” in their name, but are not properly racetams. Aloracetam is a nominal racetam studied for the treatment of Alzheimers disease, but which lacks a pyrrolidone ring, therefore excluding it from being an actual racetam (other than in name, which is an inexplicable oddity to me).