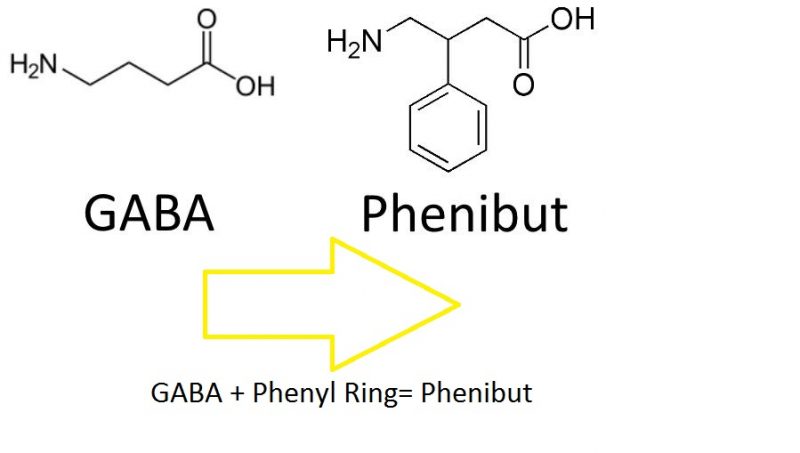 Phenibut is analog of gamma-aminobutyric acid (GABA), which acts as the main inhibitory neurotransmitter in the central nervous system, where it reduces neuronal excitability. If you’re thinking that this makes phenibut a depressant, you’re correct. But it’s also a nootropic, or cognition enhancer. 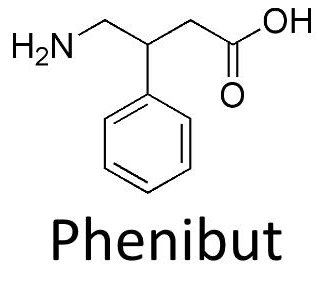 Although GABA (a major neurotransmitter in the human body) is technically an amino acid and legal for sale in the United States as a dietary supplement, phenibut has an additional phenyl ring (which is where we get the name, as a combination of phenyl and butric). The addition of the phenyl ring allows phenibut to do something GABA does not, i.e. penetrate the blood–brain barrier. However, this improved penetration of the blood-brain barrier does not lead to stronger pharmacological effects.

As a result, of not being an a botanical, a vitamin, mineral, herb or other botanical, and even granting GABA status as an amino, phenibut has been modified and therefore wouldn’t fit the definition of a legal and compliant dietary supplement in the United States. So while there are several amino acids that are legal for sale as dietary supplements besides GABA (glutamate,aspartate, D-serine, and glycine, for example), phenibut is not one of them.

In Russia, where most of the clinical research on phenibut was originally done, it’s sold as a drug. Specifically, it would fall into the category of being a gabapentinoid, a class of drugs that work on the gabapentin receptors to block certain receptors that in turn produces effects similar to classic CNS depressants. Gabapentinoids, including phenibut, are used clinically for anxiety, migranes, mania, bipolar, and a host of psychological disorders. 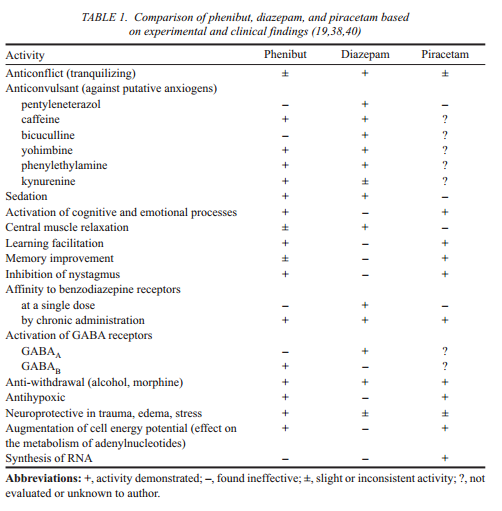 Here, I’m going to break with tradition and say that although the available data on phenibut suffers from many of the major flaws (clustering, lack of statistical power, a focus on treating pathological states, etc…) that we have seen with other purported nootropics, I can say that phenibut is an effective sleep aid for me, and that it additionally seems to potentiate the next-day effects of other nootropics or stimulants I might use the following day.

At this point I should mention that many gabapentinoids (notably gabapentin, sold under the trade name Neurontin) have suicide and suicidal ideation listed as a potential side effect. And I should probably mention that addiction is possible with this class of drugs, phenibut included, and it also appears that (at least in rodents) the sedative effects rapidly attenuate (injecting 50 mg/kg twice daily for five days results in tolerance. A quick online search reveals numerous horror stories in terms of both addiction and attenuation.

Still, acute doses of phenibut have been observed to produce numerous central effects. At doses that do not affect motor activity inhibits food conditioned reflexes in mice. At higher doses it reduces motor activity, coordination, and body temperature. It also potentiates central effects of anesthetics, so there’s obviously quite a few reasons to be cautious with this drug… 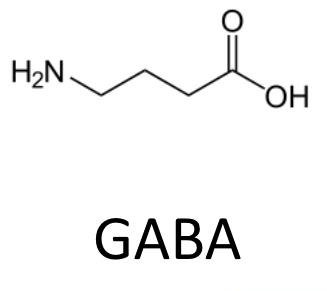 Nootropic (cognition enhancing) activity has been observed in rodents with fairly small doses (5 to 20 mg/kg injected)…since it’s about 65% orally bioavailable, and using a standard human equivalency dose for the rodent model, we aren’t talking about huge doses for this kind of effect (granting the premise that the rodent data applies to humans). That being said, most people use a starting dose of 500mgs and explore higher doses until they reach 2,000 to 3,000mgs/day (the latter being too high, in my estimation). Personally, I’ve never used it for more than a couple of days in a row, and always within an hour of going to bed. I find my sweet spot to be around a gram (1,000mgs).

Finally, I realize that some people have relied on its tranquilizing effect to get a sedative-type high…but that’s not my preference in terms of using phenibut, so I can’t speak to that aspect. When I take it, I’m taking it to get some sleep, not to get high.