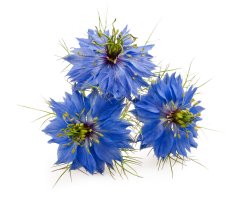 A very modest dose of Nigella sativa – known in the Middle East as Habbat ul Baraka or Habbat ul Sauda, and in Europe as black cumin – helps the body produce more insulin and also boosts the muscles’ sensitivity to insulin. Moroccan and Canadian researchers write about it in Evidence-Based Complementary and Alternative Medicine. If you read the animal study you may start to think that Nigella sativa might just be an extremely interesting supplement for anyone wanting to build muscle and lose body fat.

Study
The researchers did a four-week experiment with a kind of desert rat – Meriones shawi – of which some were healthy and others produced insufficient insulin. Some of the diabetic desert rats were given metformin, a diabetes medicine, every day, and others were given an extract of Nigella sativa seeds.

The researchers made their extracts themselves. They used seeds from Morocco that had been dried and ground, and then extracted the active substances from this using ethanol. The human equivalent of the dose they administered to the desert rats would be about 400-700 mg per day. If you use dried seeds instead of an extract, then the amount would be about 20-25 g powder per day.

Administration of Nigella sativa boosted the insulin level [below left]. At the same time, the extract boosted the activity of the glucose transport protein GLUT4 [below right]. This meant the muscles became more sensitive to insulin and absorbed more nutrients from the bloodstream.

The figure below summarises how Nigella sativa probably works.

Conclusion
“Nigella sativa extract greatly improves systemic glucose homeostasis and HDL-cholesterol in diabetic Meriones shawi by acting through several mechanisms”, the researchers summarise. “Most importantly, Nigella sativa increases circulating insulin and enhances the sensitivity of peripheral tissues to the hormone. The latter effect can be attributed in part to an activation of the AMPK pathway in skeletal muscle and liver and to an increased content of Glut4 in skeletal muscle.”

“Such pleiotropic actions provide strong evidence in support of the traditional use of Nigella sativa seeds for the treatment of diabetes. They further call for high-quality clinical studies to determine the optimal conditions for complementary or alternative treatment in diabetic patients.”