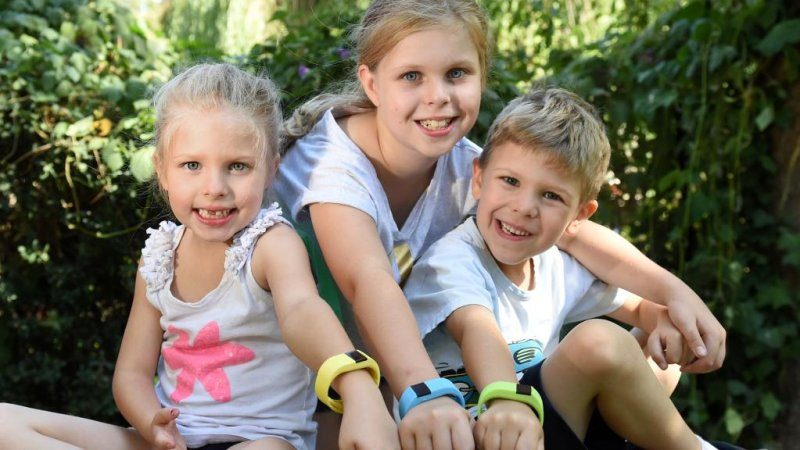 Many people across the globe are now purchasing wearable technology—specifically, exercise trackers. They want to hold themselves accountable and make their health and fitness a priority, which is good. While the upside to these types of devices can be lifechanging when it comes to weight loss and the possibility of gaining back their health and getting off certain medications, they could also have some negative consequences as well. Most of the wearable fitness trackers out there today will measure things like steps, distance walked, calories burned, heart rate, and similar all dependent on the model which is purchased. Who would have thought something that was designed to help better lives, could in turn, create chaos for kids? How? It becomes an obsession of sort. It takes something meant to improve lives, and in turn, can completely turn someone’s life upside-down.

A girls’ school over in England recently banned fitness trackers, such as the FitBit, from their school as well as cell phones. Why? Because the girls in the school were skipping lunch. What does that have to do with fitness trackers and technology? Actually, everything.

Because the girls were wearing these fitness trackers, throughout the day they would be monitoring how many steps they took and how many calories they burned. So far, it sounds just like anyone else who tracks their progress, right? However, these girls took things to the extreme where if they didn’t burn enough calories or take enough steps, they skipped lunch and gave up those calories for the day. As mentioned earlier, things were taken to the extreme and due to the fitness tracker, it created an obsession.

Kids these days are prone to bullying much more frequently compared to when I was in school over a decade ago. And with the advent of social media, things have turned extremely ugly with online bullying as well. People hide behind computer screens and send nasty images to others in hopes that they can belittle them and break their pride for not looking a certain way. For being fat. For being ugly. For not being smart enough. For not being athletic. For not being whatever.

Body image seems to be one of the key factors that causes stress to young girls. They see images of fit and thin women in magazines, on social media, and even at school and think that’s the way EVERYONE is supposed to look—including themselves. If they don’t fit a certain image, they unfortunately more times than not, aren’t able to associate with certain “groups” at school which causes them to close down both mentally and physically from other kids. This can cause some mental health issues and cause them to obsess over their appearance.

One teacher told a local newspaper that, “There have been many reports about how excessive use of social media can have a negative impact on mental health. And the situation is getting worse. It can have a real impact on self-esteem with people comparing themselves to others.” Add that to actual in-person bullying and low self-esteem and you have a disastrous combination.

Do kids even need Fitbits?

A bigger question from all of this becomes, what parent is purchasing a FitBit for their child? For what purpose? Teach kids how to eat healthy and exercise daily. It shouldn’t come to a point where a child needs a FitBit to see how many steps they take or how many calories they burned and become obsessed with the numbers on the device. They’re kids! Let them be kids. If parents are doing their job at home, there should be no reason why any kid would want or need a fitness tracker.

Some kids that I see wearing a fitness tracker don’t even need them. They are active in sports or after school activities to the point where they are meeting the requirements to see health benefits. I’d like to think most kids these days are active and play like the kids of yesteryears and in the example I just gave, but that isn’t the case unfortunately. Kids are more sedentary than they ever have thanks to technology, but some of the blame needs to be put on the parents for giving them access to certain technology like social media, the internet, television, and smartphones. Limit the amount of time a child spends in front of technology.

Kids are no longer kids. They are programmed to be attached to technology at all times of day as if they are the CEO of a multi-million-dollar company and needs to stay on top of every piece of their business. What ever happened to active play? Who sees kids outside playing anymore? When I’m outside my house playing with my son who’s three (active play), I see the older kids cruising up and down the street on their motorized scooters and mini Segway’s. No one has their shoes touching the pavement going from point A to point B anymore. Everything is motorized. As a society, we are getting lazier with each passing year. You have kids texting each other when they live right next door. Go outside and hang out with your friends, you don’t need technology to socialize.

It’s a shame we have gotten to the point that we have. Kids are no longer kids, and are the product of modern technology. A place where we only have to move a finger in order to get what we want or speak to whoever we want.