Newer PostKeep it Simple in the Gym for God’s sake!
Older PostSauna Suits: When Will the Derp End?
Share on FacebookShare on TwitterShare on LinkedinShare on Pinterest 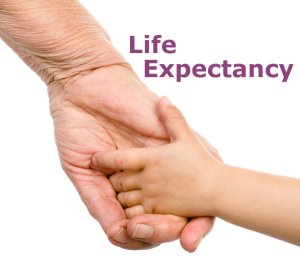 I think it’s safe to say around 75% of Americans could put the fork down a little earlier in the day and step away from the table. To say we have an obesity crisis on our hand is an understatement. With no end in sight, a group of researchers set out to see how putting the fork down could extend our life expectancy.

We are creatures of habit. In fact, when we are surrounded by friends and family, it’s easy to pick at food and snacks the entire time you’re socializing. After all, it’s that what everyone does at gatherings for the most part, right? Yet, a new study is showing we can all extend our life if we can lower our overall calories. While the study didn’t ring true for kids, adults on the other hand could actually extend their life expectancy as much as 18 years if they ate fewer calories in their diet. Clearly in lowering their calories, there was an improvement in health as well.

Researchers conducted two separate studies where 200 rhesus monkeys were analyzed. While the study wasn’t done on humans, the researchers are extremely confident that the results will carry over considering humans and monkeys are very similar.

In the study, researchers reduced the subjects’ dietary intake of calories by 30% and found the adult male monkeys lived two years longer and female monkeys lived six years longer than their counterparts who did not have a reduction in their daily caloric intake. When comparing monkeys to humans, they calculated the change to be an additional life expectancy of around 18 years for humans.

Don’t get your hopes up just yet

There are many factors that can play into life expectancy for humans. While cutting back on the total calories each day is a great start, the study didn’t take into equation the lifestyle of an individual. Monkeys aren’t lighting up cigarettes or drinking alcohol (with some instances in excess). Humans don’t live a sheltered life so to speak like monkeys do, especially in a lab or zoo type setting where the conditions are favorable. Humans have environmental factors that come into play as well as things they eat or drink or a daily basis. You’d also need to look at their tobacco usage as well. Even if all of these factors were ideal, there’s no telling if an individual has any predisposed health conditions that may surface later in life. There’s so much that goes into life expectancy that while an additional 18 years might sound amazing, the consistency and actuality of it happening is probably very low.