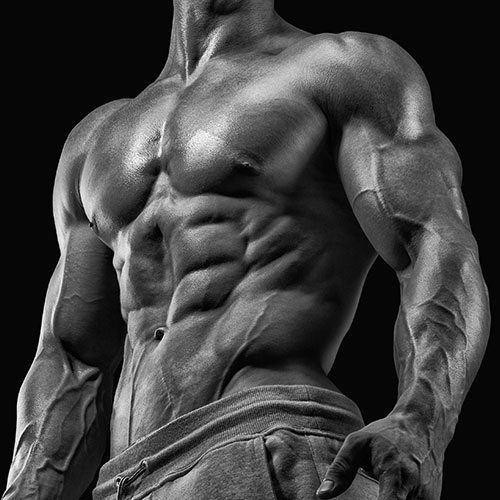 Dedicated bodybuilders pay extra attention to dietary and training details, which sets them apart from the average gym goer. This may include taking extra time to stretch and warm up before training, planning and preparing meals in advance, and logging all foods and supplements consumed. Many of even the most dedicated bodybuilders overlook elements in their diet that don’t provide protein, carbs, and fats.

In particular, dietary mineral intake isn’t usually a consideration for bodybuilders. This oversight can be a big mistake. Minerals are critical for countless biochemical reactions to occur within the human body. Without sufficient elements present, the body has a difficult time performing the tasks needed in order to maintain a healthy environment. These same elements, or minerals, are also critical for bodybuilders and strength athletes to be able to perform at peak levels.

Certain minerals are directly involved in muscle contractions, protein synthesis, and muscle cell growth. Intense training increases the requirements of these same minerals for bodybuilders and strength athletes, who usually have sub-par intakes of much needed minerals. With this in mind, we can review the minerals that best support strength and muscle growth.

Sodium is an electrolyte that helps to regulate fluids in the body. It is required, along with potassium, for muscle cell volumization and amino acid uptake. Sodium works closely with other minerals such as magnesium, calcium, potassium, chloride, and phosphorous, to pull water inside cells. Sodium intake is sometimes viewed as unhealthy, but this is a misconception. Blood volume is highly dependent upon sodium levels, and being sodium depleted can negatively impact muscle pumps and volume. Low sodium intake can initiate defense mechanisms within the body that actually cause sodium and water retention. Sodium plays a major role in nerve impulse transmission and muscle contraction-both are important to bodybuilders. Sodium is a key mineral that should be used in moderate amounts by all athletes.

Calcium is the most abundant mineral found in the human body, making it one of the most important minerals for bodybuilders. This mineral is the primary element involved in muscular contraction. Calcium holds a special balance with phosphorous. There needs to be a 1:1 ratio of calcium to phosphorous in the body. A high protein diet can send this ratio out of balance, causing excess calcium to be excreted from the body. This can result in poor bone density, less efficient muscle contractions, and many other issues. Bodybuilders who avoid dairy run an even higher risk of being calcium deficient. Calcium is a vital mineral that is involved in too many processes in the body to name. Calcium rich foods such as dairy, salmon, sardines, broccoli, kale, or calcium supplements should be a staple in every bodybuilder’s diet.

This mineral, like calcium, is present in the body in large amounts. Its directly linked to exercise metabolism since it produces high-energy molecules such as Adenosine Triphosphate (ATP) and Creatine Phosphate. As I mentioned, calcium and phosphorous should be kept at a 1:1 ratio. Phosphorous has been shown to increase muscular endurance and delay fatigue by decreasing blood lactic acid levels during exercise. Ample amounts of phosphorous should be available when consuming the typical high-protein/bodybuilding diet. If protein intake is lacking, phosphorous can be taken in a supplement form.

This mineral is an electrolyte that works closely with sodium to regulate water in the body. Potassium plays a role in how nerves communicate with muscle cells, resulting in muscle contractions. When potassium levels become unbalanced, dehydration, muscle cramps, and weakness can occur. Be sure to regularly consume foods rich in potassium such as potatoes, broccoli, bananas, and squash.

Iron is a constituent of hemoglobin, which is responsible for oxygen transport and oxygenation of muscle tissue. The more oxygen you can supply to the muscles being trained, the quicker you will recover in between working sets. Iron deficiency can lead to less oxygen-rich muscle tissue throughout the body, and this can lead to a bodybuilder or strength athlete exhausting much faster in the gym.

It’s estimated that 80 percent of all Americans are deficient in magnesium. This number could be even higher among people who exercise, as the more you sweat, the more magnesium is lost. This mineral is responsible for over 300 biochemical reactions in the human body, ranging from muscle and nerve function to protein synthesis. Deficiency in magnesium has been known to cause insomnia, anxiety, and panic attacks. Magnesium is important for maintaining proper muscle and nerve function. It’s also vital for a regular heartbeat. It appears that adequate amounts of magnesium benefit bodybuilders by enhancing energy production and protein synthesis. Muscle pumps and cell volumization are also highly dependent upon magnesium. Because magnesium is involved in so many processes that directly affect muscle function and energy production, it’s probably the single most important mineral for bodybuilders. A recently published research study from Western Washington University in Bellingham showed that magnesium supplemented subjects exerted greater quadriceps force than those that weren’t given magnesium. There is no doubt that magnesium plays a vital role in optimal health and optimal performance among bodybuilders. Good sources of magnesium include nuts, pineapple, rice, spinach, rye, soybeans, and oats.

Minerals are critical for optimal performance and health. Deficiency in any of the mentioned minerals can impair muscle growth and function. Too much of any one mineral can cause an imbalance of another mineral. A blood test can be done to determine if any minerals are lacking or unbalanced. Bodybuilders who care about health and performance shouldn’t overlook these critical dietary components.