Newer PostIs Super League the New IFBB for Athletes?
Older PostA Closer Look at the ShopWell App
Share on FacebookShare on TwitterShare on LinkedinShare on Pinterest 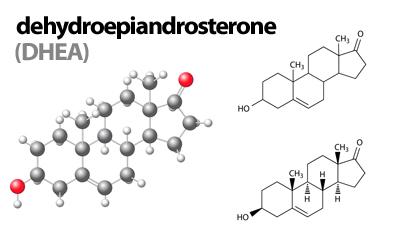 When DHEA first appeared on the market as a supplement in the early 1990s, manufacturers hailed it as the anti-aging product. DHEA supplementation could reverse almost every imaginable effect of aging, if you believed the industry’s claims.

This is no longer the case. DHEA even suffered from a negative image for a long time, until more recent studies started to show some positive effects. Most of these studies are about the effect of DHEA on body composition by the way.

Study
The Italians were curious as to whether they would observe these positive effects of DHEA in trials that had involved older men. They found 200, but only used 25 of these in their meta-study. The average length of the trials was 36 weeks, and the Italians had data on just under 1400 men in total.

Results
DHEA supplementation boosted the total concentration of testosterone [TT] in the blood by 1.2 nanomoles per litre, and of estradiol by 25 picomoles per litre, the researchers discovered. Both effects were statistically significant. 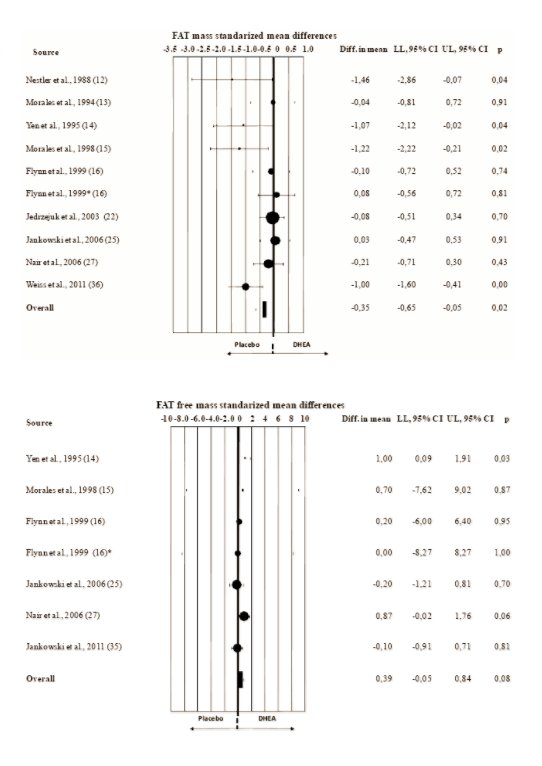 They found no statistically significant effects of DHEA on bone mass, cholesterol balance or the concentration of triglycerides and glucose in the blood.

CONTEXT:
Age-related dehydroepiandrosterone (DHEA) deficiency has been associated with a broad range of biological abnormalities in males.

OBJECT:
Our objective was to meta-analyze all double-blind, placebo-controlled randomized trials (RCTs) investigating the effect of oral DHEA (DHEA supplementation) in comparison with placebo on sexual and metabolic outcomes in elderly men.

DATA SOURCE:
An extensive Medline Embase and Cochrane search was performed including the following words: DHEA, RCTs, and males.

DATA EXTRACTION:
Data extraction was performed independently by 2 of the authors (A.S. and V.G.), and conflicts were resolved by the third investigator (G.C.). The quality of RCTs was assessed using the Cochrane criteria.

RESULTS:
Of 220 retrieved articles, 25 were included in the study. The available RCTs enrolled 1353 elderly men, with a mean follow-up of 36 weeks. DHEA supplementation was associated with a reduction of fat mass (standardized mean difference of -0.35 [-0.65 to -0.05]; P = .02). However, the association with fat mass disappeared in a multivariate regression model after adjusting for DHEA-related metabolite increases such as total testosterone and estradiol. In contrast to what was observed for fat mass, no effect of DHEA supplementation in comparison with placebo was observed for various clinical parameters including lipid and glycemic metabolism, bone health, sexual function, and quality of life.

CONCLUSIONS:
The present meta-analysis of intervention studies shows that DHEA supplementation in elderly men can induce a small but significant positive effect on body composition that is strictly dependent on DHEA conversion into its bioactive metabolites such as androgens or estrogens.