Newer PostIs Your Sense of Smell Making You Fat?
Older PostWhen Extremes Are Unhealthy: World’s Biggest Hips
Share on FacebookShare on TwitterShare on LinkedinShare on Pinterest 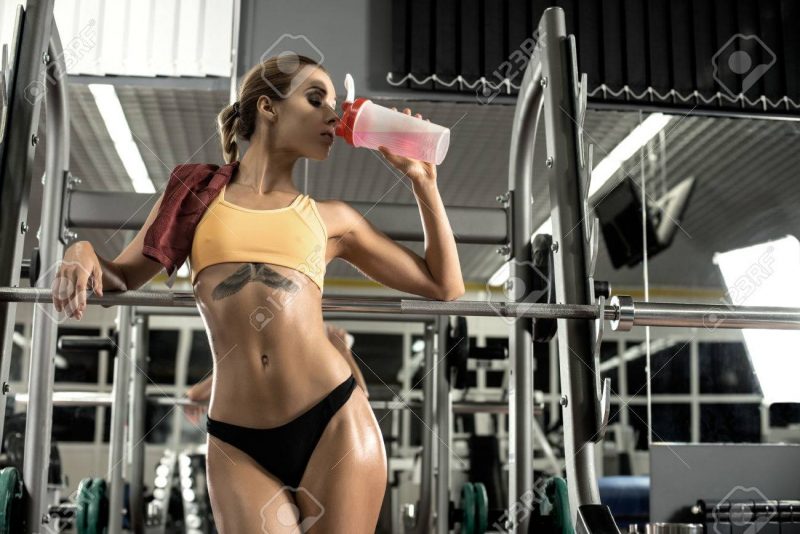 It’s no secret that American’s love their stimulants, some more than others. But, one thing is for certain, the energy drink category seems to be forever growing. With new brands popping up left and right, it’s saturating the market, yet not really changing the landscape as a whole to the point where it’s even putting a ding in big brands’ armor. One brand in particular, Atlanta-based KILL CLIFF is being looked at carefully and investors are chomping at the bit to get the brand in their crosshairs. While not exactly an energy drink, it stands next to some of the biggest brands in the market.

KILL BILL? No no. KILL CLIFF.

Not to be confused with the movie, KILL CLIFF is a recovery drink brand that is getting quite the buzz over the last few years. This stevia sweetened beverage goes toe to toe with other similar category leaders such as Red Bull, Rockstar, and Monster Energy. A brand rooted deep in military heritage, it’s roots run as deep as the Navy SEALs, thanks to Todd Ehrlich, former Navy SEAL and mastermind behind the creation of the beverage.

An investment group, Sunrise Strategic Partners, decided they wanted to stand with KILL CLIFF and go into the trenches to seek out new opportunities to grow their brand and further steal market share from some of the larger energy drink brands currently on the shelves and in coolers across the United States. You can find KILL CLIFF online at sites such as Amazon, and also in retail locations like The Vitamin Shoppe, GNC, and grocery stores. The brand is also very highly sought after by the CrossFit community and can be found in their locations as well. Due to their military backing, KILL CLIFF is also a regular among military bases.

This isn’t Sunrise Strategic Partners’ first rodeo in the space either. They work with health and wellness brands in their infancy stage to help them grow. Their current portfolio consists of brands like Perky Jerky, Kodiak Cakes, Vital Farms, and Pure Growth Organic (among others).

The CEO and co-founder of Sunrise Strategic Partners expressed that the brand was “Born in the Navy SEALs and raised in CrossFit gyms, KILL CLIFF has demonstrated a clear brand proposition and loyal following. We believe the product’s clean ingredient label will appeal to a wide range of consumers, and we are excited to team up with KILL CLIFF to help them expand the brand’s footprint in more gyms and grocery stores.”

While KILL CLIFF positions themselves as a recovery beverage, many people use them when in need of a lift. Sure, you have the guys who grab one after a workout to aid in recovery, but let’s be honest, post-workout majority of the people are grabbing something with protein in it—which KILL CLIFF as none.

Standing next to the likes of Red Bull in the coolers, KILL CLIFF slightly resembles the cans we are accustomed to seeing. Yet, some people might be turned off by the name or even confused as to what it is with the word “KILL” in it. They even have a flavor called BLOOD ORANGE. This might be a little overboard for some while right up the alley of others.

The drinks themselves are around 15 calories per can and come in a variety of flavors: blood orange, blackberry lemonade, lemon lime, pomegranate punch, and raspberry blueberry. All of those actually sound as delicious as they taste. Each can is loaded with electrolytes, vitamins, ginger root, ginseng root, green tea extracts, and enzymes. The brand refuses to use sugar, is non-GMO, and does not use any artificial colors or flavors in their products.

Most recently, KILL CLIFF has expanded their line and gotten into the coffee side of the market—which is actually a very profitable place to be. They came out with KILL CLIFF Clean Cold Brew, but unfortunately it appears that it’s currently unavailable or they simply discontinued it (no one from KILL CLIFF got back to me to confirm). However, multiple sources have told me the sad reality that from what they understand, it has been discontinued.

Who uses the product?

As mentioned earlier, many CrossFitter’s are using this product, in addition to quite a few who simply frequent large chains of gyms and fitness centers. With the help of Sunrise Strategic Partners, they are hoping to expand out into more markets and into more households.

One area that I see this product regularly is in the tactical and firearms community—which makes sense being that it has a military background and likeminded individuals generally support one another. Many firearms instructors seem to have an endless supply of KILL CLIFF at their disposal while instructing classes full of those interested in becoming more proficient with their firearms and self-defense strategies.

It’s good to see brands finding niches to get into and grow. Like KILL CLIFF, once they saturated the niche they wanted to be in, they then look to grow and expand into others. Too many times I feel as if brands jump in with both feet and have no true direction on what markets they want to focus on, they simply try to be in all of them all at once, which ultimately causes many of them to fail. Hopefully Sunrise Strategic Partners can help take KILL CLIFF to the next level and expand their customer-base.

If there’s one thing I’d like to toss over to KILL CLIFF, it would be to expand your product line. You have the name and the product. I’d get back into the coffee side of it, or at least have some products with caffeine similar to the cold brew line you once had. From there a straight energy drink would also align with your market and those who frequently purchase your beverages. Stimulants are huge these days and with the marketing behind your brand, you could blow up a true energy drink. Think about it. And when you decide to run with it, let me know and I’ll give you my info for where you can mail the royalty check.