Newer PostDonating Blood for YOUR Health Benefits?
Older PostSite Injection Growth – Fact or Myth?
Share on FacebookShare on TwitterShare on LinkedinShare on Pinterest 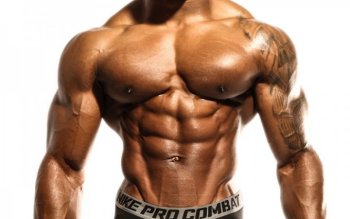 Elite athletes who used steroids decades ago are more likely to suffer from depression, anxiety disorders and ruptured tendons – but not from cardiovascular disease. Addiction researchers at the University of Gothenburg in Sweden discovered this when they studied 683 former elite athletes. The study also suggests that steroid use reduces the chance of prostate enlargement and libido problems.

Study
The researchers questioned Swedish elite athletes who had performed sports known for their steroids use, such as powerlifting, weight lifting, wrestling, shot put and discus, between 1960 and 1980. The researchers asked the athletes about any serious health issues they had encountered in their life. Of the 683 athletes who had filled out written questionnaires, 143 said that they had used steroids and reported how long they had done so during their athletic career.

Results
The figure below summarises the more or less statistically significant relationships. Steroids use increases the chance of ruptured tendons, depression and anxiety disorders in the long term, but reduces – which is strange – the chance of prostate enlargement and decreased libido.

The most noticeable thing about this epidemiological study, however, is what the researchers didn’t find. Where are the cardiovascular diseases? The strokes? The heart attacks? They are nowhere to be found. The Swedes suspect that the participants used such low doses in the 1960s and 70s that the likelihood of long-term cardiovascular health defects was minimal.

Conclusion
“Former anabolic steroids abuse does seem to have a strong association with psychiatric problems, such as depression and anxiety,” the Swedes summarised.

“Interestingly, a former anabolic steroids abuse, especially if the abuse was not as advanced, seemed to give a lower incidence of prostate hypertrophy, which probably is explained by an anabolic steroids induced relative hypogonadism rendering a lower prostate volume, but does not readily explain the observed decreased libido.”

“However, these findings should be seen as hypothesis generating and further studies are needed.”

Objectives
The aim of the present study was to investigate the association between somatic health and former abuse of AAS in former elite male athletes 30 years after the end of their active sports career.

Methods
N = 996 former elite male athletes were sent a questionnaire concerning sociodemographic variables, previous and past sport activity and lifetime prevalence of seeking professional help for health problems. N = 683 (68.6%) answered the questionnaire. The lifetime prevalence of AAS-abuse was 21% (n = 143), while 79% (n = 540) did not admit having ever used AAS.

Conclusions
A former AAS-abuse seems to be associated with some somatic and mental health problem, although a former less advanced AAS-abuse is related to lower incidence of prostate hypertrophy. The results raise the question whether some of these associations might be dose- and frequency dependent. These findings should however be seen as hypothesis generating and further studies are needed.