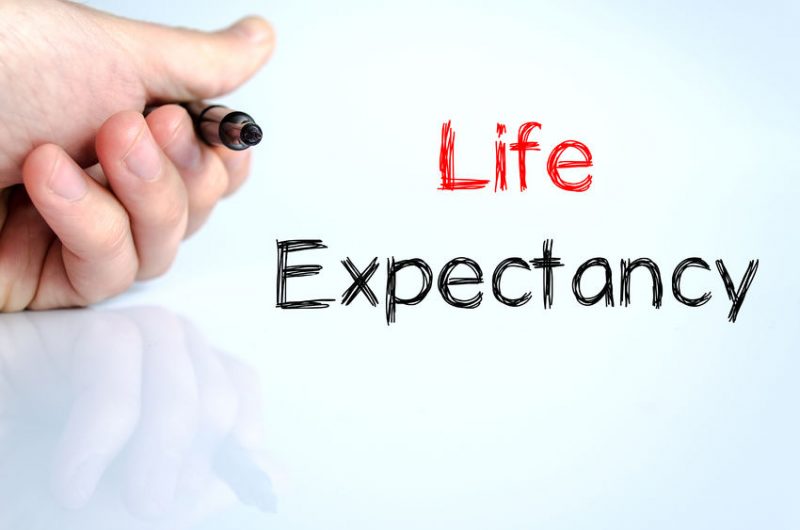 Life expectancy is one of those morbid topics that not many people want to think or talk about. Maybe I just have a twisted thought process which makes me wonder ultimately at what age it’s going to be my turn to leave this earth? With modern medicine and technology these days, you would think people would be living well into their 100’s, but that isn’t the case. Why is that? This article I’m going to discuss some of my thoughts on life expectancy and what factors come into play.

I’m going to start off this article with a disclaimer. The contents in this article are my thoughts and opinions, some will agree while others will not. Some of the things mentioned in the article WILL BE controversial, but I want people to look at the big picture and if certain things that are supposed to help us are actually what in the long run could send us to an early grave.

Where are we right now?

To get a fair shake of all of this, I went back to 2014 to get my life expectancy numbers. The US life expectancy as of 2014 is 78.94 years. While some of you might think that’s actually pretty good, we actually trail many other places such as Japan (83.59 years), the United Kingdom (81.06 years), and Canada (81.96 years). It seems like each year the numbers for the US go up slightly. The question becomes, will they keep rising or will there eventually be a fall? In my opinion, I think before long we are going to see a fall and below are some of my reasons.

Take a good look around you. There are people EVERYWHERE. Now look around your city. Lots of new construction taking place, new neighborhoods and homes being built to house the population that steadily grows. Now look at the people in the community you live. Some are healthy, while some are plagued by disease such as cancers and other illnesses. There’s going to come a time where the US is going to be way more overpopulated than it already is if the life expectancy rate continues to climb. How do we keep this from becoming out of control? Easy, they stop coming out with drugs to cure disease. It’s called population control.

If you cure everything that is out there today, assuming people live a somewhat healthy lifestyle, they could live well into their 100’s. Easily. However, if “they” meaning the government prevents new medicines from hitting the market, they have the ability to control our growth as a population. While more people means more money for them from taxes, it seems as if they always have their hands in different aspects of our lives whether we realize it or not.

Cancer in my opinion is one of the largest forms of population control out there. There are scientists out there who have claimed they can cure cancer. Yet, the government pushes them to the side saying they need more data, more research, toss more money into it, until the money has dried up and the scientists can no longer fund their own research and it comes to a screeching halt. Then, even if they CAN, the government never allows the drug to be produced by any of the large pharmaceutical companies. Why? Population control. They will never cure cancer. I’m almost sure of it. Of the millions of people who die every year from cancer, double that number is about how many new cases of cancer are diagnosed each year. It’s predicted that the number of cancer diagnoses will increase about 70% in the next two decades.

An interesting thought to also consider is where are we going to put people decades down the road after they pass away and we used up every inch of the US for homes, businesses, etc.? It’s not like every turn you make you see a cemetery being built. So, where exactly are all of these deceased people supposed to go? We are eventually going to run out of room when we use up all of our resources.

This is OUR choice. One of the few things we CAN control. If we CHOOSE to exercise and eat a sensible diet, we have the ability to improve our health, boost our immune system, and ward off illness and disease (not all). All of this helps us live longer. Yet, there are choices out there that can negatively affect our health such as consuming a diet high in sugars, eating too many calories, and lack of exercise.

When it comes to our health, the government doesn’t have our best interests at heart. They want to support the markets that make them the most money—corn, sugar, grain, and others. All things that we should for the most part keep out of our diet. So, while you’re out there exercising, the food you put into your body could be doing more harm than you’d imagine. Not every calorie is simply a calorie. It’s much deeper than that unfortunately and that’s a piece of the equation that not many people understand.

Have you ever taken notice how much more expensive healthy food choices are? Look at the difference between regular fruits and vegetables and then compare the prices to those of organic. Or look at the difference in price between grass-fed cows and the alternative. Again, a noticeable price difference. It’s not cheap to eat healthy, but the consequences are far worse than paying a little extra up front for your health and longevity.

Government likes to control pretty much everything we do. They claim to be looking out for our health, but it seems like that’s only true when they are making money from us. If government really wanted us to live long and healthy, why would they still stand behind tobacco products like cigarettes? Look at the deaths from smoking each year. Tobacco is single-handedly responsible for killing seven million people every year. Six of that number are due to individuals themselves smoking with around one million being people who were exposed to second-hand smoke.

So, if you have something that is responsible for the death of over seven million every year, why would you do nothing to stop it? Why? Because it makes the government a lot of money. Why else? It goes back to the first topic—population control. They make it seem like they are trying to slow down sales by applying more taxes to the sale of cigarettes, yet they aren’t dumb, they know they are going to make more money from the sales tax because people are addicted and won’t give them up. The only thing it’s doing is shrinking the wallets and bank accounts of the American people.

Pharmaceutical companies have us by the balls

This topic is probably going to be the most controversial from both ends of the spectrum. Therefore, I’m just going to lay it all out there when it comes to my take. I think pharmaceutical companies are a bunch of snakes. An industry that started off being about improving health has turned into an industry of groups wanting to pull you in and causing you to be a “user” for life. They have you by the balls. Have you ever read the warnings on the labels or the side effects? That right there should be enough to have you thinking about if you want to use it or not. One medication might manage (key word, manage) an illness, but it can cause something else to happen that will have you going back to the doctor for another prescription, and the cycle repeats. Before you know it, you stop eating dinner because you’re taking 20 pills at a pop and you don’t have any more room in your stomach for food.

Not only that, but have you seen how much the price of prescriptions are if you don’t have insurance that covers it? You might as well start donating organs, hair, blood, sperm, and whatever else you can afford to give up. You can’t pay out of pocket for medications these days and have a savings accounts.

But, doctors are also playing the game these days. None of them look at the root of issues, they all simply pull out their notepad and write you a script to go get filled at your local pharmacy. The even worse part is that doctors don’t pay attention to (or aren’t bright enough to understand) the interactions that come along with combining certain medications. Some combinations can be extremely dangerous and deadly.

The days of focusing on health and wellness have been thrown out the window. Nowadays, the focus is on getting people on prescription drugs, having the drug manage their condition so they need to keep using the drug for the rest of their life, and hoping they get a side effect that can cause them to come back for another one of their prescription drugs.

Where I see life expectancy heading in the future

As you saw above, in the next twenty years, the rate of new diagnoses for cancer will go up 70%. With no cure for cancer out there, I personally feel that we are going to see the life expectancy for the US drop. As more and more Americans lean on the use of prescriptions, it further gives power to big pharma and feeds into their plan of grabbing consumers and holding onto them for the rest of their lives.

Now look, I get it, we do need prescriptions for some forms of management. If you need the drug just to live, like as with insulin, then so be it. I don’t want to come off as being completely against big pharma (there’s maybe 5% of me that backs pharmaceutical companies). But many people can cure some of the more common things they take prescriptions for such as high blood pressure, high cholesterol, etc. by simply being more self-conscience and putting in the effort to change the way they live. It’s not difficult and gets to the root cause if you can exercise and clean up your diet. Taking a pill doesn’t fix the poor behavior that caused the problem in the first place. You can’t simply think that by putting a Band-Aid over a bullet hole that you fixed the problem. It goes much deeper than that. And no one wants to take responsibility for their actions these days because they know there’s a pill out there that can help them.

I also don’t feel that more people are going to take control of their life and start exercising and watching what they eat which will further increase the risk of obesity which will cause health issues, initiating the use of prescription drugs, and you see how that rabbit hole goes.

You don’t have to agree with me, and that’s ok. But if you think the government or big pharma is out there to help us, you’re mistaken. What once was ABOUT THE PEOPLE is now ABOUT THE MONEY. Disease and illness will rise in coming years, and the life expectancy in my opinion will fall. Do I know this as a fact or scientifically? Nope. It’s just a feeling I have based on the way I see things going.