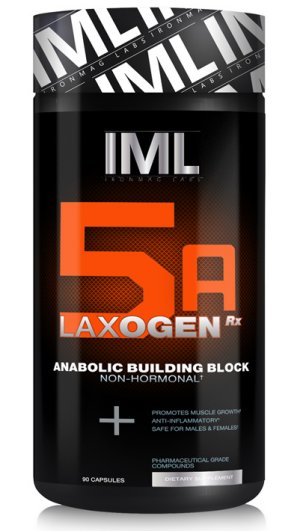 With a complete ban of all prohormones in 2014, supplement companies were left scrambling to find ingredients that could replace the many prohormones that are now considered controlled substances. In the past, supplement companies were able to change the structure of a banned prohormone. The change in structure would be slight enough that it would possess all of it’s former anabolic and androgenic properties, but the change would be enough to separate the compound from the list of illegal prohormones. This loophole was closed in 2014 with new legislature, and this forced companies to explore different avenues to find prohormone replacements.

Companies began looking into a group of plant compounds referred to as brassinosteroids. This is where Laxogenin, also known as 5 alpha hydroxy Laxogenin, was found. I say found and not discovered because Laxogenin has been known about for some time. Studies on Laxogenin appear to have begun in the old Soviet Union, with research papers there dating back to 1976 and even earlier when looking at this brassinosteroidal compound. It’s been reported that Laxogenin was discovered in the 90’s, but there is scientific literature available that references this compound, dating back to 1965.

Laxogenin is a steroidal sapinogen that is derived from the Smilax Sieboldii, a plant native to Japan and China. This plant steroid is very similar in structure to ecdysterone. Because of this similarity, it would be easy to discount the effectiveness of Laxogenin at first glance. Ecdysterone was once, and sometimes still is, hyped up as being a potent testosterone enhancing supplement. It has proven to fall short of the hype and most expectations. It would be easy to speculate that Laxogenin would have comparable results since they are structured similarly, but that doesn’t appear to be the case at all. In fact, Laxogenin may be producing results that far exceed what was originally claimed. How often does that happen today in the supplement industry? How about rarely to never.

Reports have shown that Laxogenin increases protein synthesis by over 200%. This is a significant jump in a process that is responsible for muscle repair and muscle growth. Many have compared Laxogenin to Anavar, even going as far as stating it has an anabolic/androgenic ratio that is comparable to the steroid. I believe this is a far reach as Laxogenin appears to exhibit some of its muscle building effects through different pathways than that of Anavar.

Laxogenin is known to increase muscle recovery and growth by inhibiting cortisol. High levels of cortisol make it extremely difficult to gain muscle and burn body fat. It has also been shown to control glucose and increase thyroid function. Laxogenin shows to have some very profound anti-inflammatory effects. I recently explained how important controlling inflammation is for muscle growth in the article, “How Inflammation May Affect Your Gain.”

Laxogenin has no influence on testosterone and estrogen levels in the body. Because of this, it does not affect your HPTA (hypothalamic-pituitary-testicular-axis), meaning it will not shut down natural testosterone production. While it’s mechanism’s aren’t yet fully understood, it could be concluded that much of it’s muscle building effects come from its ability to limit cortisol and inflammation while controlling glucose and increasing thyroid function.

Unlike most other oral compounds that increase protein synthesis, Laxogenin is not liver toxic, and it wont trigger a positive steroid test. This compound is fairly fast acting, as users often report increases in strength and muscle mass within the first 7-14 days of use. Since it’s non-toxic, and doesn’t impact natural hormone production, Laxogenin is often supplemented for 3-4 months at a time, and users are experiencing consistent muscle gains throughout this period. Dosage usually ranges from 75-150mg per day, broken up among three doses.

Laxogenin is an interesting compound that is starting to really catch on, and for good reason; it works. This plant steroid is an excellent choice for anyone who wants to remain natural, or for a steroid user’s PCT. Laxogenin is an all natural ingredient that can lead to the type of dramatic new muscle growth that usually only occurs with using certain anabolic steroids.