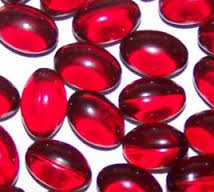 Are your cholesterol levels worsening? Are you a candidate for statins and you’d prefer not to be? In that case, a human study that Canadian researchers published in Alternative Medicine Review a while ago suggests that krill oil is an interesting option. A hefty dose of the stuff can work wonders with your HDL, LDL and triglyceride levels.

Study
Krill oil supplementation: big boost to HDL and lower LDL
The researchers divided 120 subjects aged between 18 and 85, all of whom had slightly raised levels of LDL or triglycerides in their blood, into four groups.

The researchers used krill oil produced by Neptune, a Canadian manufacturer. It is not entirely clear what Neptune’s role in the study was.

Results
There was no change in the concentrations of HDL, LDL and triglycerides in the placebo group.

The daily dose of 1 or 1.5 g krill oil boosted the subjects’ HDL by 44 percent and lowered their LDL by 32-35 percent. Their triglyceride concentration decreased by 11-12 percent, but the effect was not quite statistically significant.

The 2-3 g dose of krill oil had an even greater effect. That dose boosted the HDL level by 55-60 percent and reduced the LDL by 37-39 percent. The triglyceride concentration went down by 27-28 percent. All effects were statistically significant.

At the end of the 90 days the researchers got the subjects who had taken 1-1.5 g krill oil to take 0.5 g krill oil daily for another 90 days. This turned out to be an effective maintenance dose.

Conclusion
“The results of this clinical trial demonstrate that daily doses of 1-3 g krill oil are significantly more effective than 3 g EPA/DHA fish oil in the management of hyperlipidemia”, the researchers wrote. “Furthermore, a maintenance dose of 500 mg krill oil is significantly effective for long-term regulation of blood lipids.”

“The unique molecular composition of krill oil, which is rich in phospholipids, omega-3 fatty acids, and diverse antioxidants, surpasses the profile of fish oils and offers a superior approach toward the reduction of risk for cardiovascular disease.”

Evaluation of the effects of Neptune Krill Oil on the clinical course of hyperlipidemia.

METHODS:
A multi-center, three-month, prospective, randomized study followed by a three-month, controlled follow-up of patients treated with 1 g and 1.5 g krill oil daily. Patients with hyperlipidemia able to maintain a healthy diet and with blood cholesterol levels between 194 and 348 mg per dL were eligible for enrollment in the trial. A sample size of 120 patients (30 patients per group) was randomly assigned to one of four groups. Group A received krill oil at a body mass index (BMI)-dependent daily dosage of 2-3 g daily. Patients in Group B were given 1-1.5 g krill oil daily, and Group C was given fish oil containing 180 mg eicosapentaenoic acid (EPA) and 120 mg docosahexaenoic acid (DHA) per gram of oil at a dose of 3 g daily. Group D was given a placebo containing microcrystalline cellulose. The krill oil used in this study was Neptune Krill Oil, provided by Neptune Technologies and Bioresources, Laval, Quebec, Canada.

RESULTS:
Krill oil 1-3 g per day (BMI-dependent) was found to be effective for the reduction of glucose, total cholesterol, triglycerides, LDL, and HDL, compared to both fish oil and placebo.

CONCLUSIONS:
The results of the present study demonstrate within high levels of confidence that krill oil is effective for the management of hyperlipidemia by significantly reducing total cholesterol, LDL, and triglycerides, and increasing HDL levels. At lower and equal doses, krill oil was significantly more effective than fish oil for the reduction of glucose, triglycerides, and LDL levels.