Newer PostA Bodybuilder’s Favorite – Chipotle – Under Fire AGAIN!
Older PostWhy Do Bodybuilders Get the Cold Shoulder from Society?
Share on FacebookShare on TwitterShare on LinkedinShare on Pinterest 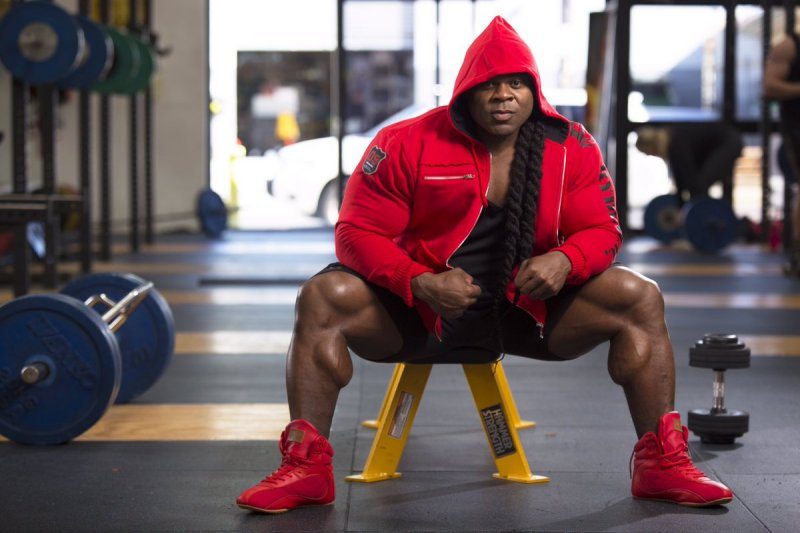 Perennial Mr. Olympia runner-up and Arnold Classic champion Kai Greene will not be doing this year’s Mr. Olympia – the biggest show in the sport of bodybuilding. This marks the third year that Greene, a so-called people’s champion, has let down – the people. The fan feedback has become so overwhelming, that it won over IFBB USA and NPC President Jim Manion to offer Greene a special invite. This gesture would have allowed Kai to bypass qualifying – a roadblock most Top 5 Olympians avoid each year, thanks to automatic qualification. Giving Kai this rare privilege, would have also ensured he wouldn’t have had to peak twice in one year and could’ve spent a nearly-full prep getting ready for the O. Not only did Greene not decline, but he snubbed Mr. Manion by not even having the decency to acknowledge the offer, publicly.

Weider/AMI was also watching the time pass, scratching their heads as to whether a decision would ever come, and unable to include Greene in promotional materials without some kind of confirmation. Kai has a longstanding feud with the print/digital giant, which I personally don’t understand, but which is allegedly the main reason he won’t compete on their stage. The only semi-concrete response came from Aaron Singerman, owner of RedCon1, who also has a stake in Greene’s Dynamik imprint. Singerman, apparently, didn’t even give the news to Mr. Manion, rather, he gave it to Dave Palumbo on a show at RxMuscle. Life is all about cause & effect, action and reaction, and this ordeal will cost Kai greatly.

Age is just a number – for many things, but bodybuilding is certainly not one of them. Age, particularly for male competitors, paints a very clear picture. Of course, detractors will point to Al Beckles or Dexter Jackson, who at 48, will more than likely maintain his Top 5 placing at yet another Mr. Olympia, but that’s not something most can do. At 42 years of age, one can only wonder why Greene is squandering away the last few, solid years left of his career.

Something needs to be said on that last point. There’s a categorical difference between simply making money and achieving your life’s purpose. Is it shallow of me to try to figure Kai out? Is it shallow of me, to be so cocky, as to believe that the Mr. Olympia would be a crowning achievement in Greene’s life? Do I know Kai, personally? No. Have I hung out with him? No. That having been said, Kai has been competing since a very young age – achieving considerable success both as a natty and later, as a mainstream bodybuilder. He battled for and earned a pro card, battled for and won the Arnold, and took runner-up placings at the Mr. Olympia. Greene eats, sleeps, and breathes, bodybuilding. He wants to be #1 and he wants to earn that position by defeating Phil Heath. It’s not enough to be the best, he wants to win against the top guy. As The Gift prepares to earn his 7th Sandow – NOW – would’ve been the ideal time to reemerge, denying him the chance to make history. Coleman was unable to get nine, because Cutler was relentless, always making him take it to 100%, and in 2006 when even at, arguably, 95%, Coleman just couldn’t hang on. If anyone could legitimately stop Heath, it’s Greene. So where is he?! 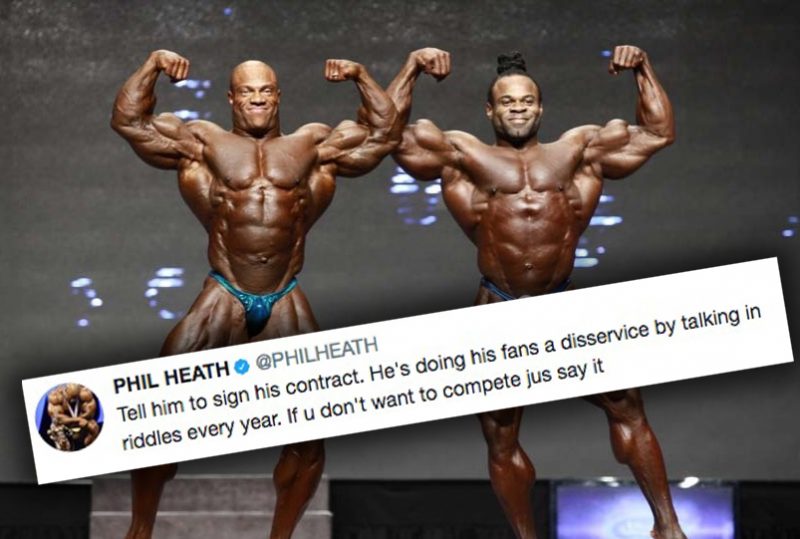 I won’t sit here and lie to you, like others might, to grab some popcorn headlines. Kai Greene has traveled the world, earned the allegiance of countless fans, and probably made a boatload of money for himself and his various business ventures. He has received the rock star treatment, even at a time when rock stars don’t. His entourage has been mobbed, in what could only be reminiscent of b&w reels from when The Beatles first landed in America. These travels are great for bodybuilding and truly present Greene’s undeniable ambassadorial qualities – a key component deliberated on, when crowning a Mr. Olympia. All the pleasantries aside, however, while Greene shaking hands and kissing babies is great for the sport, Phil Heath is back home, winning Olympia after Olympia, solidifying himself as the greatest bodybuilder (per # of Sandows) of all time. If Greene were to compete in 2018’s Mr. Olympia, it will be four years to the last time he got on that stage and at 43 years of age, no less. Those numbers don’t seem very good, and they get worse each and every year he sits out.

In addition to not competing in the Mr. Olympia, Greene also opted not to compete at this year’s Arnold Classic, either. In fact, he didn’t compete at all in 2017, raising concerns that he’s either semi-retired or too scared to compete again. The longer he waits, the greater the risk of him not being able to bring the package of old. If Kai places less than 2nd at the Olympia, that hurts his business. If Kai hadn’t won the Arnold (e.g. losing to Cedric McMillan), that could’ve seriously hurt his popularity & sales. Even worse, if Kai decided to do another show (not the Olympia or Arnold) and couldn’t win at that level, then he’d be in serious trouble. Again, the longer he sits out, the harder it becomes for him to regain his past momentum and quality.

From a business standpoint, Kai may be doing what needs to be done. The more he’s out there, with the fans, and traveling the world, the more products will be sold. Brick and mortar outlets in India, Pakistan, & China, have had a front row seat to just how popular Greene is in their own countries. Other companies and athletes can cite metrics and analytics reports. In Kai’s case, entire cities shut down upon his arrival! Stores & gyms will place big orders for his supplements, with re-order forms ready, and huge promotional campaigns – both from Dynamik and locally – ready to roll out. It’s a no-brainer and an easy way to make big money, with little to no risk. The question is, for how long will Kai’s legacy last, particularly without winning a Sandow? A better question would be, how much bigger & more popular could Kai be, even with one title (ala Dexter Jackson) to his name? 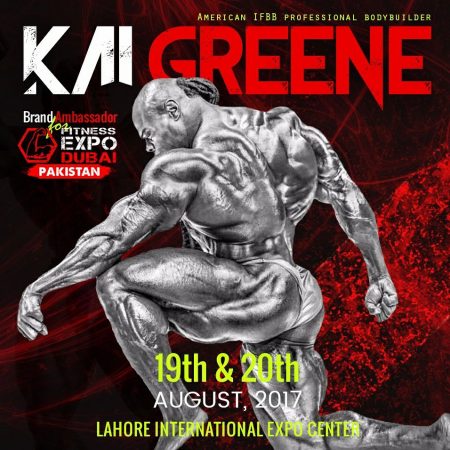 From a marketing standpoint, it becomes frustrating to have the World’s Second Best athlete, because everyone will consciously or subconsciously wish they had the #1 guy instead. Sure, some could argue politics, others could argue injustice, but the reality is – he’s never had the title. He never toppled Jay and he never toppled Phil. He always came really close, but he never sealed the deal. I will say, I do agree with Shawn “Flexatron” Rhoden (and others), in that there were at least two years where Kai beat Phil – but failed to knock him out. Kai never knocked out Jay or Phil, and whether right or wrong – that’s the only way to strip a defending Mr. Olympia of his spot on top. There is at least one indirect exception I can think of, however.

Phil is now in largely uncharted waters. In over 50 years, only 1 man has won 7 Sandows. Only 2 men have won 8. No man has ever won 9. As Heath enters the next level of his career, he’s now battling for his place in history. Perhaps now, he won’t win unless he’s 100% – totally perfect. That slight edge given to the reigning champ, in light of the monumental achievements that lay before him, may disappear into thin air. Without that slightest of slight edges present, it could certainly open the door.

If there is a new Mr. Olympia and a new era begins, how sad would it be for Kai Greene to be away from the action, being a businessman and not a bodybuilder. The sport needs to grow and if toppling Cutler or Heath at his prime weren’t possible, I find it highly unlikely that Greene will be able to topple a new champion at 43 and four years removed from the Olympia stage.

Maybe this is it for Greene – for now. Maybe the next time we see him competing, will be in a decade or more, for a Levrone or Wheeler like comeback. Maybe he’ll never announce retirement – like he never accepted or rejected Jim Manion’s special invite to compete at the Mr. Olympia. With Kai, who knows?