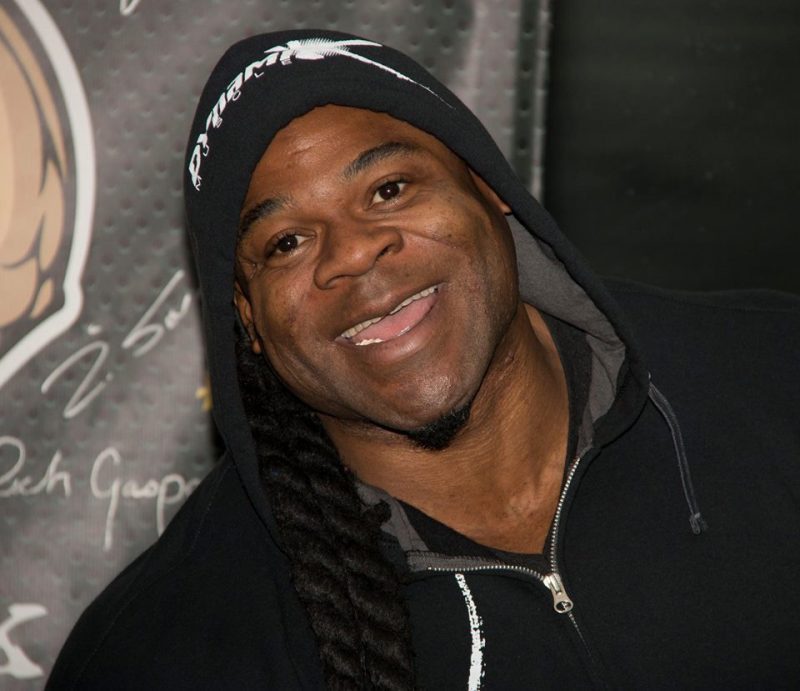 In many ways, and to many people, Kai Greene has become the people’s champion. He’s someone who people look to as the only person that can defeat Phil Heath. His absence has caused many to romanticize why he won’t compete and how majestic his return will be. Many folks throughout social media cry over politics, others say Kai is too controversial, and/or that the judges won’t let him win, for any number of absurdities. Social media “stars” have taken up Kai’s fight as their own, in a shameless quest for hits and subscribers.

A virtual culture has evolved, given Kai’s antics. It’s a legion of diehards that’s growing by the day. The reality is, before being a moviestar, a radio host, or a supplement mogul, Kai Greene is a bodybuilder and one of the best who’s ever walked the Earth. Mr. Jim Manion, President of the IFBB Pro League, is aware of Kai’s achievements, his potential, and his very real chances of winning the biggest title in the sport. Mr. Manion has made the very rare gesture of extending a special invitation to Kai to compete at this year’s Mr. Olympia, but the question is, how and when will Kai respond? There’s also the chance he never does. What would this mean to the sport? What would it mean to his own legacy?

Jim Manion is a name we all know. For many of us, especially those of us too young to have really seen Joe Weider at the helm, Jim has been the the single most instrumental, driving force in bodybuilding and fitness. He’s given his entire life to making the NPC the premier national amateur organization in the world. The National Physique Committee sets such a high bar, that there isn’t a single other national amateur organization comparable to it in any country of the world. The depth at the NPC’s four largest pro-qualifiers, easily bests that of the top tier of rival federations’ very best professional athletes. The IFBB would not be the premier, professional bodybuilding federation it is without the undeniable talent the NPC sends it.

When Jim Manion goes out of his way to help an athlete, bypassing the rules, in hopes of doing right by the sport & the fans, it warrants – at the very least – a response, followed by a big THANK YOU. We’ve been down this road with Kai before. We saw him ignore Robin Chang’s 11th hour invitation a couple years ago, only to wind up sobbing in a parking lot (on video of course) and not doing the show. As much as I like Robin and celebrate his hard work in the industry, ignoring Jim Manion would be a far worse offense in my humble opinion. Declining the offer could be done so in a classy manner. Accepting it would be a dream come true. Ignoring the offer & ignoring the man making it, would be an unforgivable act against the IFBB, the event, and the fans. 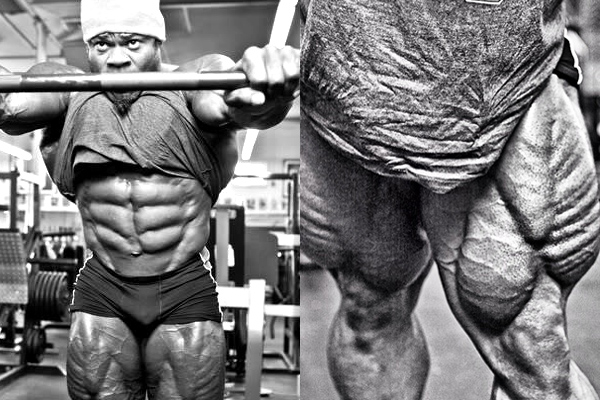 The response, as anything dealing with Kai, needs to be analyzed. I’m afraid to say, there’s nothing simple about The Predator. We know that many of the top bodybuilders have developed a soft spot for social media “stars,” especially one, Luimarco. This youtuber has risen to fitness industry super-stardom, gaining exclusive interviews with the biggest, most respected stars in our sport. In fact, if ever a news tip is to be leaked sources say, they will call him first. Initially, he wasn’t even a fan of Greene’s. In fact, he wasn’t even a fan of [IFBB] pro bodybuilding. Back in the day, he’d make fun of many bodybuilders for their supplement choices and glorified natural bodybuilding. Although I can’t speak factually as to what caused him to change his outlook, I can tell you that youtube earnings for covering natural bodybuilders don’t look anywhere near as lucrative as covering the likes of Phil Heath or Kai Greene! Who knows if Google money had anything to do with him falling in love with the sport. The bottom line is, per Luimarco’s own words, he’s made a point of not meeting most of the bodybuilders he discusses on his daily rants. He rarely attends expos and to my knowledge avoids contests. That all having been said, Lui claims that Kai Greene will be flying him out, all expenses paid, so that Mr. Marco may interview him. What makes this admission very interesting, is that on the same video, Lui asserts that Kai Greene will NOT be doing the Mr. Olympia. He makes a point of publicly stopping himself from speaking about any further, stating that doing so might overstep certain boundaries. The fact that Lui made a comment pertaining to Greene’s position on Mr. Manion’s offer is worrisome. Was that Kai’s idea of a response?

If in fact Kai plans on using youtube vloggers to communicate with the most important man in bodybuilding, then I can honestly say he’s lost his grapefruits, I mean his marbles.

There’s very little direct evidence here of anything, but there’s tons of circumstantial factors. Circumstantial evidence, despite objections raised on shows like Matlock, is actually really good, telling evidence! Many times, if you study the surrounding circumstances, you can come up with some pretty interesting connections. This is not to say that a combination of factors is comparable to the truth, but it is interesting. For example, the fact that Kai thinks so highly of Lui that he’s flying him out, suggests that Kai is well aware of Lui’s work. If Lui publicly asserts Greene won’t be doing the Olympia, almost immediately after Jim Manion’s offer, and no one from Kai’s camp refutes Lui’s account, then that, at the very least, is interesting. Wouldn’t you agree? Again, if Kai is reading this, I would just like to stress the point that the only correct way to speak to Jim, is by you picking up the phone and speaking to him directly. Show that man the respect he deserves; the respect he’s more than earned.

But let’s say Kai declines – no harm there, but as anything dealing with Kai, it needs to be analyzed further. I’m afraid there’s nothing simple about The Predator. If Kai says no – and does so in a classy manner – then he will have to do it in such a way as to dissuade his hardcore fans from attacking Weider/AMI, the IFBB, and the judges. The danger in Kai turning Jim down, is that he may not elaborate as to why and/or may leave a bitter taste in the mouths of his most hardcore fans. Many of the people I’m referring to aren’t even truly bodybuilding fans, rather, they’re fans of the social media stars that have hitched their wagons to Greene’s and a small number of other top tier IFBB Pros’ fame. These “online fans” are largely responsible for wreaking havoc and chaos, despite never actually buying magazines, tickets to shows, or even supplements or gym memberships. Nonetheless, their attacks are very real and very much incessant online. If Kai declines, he should specify why (e.g. he’s not ready, too busy, or simply not interested). He needs to spell it out. He needs to man up and take on the huge responsibility of being a true icon in the sport. If he leaves anything to chance (e.g. suggesting he’d never be “allowed” to win or that it wasn’t a real offer), this will embolden those attacking the IFBB and only serve to hurt the sport.

Let’s assume Kai accepts. This too should be scrutinized. Ideally, if he accepts, he’ll do so promptly, so that fans can make arrangements to attend the show, the media can prepare, and AMI will have time to include him in marketing materials. However, like some of Kai’s fans have already pointed out, there’s no deadline for Kai’s decision. Nonetheless, there’s a way to do things. There’s the right way and there’s the wrong way. If Kai accepts, it should be done in the form of a SIGNED, SUBMITTED, & ACCEPTED contract. Could you imagine the substantial damage that would be done to the Mr. Olympia if he accepted verbally (even if on social media), was then included in all the promotional materials, with thousands of fans buying tickets & traveling to Las Vegas from all over the world, only for him not to show up? Even with a signed and submitted contract he might still not show. He could be sued and lose, but the damage would still be done. It’s outrageous that we’re even having this discussion. Why doesn’t Kai just do the damn show and get ready for the Battle of All Battles – or – just say: no thank you?!?! What’s up with all the theorizing? Either say YES or NO, KAI, and let’s move on!

The absolute best outcome is that Kai accepts the offer in his own words, speaking for himself, and that he gets excited about the event, after submitting a signed writing to Weider/AMI. Hell, sign it on Instagram/Facebook Live on Generation Iron, at a big gym, sell tickets to it. Sell out of all the Dynamik Muscle products, sell out of all the t-shirts, have your own press conference, invite mainstream media as well as the bodybuilding one! Once that’s done, THEN disappear (if that’s what you want to do). Go Dorian style, hunker down, and hit it hard dungeon-style and reemerge Olympia weekend. I guarantee you that your prep will be the MOST TALKED ABOUT process in bodybuilding history. Whenever you decide to go shopping at Costco, everyone will scrutinize your grocery list. Cashiers who rang you up will suddenly become stars (lol), being showered in pre-workout and protein powders to share their impressions of your Godlike physique. (Lol)

If you win, your career will be complete. Just imagine winning the Sandow and then announcing your retirement. Phil would be livid! You’d deny him the re-match, attributing it to the metaphysical limitations of solar exploration, and then ride off into the sunset. You’d break his chain of wins! In fact, he might be so devastated, that he might discreetly separate himself from everyone, go outside, find a curb to sit on and cry out loud while cursing his silver medal.

So what do you say? Are you in?