Kai Greene Gets Olympia Invite: Will He Compete? 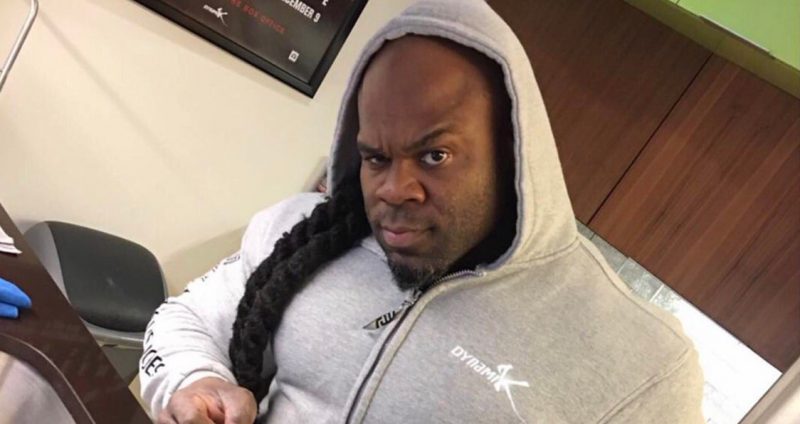 Kai Greene left the Olympia stage a few years back and swore you would never see him on stage in Vegas ever again. He felt as if he was done wrong by the IFBB and Robin Chang and as it has played out, we haven’t seen him go toe to toe with Phil Heath or other top five competitors for quite some time. Yet, in a strange interview with IFBB President, Jim Manion, Kai was indirectly given an invite to the 2017 Mr. Olympia contest.

For a feature on FLEX online, Peter McGough, interviewed Jim Manion about the upcoming Olympia and was looking to paint a picture of if Jim felt Phil Heath could be beat. During the interview, a conversation about Kai came about. Jim gave this thoughts and praise to Kai and said he would love to see him competing again, but he was unsure what show George (Kai’s coach) was thinking about having Kai enter. He already missed out of all the shows thus far in 2017, however, in the FLEX interview, Jim Manion told Peter McGough that he would honor an invite for Kai to allow him to compete in the Olympia, similar to what was given to Kevin Levrone last year.

Is this an olive branch?

As much as everyone wants to deny it, there seems to be a beef going on between Kai and the IFBB. Is this invite to the Olympia their “olive branch” to try and get Kai back on the competition stage? Honestly, none of us are even positive that Kai is aware of the situation, yet I’m sure someone has filled him in. What do I mean by this? Well, Jim Manion never reached out to Kai directly from what we know. It appears that Jim simply made the statement in the interview saying if Kai is reading this, he has the invite to step on the Olympia stage. In my opinion, the way it was handled was kind of disrespectful. If you want the man to compete and give him an invite, send him a letter, give him a call, whatever. Don’t put it in an interview.

So, will Kai accept? Good question. It can honestly go either way how I see it. Kai keeps talking about working towards your goals, and we all know one of his goals was to win the Mr. Olympia title. That’s one piece of his career/legacy that is truly missing. Kai is one of the greatest and most entertaining bodybuilders on the planet, but he’s still missing that Sandow trophy. He and Phil have been going back and forth for years, and how sweet it would be to walk on stage and snatch the 2017 title from Phil’s hands. The ball is in Kai’s court. However, he has is hands in so many things right now, that it might not even make sense professionally and financially for him to do the Olympia.

Kai is doing what many in the industry wish they could do, and that’s have a career away from the stage. Kai is acting, directing, doing tv shows, and pursuing his interest in the entertainment world. He has his supplement brand which seems to be doing “just ok” from what I hear, as well as his clothing line that stems from the supplement side of the business. In addition, Kai could easily be selling his artwork. If you have ever watched Generation Iron, you would see how artistic Kai is and many of the pieces he has painted. I’d hate to be like Jim Manion, but personally, if he’s reading this (since I don’t have his phone number), I’d love to get a piece of his artwork for my office. I’ve actually mentioned this a few times, which goes to show my content isn’t on his radar (LOL).

All that being said, Kai really doesn’t need to step on stage anymore, he’s making a living outside the sport, so to speak. Does he have some unfinished business? I think so. Will he regret not trying harder to jump back on stage and win the Olympia? I think as time passes he most certainly will if he decides not to compete this year after a special invite.

Will he compete at the Olympia?

My gut is saying no. And it has nothing to do with him getting ready for the show, he has plenty of time and is always in decent shape year-round. I think whatever happened in the past has damaged his pride and he refuses to do the Olympia. Does this mean we will never see him on any stage ever again? No, I wouldn’t necessarily say that. In fact, I can see him doing more shows in the future, just not in a city named Las Vegas.

The Arnold would be a great place for Kai to come back to. Another would be in his backyard at the New York Pro. Will he do it? Who knows. Right now, Kai seems to be enjoying himself and his ability to be artistic and entertaining. It doesn’t appear like he misses the stage at all. Yet, for the sake of the sport, I hope we haven’t seen Kai’s curtain call as I feel he has many great years of competing left in him and many more chances to potentially take home the Sandow that has been missing in his trophy case. But, only time will tell what Kai decides to do.