Newer PostDo You Believe People Who Don’t Walk the Walk?
Older PostLooking to SEAL the Deal with a Recovery Drink
Share on FacebookShare on TwitterShare on LinkedinShare on Pinterest 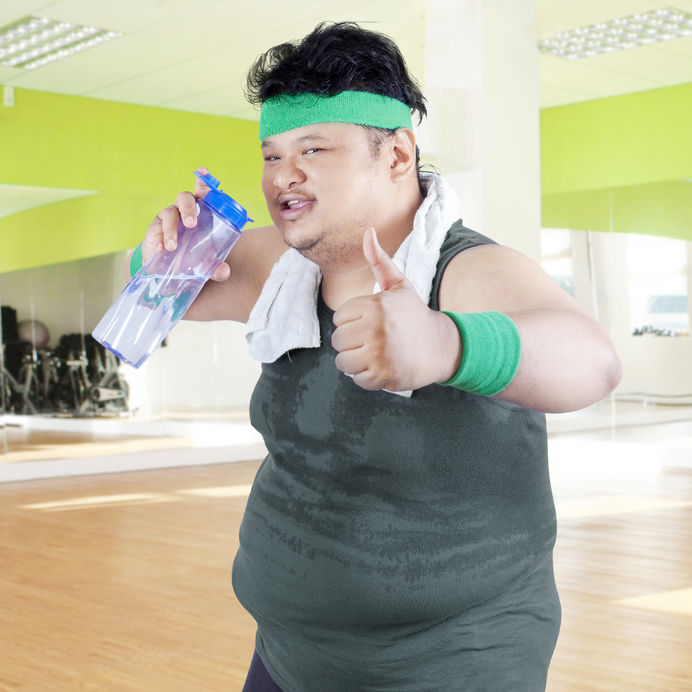 Our senses play a key role in our everyday life, and the sense of smell might actually play a role in how much weight we gain. As odd as it may sound, researchers are now looking into the possibility that if we can’t smell what we are eating, it allows us to stay leaner in the long run.

Walk into any bakery and you can smell the fresh bread, the donuts, and the pastries. Likewise, if you walk into a pizza parlor, there’s no mistaking that aroma in the air. But, researchers at the University of California, Berkeley, are now examining how our sense of smell actually affects the possibility of weight gain.

The researchers at UC Berkeley were working with obese lab mice when they noticed the obese mice who lost their sense of smell, also oddly enough lost weight. These researchers set up a study where they used mice and fed them the same diet consisting of mostly fats. They separated the mice into two groups where one group was able to smell the food they were consuming, while the other group had lost their sense of smell by the researchers destroying olfactory neurons which temporarily caused the mice to lose their sense of smell for upwards of three weeks—until those neurons were able to regenerate. Doing this caused no pain or suffering to the group of mice.

The answer was right under our noses this whole time

While consuming the same high-fat diet, the rats who could not smell their food lost weight with all factors being the same—slimming them down to the size of normal mice. Even more surprisingly, the weight that was lost by these mice was strictly fat with no loss in muscle mass, organ mass, or bone mass. Shockingly, the group of mice who could smell their food actually doubled their original weight in the same timeframe. How could this be possible? After all, we all smell EVERYTHING we eat unless for some reason we lost that sense somehow due to illness, injury, or disease.

As the researchers would discover, it appears that the odor of the foods we eat can alter our metabolism, what our body does with the food we eat, and further decide if it will use the food as energy and burn it off or simply store it within the body as fat.

One researcher said, “This paper is one of the first studies that really shows if we manipulate olfactory inputs we can actually alter how the brain perceives energy balance, and how the brain regulates energy balance.” Another researcher mentioned, “Sensory systems play a role in metabolism. Weight gain isn’t purely a measure of the calories taken in; it’s also related to how those calories are perceived. If we can validate this in humans, perhaps we can actually make a drug that doesn’t interfere with smell but still blocks that metabolic circuitry. That would be amazing.”

Interestingly enough, they believe that when we can’t smell our food, it tricks the brain into thinking it isn’t hungry and therefore doesn’t release certain hormones that promote the feeling of hunger. Along the same lines, it’s their thinking that in addition to tricking the mind into feeling full, once food is actually consumed, it doesn’t feel like it needs to be store it so it utilizes it as energy and fuel—preventing weight gain.

This process was best described as “The smell-deficient mice rapidly burned calories by up-regulating their sympathetic nervous system, which is known to increase fat burning. The mice turned their beige fat cells—the subcutaneous fat storage cells that accumulate around our thighs and midriffs—into brown fat cells, which burn fatty acids to produce heat. Some turned almost all of their beige fat into brown fat, becoming lean, mean burning machines.”

What does this mean for humans?

As with all studies done on rodents, not everything transfers over into humans. However, if researchers can find a way to cut off the sense of smell to American’s, there’s a good chance that we can drastically reduce the obesity epidemic we are currently facing. With the already large number of individuals going in for surgeries such as stomach balloons (one of the newest methods), bariatric surgery, and stomach stapling, this could be added as another solution.

One researcher believes that “For that small group of people, you could wipe out their smell for maybe six months and then let the olfactory neurons grow back, after they’ve got their metabolic program rewired.” While this may work, I’m curious how it would change the persons relationship with food. Many people say food is pleasurable for them—it’s an experience, a flavorful one. When the neurons grow back, will their sense of smell change any that would negatively change their perception of the food they are consuming? Yet, on the other hand, for those who are emotional eaters, this could be the perfect way to potentially have them put the fork or spoon down.

Overall, I think this is a really interesting concept. Could it change an individual’s perception of the world by not walking outside to smell the trees and flowers, or walking past individuals and smelling their fragrance, etc. for a few months? Who knows? But, if this is another tool that can be used, and done without the need for surgery, it could potentially change and save lives. And after all, that is what we are trying to do. With more research soon to be in the works, I’m excited to see what comes from this potentially innovative weight management program.