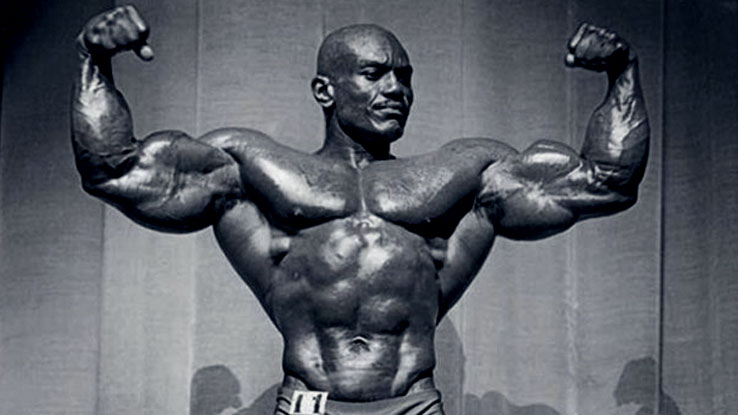 Nilevar is a steroid that is mostly unheard of within the steroid industry. This long forgotten anabolic was first developed in 1956, and had basically become extinct in the United States, but its now being reported that it has recently resurfaced through a select few underground steroid labs in Europe. Because of this, it only makes sense to explore this steroid that has received fewer reported sightings than the Loch Ness Monster over the past few decades.

As I mentioned, Nilevar was developed in the 50’s, making it one of the first oral steroids available in the United States. It was released by G.D. Searle and Co. in an effort to compete with other pharmaceutical companies who had put a major effort into researching and developing new steroidal compounds. Nilevar was developed around the time Dianabol was released by CIBA, and it would appear that Nilevar would be overshadowed by the success of the rival steroid Dianabol.

Prior to the release of Nilevar, known by it’s chemical name as Norethandrolone, the effectiveness of cortisone treatment of rheumatoid arthritis became apparent. This initiated an interest in steroid chemistry and its use in endocrinology by a vast portion of the medical field. This prompted pharmaceutical companies to strongly pursue new and more advanced steroids. This pursuit resulted in the introduction of Nilevar. This steroid was the first preparation with a favorable separation between anabolic (muscle building) and androgenic (virilization) properties.

Nilevar, or Norethandrolone is a 19-Nor steroid as it’s chemical name suggests. Due to this, it is often referred to as Oral Deca, and it does possess many of the same characteristics as the injectable nandrolones such as Deca Durabolin. First off, it must be noted that this compound is a 17 alpha-alkylated oral steroid, making it somewhat liver toxic. It can also convert to estrogen, and since it’s a progestin, it can stimulate the progesterone receptor. Progestins are notorious for being extremely suppressive of natural testosterone production, and they are known for lowering sex drive and causing sexual dysfunction. The injectable nandrolone, Deca has been known to exhibit these sexual side-effects, and the same can be expected with Nilevar. 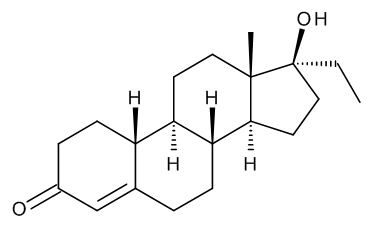 This can often be avoided with some kind of testosterone. An increase in circulating progesterone is expected when taking Nilevar. This can lead to an increase in water retention, and it can also be a contributor to the sexual dysfunction that can occur in men who take a progestin sych as Nilevar. An anti-progesteronic drug such as Bromocriptine can be taken to keep progesterone levels manageable. An anti-aromatase inhibitor such as anastrozole will help limit any estrogenic action that could occur from the steroid Nilevar.

Now, we will look at what this steroid can do for the bodybuilder and powerlifter in regards to muscle mass and strength. Nilevar exhibits dramatic strength and mass gains, and because it can alter the body’s water balance, it’s been considered primarily a bulker in years past. Today, there is a much greater understanding of how estrogen and progesterone levels are elevated in men with the use of certain anabolic steroids. There is now a much larger selection of ancillary drugs available to control these hormones. Because of this, water retention can be controlled while using Nilevar, which now makes it a candidate to also be used during a cutting cycle. It’s ability to bind to androgen receptors at a high rate can help to keep strength high and to prevent any muscle loss during periods of calorie restriction.

Nilevar helps to alleviate joint discomfort and pain, just as Deca has been known to do. This makes Nilevar a good choice for bodybuilders, powerlifters, and other athletes who may experience joint issues during a steroid cycle. For the drug tested athlete, Nilevar is a much better choice rather than other long acting 19-Nor drugs. Since its an oral steroid and not attached to a long acting ester like Deca, its metabolites will clear the body around 5 weeks from last use. This is just a fraction of the detection time of 9-18 months that the injectable steroid Deca carries.

Nilevar should be used at 20-50mg per day. The half-life of this oral steroid is round 12 hours, so this compound should be taken upon waking and again 12 hours later. It shouldn’t be taken with any other oral steroids due to it’s liver toxic properties. As with most 17 alpha-alkylated oral steroids, Nilevar should be used for no longer than 6-8 weeks at a time. Proper post cycle therapy should be followed after stopping the use of Nilevar and other steroids in order to restore natural testosterone production. This would include using 50mg/day of clomifene for 4 weeks and 20mg/day of tamoxifen for 4 weeks starting one week after ending the cycle.

Nilevar is a very effective anabolic steroid that has been forgotten about for the most part. Its a versatile compound that can benefit both the strength athlete and bodybuilder. I believe that if this steroid would’ve been developed at a later time when anti-progesterone drugs were more common, and not during a time when Dianabol was overshadowing all new steroids, Nilevar would’ve been a much more popular steroid. While most all pharmaceutical production of Nilevar has stopped, more underground labs could start to put this steroid back into the black market if it catches on with the labs that have recently started producing it again. Who knows, maybe this classic steroid is making a comeback.