Newer PostTennis Elbow: A Bodybuilder’s Nightmare
Older PostKeep on Track with Fitness Apps
Share on FacebookShare on TwitterShare on LinkedinShare on Pinterest 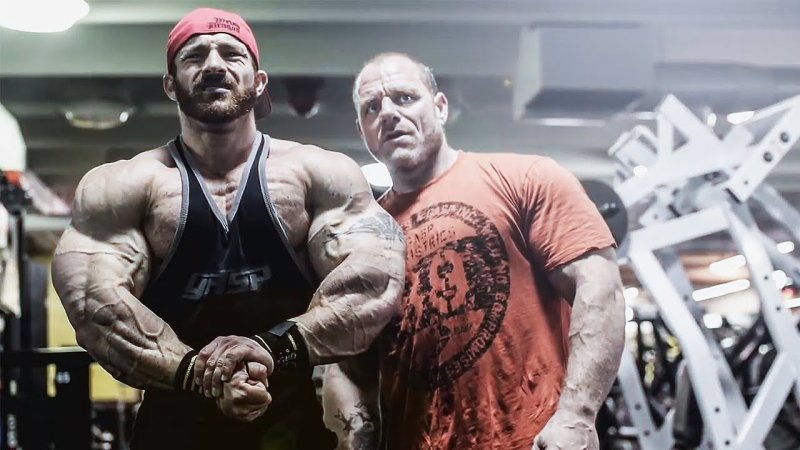 After an amazing five 212 Olympia wins in a row, Flex Lewis seems to be lining up all of the competitors like bowling pins, and then knocking them all down. Going into the 2017 Olympia, it’s hard to see anyone knocking the reigning champ off his pedestal. That’s not to discount the other competitors, it’s just a fact that Flex has a physique that over recent years cannot be beaten.

If Flex comes into the Olympia on point, will he win?

Absolutely. I think even if Flex is just a couple points off that he can still secure the win. When it comes to competition, Ahmad Ashkanani is in my mind his only true threat potentially. Sure, you have guys like David Henry and some others who always bring an amazing package, but when it comes to size, structure, and conditioning, Flex seems to have all of their numbers.

When you look at Flex on stage without knowing his height or weight, you would imagine he would be in the open division. He has huge legs, insane calves, bouldering delts, and the best arms in the entire 212 division. While Flex is no Jose Raymond in the vascularity department, he has a sharp and detailed physique that I think many admire on stage.

An area where Flex is vulnerable, though, would be his back. When you look at the rear lat spread of Ashkanani versus Flex, it’s night and day different. Ashkanani has one of the most insane backs in all of the 212 class. Flex might have more definition in his back, but Ashkanani has way more mass and width from the back. Even on certain shots from the front you can see a noticeable difference in the lats when you compare the two.

Top 5 will be interesting as always

Well, if you’ve made it this far, you already know I have Flex winning and Ashkanani coming in second. That leaves three more spots to round out the top five. So here goes…

In third place, this year I see Jose once again securing this placing. Jose always comes into the Olympia looking great, super vascular, tons of muscle, and should once again look great on stage. The Boston Mass didn’t get his name from being a tiny guy. He’ll make his fans back home and across the globe proud again this year.

In fourth place, I am going to go with David Henry. In my opinion, David has one of the best physiques on the 212 stage, but due to not having the quality muscle that guys like Flex and Ashkanani have, he seems to get overlooked. However, when you look at his physique, he has a crazy upper body with an incredibly tiny waist, and his shape is pleasing to the eye. He’s not some super vascular kind of competitor with mounds of muscle, but that’s also not to say he’s “small” by any stretch of the imagination. With David’s tiny waist, it accentuates the musculature of his upper body and really brings out his lats. And while he doesn’t have the biggest legs on stage, they are always separated with deep lines.

To round out the top five, I have last year’s 4th place winner, Eduardo Correa sliding backwards into 5th. Want to know why? I honestly haven’t got a clue. Eduardo has a great physique, I just feel that David Henry has a better one. David doesn’t have the total package, but I also don’t feel like Eduardo does either. Being that it’s my opinion that David is always overlooked, it’s for that reason that I feel he’s going to make some improvements in the off-season and come into the Olympia and bump Correa into 5th. I like the flow of David’s physique more than Correa. But, at the end of the day, my prediction of David and Correa’s placings could easily be flip-flopped.

How do you see the 212 playing out? Do you agree with my placing predictions or do you feel I’m way off? Let us know in the comments and on social media!