Is Super League the New IFBB for Athletes? 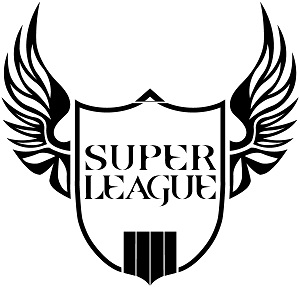 Ready for this one…? Absolutely! I think there’s a lot of things wrong with the way the IFBB is ran and that opens the door for competitive organizations to come in and steal some share. Super League, however, is nothing like the IFBB. Yet, Super League is everything, in my opinion, that the competitors are looking for—including athletes that aren’t in the fitness industry.

What is Super League?

In case you have never heard of this new league, Super League is a two-round competition that anyone can enter. $10,000 is awarded to the winner of each weight class. However, there is no posing. What!? Correct. In fact, there are no judges that have their own opinions about competitors, have biases, or who have personal interpretations. There are rounds… there are metrics… there are scores… there are clear and decisive winners and losers. Brilliant!

This is not a bodybuilding, physique, or beauty contest (yet, their physique does come into play with one of the scoring rounds). There are no poses, no routine music, no spray tan necessary, no dehydration needed, no so-called “prep period,” just you the athlete in your raw form.

As it stands right now, there’s only one MAJOR competition, and that’s the championship in Vegas. I know what you’re thinking…WTF? And you’re right, it’s a little confusing, but hear me out.

Who can join Super League?

Anyone can join Super League. All you need to do is complete their application and submit it. The fee to join Super League is a one lifetime fee of $99. This, however, doesn’t make you a “pro” in the Super League—at least not yet. In order to turn pro, you need to be drafted by the league. There are three people on the council who can draft athletes—Dorian Yates, Erin Stern, and Stan Efferding. There’s a list of qualifications that the council is specifically looking for (you can find these qualifications on their website www.superleague.live).

A second way that you can become pro, is by BEATING a pro. All you need to do is post a score better than a pro and you make your way into the world rankings and earn your pro status. You also, then qualify to compete in the championship event.

Right now, competitors are allowed to compete anytime they want to post a score. All they need to do is travel to City Athletic Club in Las Vegas to complete their two rounds and be slotted into a weight class. From there the score will be posted to a world ranking. There is an entry fee to participate in the championship events being held each year unless you are sponsored by one of the Super League partners.

What are the rounds?

Round 1 consists of true output. There are eight movements that need to be completed. These movements are: plate loaded squats, plate loaded leg extensions, rack deadlifts, lat pulldowns, dumbbell curls, vertical chest flyes, standing shoulder press, and dips. You get one set per movement to achieve no more than 12 reps—so it forces you to pick an appropriate weight. The output is then calculated by taking the weight multiplied by the completed reps. Your output score is then divided by your bodyweight to give you an output quotient score. That then completes round 1. If I lost you along the way, their website has much better imagery to give you some visuals in order to follow along.

Round 2 consists of what they call “the deltas.” The deltas are where your physique finally comes into play. There are three areas that make up your delta score. First, they calculate your upper body to waist ratio to get a score. They then calculate your lower body to waist ratio for a second score. The third score comes from your upper body to lower body ratio. The total of the three delta scores give you your total for round 2. Again, visuals are available on their website.

Final score is calculated by adding your output quotient from round 1 and adding it to your round 2 score for your deltas. Sound hokey? Well, it’s backed by some BIG names!

You might have heard of two small companies named Nike and Bodybuilding.com (sense the sarcasm?). These tiny brands, who I’m sure you never heard of, have come on board to work with Super League. Alongside these two brands are some celebrity guest athletes who will be competing. These athletes include Rich Piana, CT Fletcher, Kris Gethin, Joey Swoll, Larissa Reis, and Ryback.

Now that the details are out of the way… Is this THE NEW place for athletes? Absolutely. One of the things that bothers many competitors in different “physique” type organizations where they get on stage to compete in bodybuilding, fitness, physique, etc. is that there’s human interaction where things can be missed, interpreted, or biases can play a role. It’s subjective in a sense. With Super League, it removes all human interaction to an extent other than recording numbers and doing calculations to get scores. I personally think it’s genius and something this industry truly needs. Super League makes a true SPORT for the fitness world.

Competitors are no longer being compared side by side and having their physiques critiqued by the judges, instead, their own abilities and physique they created turn into scores and ratios where no comparisons are needed. You don’t need to diet in order to compete. You don’t need to get all oiled up and walk out in a man thong or bikini. You simply go out and showcase your athletic ability through certain lifts and comparing sections of the physique you built.

You too, can be a part even without competing!

Let’s face it, we all don’t want to compete or be competitive with what we accomplish in the gym. Some of us compete against ourselves in the gym and that’s good enough for us. For those of you who are among this thought process, but love the idea of Super League, you can watch the championship live. The first championship will be held in Las Vegas on July 29, 2017. There will be limited seating for the championship and tickets are first come first served. If you miss out on the tickets or if you didn’t plan on attending live, you can watch the live broadcast for free over on bodybuilding.com. They will be streaming a live webcast of the event just like they did years ago with the Arnold Classic and Mr. Olympia competitions.

I don’t know about you, but I’m excited to see what Super League brings to the industry. I think it’s unique and exactly what the industry needs. From what I’m hearing, there are even some IFBB professionals who are considering leaving the organization to compete in Super League. Should this happen, I can’t wait to see who wants to be considered the best of the best and be the face of the Super League. I’ll definitely be glued to my screen watching the championship in July—I hope you will be too!