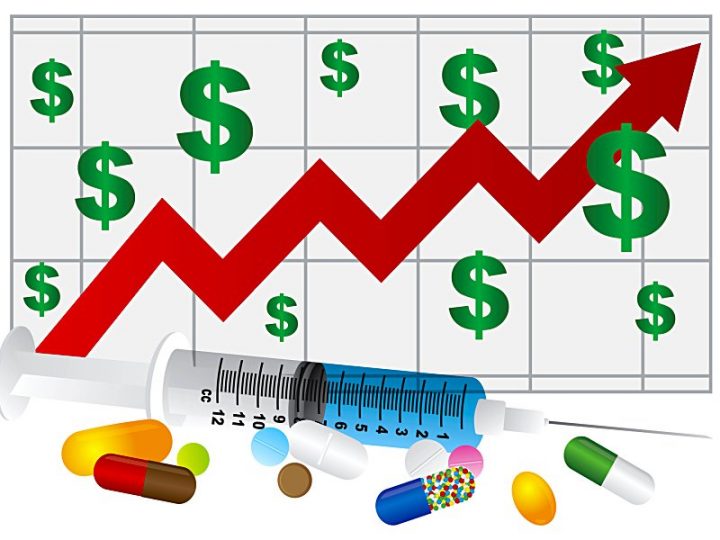 News flash, American’s aren’t getting any healthier. In fact, we are in a downward spiral when it comes to our overall weight and health. While modern medicine is improving by the day, our obesity rate continues to soar. Who’s fault is it? Our own for the most part. How do we fix it? Take accountability for ourselves with the foods we ingest to the amount of exercise we get. But what if this slippery slope takes people down the path to diabetes? Or maybe you have been suffering from type-1 diabetes your whole life and never had the opportunity to make a lifestyle change like with many type-2 diabetics? Over 6 million American’s depend on insulin daily, and with a 400% price increase, many feel as if pharmaceutical companies are holding their life ransom.

How much is your life worth?

It almost seems like this is the question after insulin costs have gone through the roof. According to data from Truven Health Analytics, since 2004 the cost of insulin from Eli Lilly has gone up 380%, Novo Nordisk has increased 381%, and Sanofi is up an astounding 400%. Could you image something you need in order to live having a price hike of 400%? What are people to do? They have no choice but to pay it in order to live. But, it makes you wonder these days if pharmaceutical companies truly care about helping people or if they only care about making money? Dr. Kesselheim at Brigham and Women’s Hospital was quoted saying, “Prices are set by the pharmaceutical companies at whatever the market will bear.” To me, this is simply isn’t right. From a business standpoint, I understand, but we aren’t talking about non-essential items—we are talking about a product that ultimately maintains life. And pharmaceuticals are taking advantage of people.

As it stands, 30 million people are diabetic in the United States. Many of them are type-2 diabetics. Around 10% of that figure are type-1 diabetics. Most of the population is on an insurance plan that covers some, most, or all of the expense with the insulin dependent user paying some sort of co-pay. Others, unfortunately, are coming completely out of pocket for their insulin. Pharmaceutical companies seem to be playing follow the leader and as soon as one company increases their price, the rest seem to follow suit. It appears according to data that in 2014 when Obamacare went into effect is when the highest surge in prices took place. Could it be because more people were supposed to have healthcare at that point? Possibly. 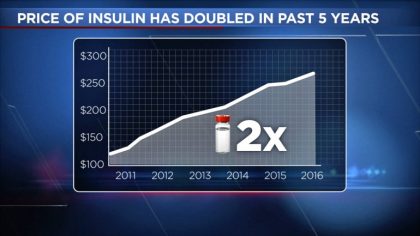 Pharmaceutical companies are saying how expensive it is to manufacture insulin now that they are creating it from modified yeast or bacteria. It was apparently, according to these companies, a lot more cost effective several years ago when the insulin was drawn from the pancreas of slaughtered animals. They are also stating that the increases are necessary in order to fund the research and development of new drugs. But looking back, between 2008 and 2016, there have been 16 different price increases for insulin.

Insurance companies are shaking their head

Many insurance companies these days are in agreement that the cost of insulin is completely out of control. David Merritt of America’s Health Insurance Plans said, “Millions depend on insulin every day. Every cost increase by a drug company makes it that much harder for patients to access the treatments they need. We need to solve this pricing crisis now.”

What can be done to help ease the minds and wallets of diabetics?

One thing would be to talk to your doctor. Explain to him that the cost of your current insulin is a financial burden and ask if there is an alternative or generic version you can use instead if you aren’t already using it. There are also patient assistance programs through many insurance companies that might be able to help find you a better alternative for medicine. If your insurance allows it, shop around online and see if you can find a better price through a different supplier. A great site to check out is www.rxsavingssolutions.com where you are able to compare prices along with some extra savings in the form of coupons. Michael Rea, the CEO of Rx Savings Solutions, said, “The only way for consumers to save money is to advocate for themselves. You can manage cholesterol six different ways, and the difference can be $4 to $400. Consumers don’t know that—and neither do their doctors.” Just a heads up though, using that website might require you to get your insulin from a different pharmacy. It’s also been said that some stores like Wal-Mart and Costco (or other big box/wholesalers) might also be able to provide some savings and are worth checking into.

Save money by lowering your insulin levels

We started out this article by mentioning we have the power to control our health and take accountability for our actions. If you are already suffering from diabetes, this doesn’t mean there’s nothing you can do to help your condition. There are actually several ways that you can help lower your insulin levels and not need to go through as much insulin each month which allows you to stretch your dollar. You obviously would want to consult with your doctor first, but below are some ways that you can do this.

How to potentially lower your insulin levels: