Newer PostWhich Retired Bodybuilder Should Make a Comeback Next?
Older PostIs the Back and Forth with Nutrition Research Making Us Fat?
Share on FacebookShare on TwitterShare on LinkedinShare on Pinterest 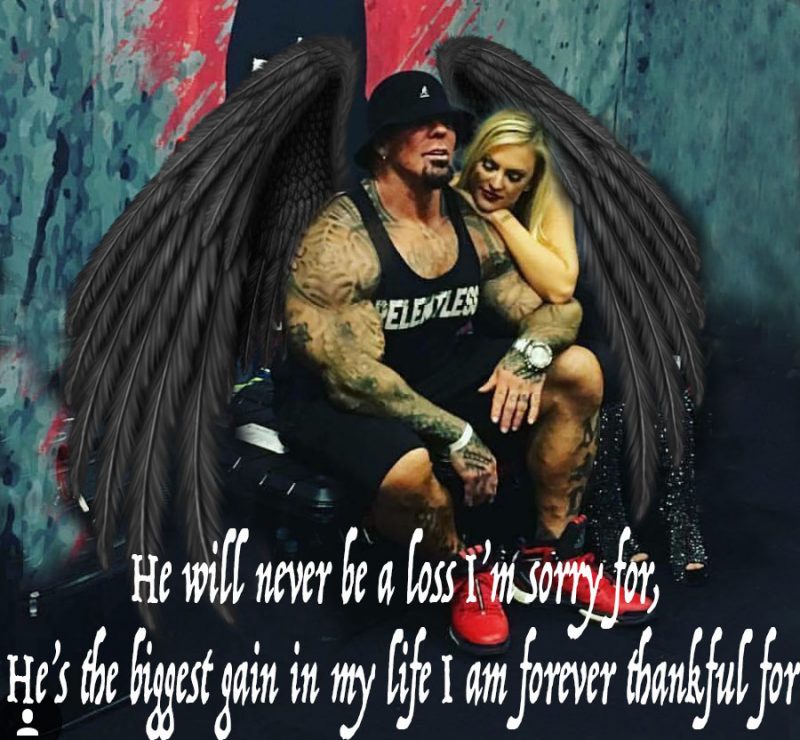 The marriage between Rich Piana and Sara Heimis has been the subject of much debate since their shotgun wedding. It was short-lived and ended abruptly. The reason for its failure, cited by Rich, dealt with theft and dishonesty. Rich always believed in being as candid and unfiltered with his fans as possible. He explained the situation in an in-depth YouTube video that quickly went viral. In the year after the pair split, Sara Heimis returned to using her maiden name on social media and began a new relationship with Chris Miller. Rich was indifferent insofar as her using his last name, albeit sporadically, but made it clear that she was not his wife.

Miller & Heimis referred to each other as “being engaged.” Last I checked, married people can’t marry other people. Sara didn’t believe she was married to Rich, any more than he believed he was married to her. However, when misfortune struck Rich and he was placed in an induced coma, Sara re-emerged as the sobbing, estranged wife who couldn’t live without her man. This rekindled affection, coupled with her taking Rich’s last name again, raised her stock with the tabloid press. Chanel, Rich’s real partner, was not giving interviews and only gave updates when absolutely necessary. Chanel and Jane, Rich’s ex-wife and the person he chose to leave everything to, were at the hospital day and night, by his bedside, along with Rich’s father and key members of 5% Nutrition, per sources.

The fact the press couldn’t get at the two women who Rich loved most, made Sara a viable choice. Although her time with Rich was extremely brief, giving her very limited (at best) insights, it was the wife/ex-wife status that made her relevant.

After Rich’s passing, it seemed all parties would be civil. That didn’t last long. Although there was an abundance of news stories, ranging from mainstream media to the tabloid press, the 5% fanbase wanted to hear from someone they trusted. In an effort to do right by the fans, Chanel released a very heartfelt video on Rich’s official channel. She made a very concerted effort to maintain her composure, but there were several instances where the pain and anguish simply overcame her. This video was made very shortly after Rich passed.

In the days following Rich’s passing, there was an outpouring of support by the fans and the industry. Rich was, without a doubt, the most popular person in the whole of the fitness world. No one had the kind of influence he had. He gave so many people an opportunity, from those who deserved fame and stardom (e.g. Paulo Almeida, Frank Budelewski, Coty Losee, etc), to more than a few, talentless bums who Rich had seen something in, gave them their start, only to get burned by them in just a matter of time. After his passing, it seemed everyone wanted to pay their respects. That having been said, for those who spent over a month by Rich’s side at the hospital, praying, laying low, and keeping the best outlook possible, it’d been a very tough, somber time. No one knew this pain better than Chanel and Jane. 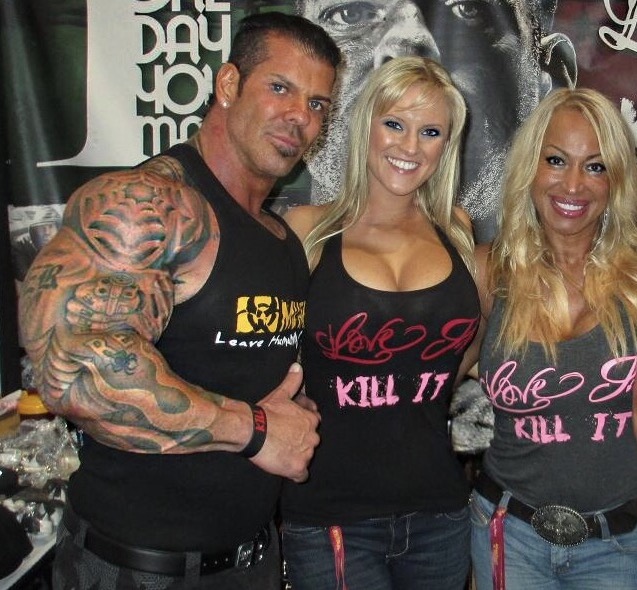 One of the best ways to keep Rich’s memory alive, is to make sure Team 5% carries on. This is why it was key to be at the Mr. Olympia in full force. Once again, there was a massive outpouring of condolences and support from the fans. After the contest, in probably the first time since Rich was rushed to the hospital, a very small group of 5%’ers hung out after a long day of working the expo. Chanel was among them. They had some drinks and talked. It was not a party, but it may very well have been the first time in a very long time, where Chanel wasn’t crying, distraught, and totally out of sight. In what could only be described as an act of innocent spontaneity, Chanel sent out a snap of her dancing for a couple of seconds. Almost immediately when that went out, Sara “Piana” saved it and began tormenting Chanel over social media. Sara’s post shamed Chanel, it questioned the legitimacy of her grieving process, and it made her out to be someone she clearly is not. The insensitivity shown by this woman was just beginning. Her quest to be relevant seems as pathetic as her crocodile tears and her apparent gold rush fever. She’s under the impression she’ll get a sizeable portion of Rich’s estate, including income, properties, and business interests. Chanel, for the record, chose not to inherit anything. She could have, but all she wanted from Rich, was his love.

Just days after Sara began attacking Chanel on social media, a multi-part audio file was leaked. The audio was from an incident where Rich confronted his then-wife Sara over dishonesty and theft. Sara had secretly recorded the interaction, which also allegedly contained implications of Rich selling gear. In the audio file, Sara is accused of conspiring with another person to steal from Rich; it’s also alleged that Sara and her mother had been stealing and lying to his face, while living in his house. It’s alleged (by others) that there was an alleged plan to use the file to extort Rich, but that that angle closed when Rich publicly accused Sara & also publicly had their marriage annulled. As soon as Rich passed, it’s been alleged that certain parties were trying to sell the audio and video files to the tabloids. During alleged efforts at selling this content, it got to the hands of good people that leaked it to social media, ensuring that no one profited, per sources.

Just three days later, today, a video of Rich suffering from a possible insulin overdose, was leaked to social media. This seems to be another incident where Sara secretly recorded Rich. In fact, there are multiple times where it seems Rich would collapse – once onto a bed and another time into a bathroom mirror. Amidst her frantic crying (similar to when accused of stealing), Sara at no point in time sets her phone down to help her beloved husband. Instead, she keeps recording and eliciting him to answer questions. What kind of a spouse could sit there and videotape such an ordeal – and – why is the video just now surfacing? There’s absolutely no question Rich was being recorded without his knowledge. What purpose could such a video possibly serve? And again, why’s it being released now?

Chanel, Jane, and the 5%’ers just want to grieve in peace and carry on Rich’s legacy, but Sara and her minions can’t seem to stop. I have had the unpleasant misfortune of watching some of the videos attacking the two women who loved Rich most. It’s sick – quite frankly – and it’s coming from losers who will stoop to all-time lows just to get hits. Many of these faceless, nameless cowards lash out at Chanel, Jane, & the 5%’ers from behind keyboards only. They’ll never show their faces at a show or expo, probably out of shame, but more than likely out of fear. It’s times likes these, that remind us what kind of people we’re forced to share this planet with.

I hope and pray that these attacks STOP. It’s enough! If Sara feels she’s entitled to a portion of Rich’s estate, then she should pursue her claims when Rich’s estate goes to probate. Attacking Rich’s good name, especially now that he’s passed, serves no purpose other than to TRY to tarnish his legacy. It won’t work, though. Rich touched countless people, inspiring them to love bodybuilding and fitness. That movement won’t skip a beat, no matter how hard certain people try. No one is going to stop the 5% Train. The future is bright and those who truly loved and cared about Rich, should be allowed to keep his legacy alive and well.