Help Your Gut with Walnuts 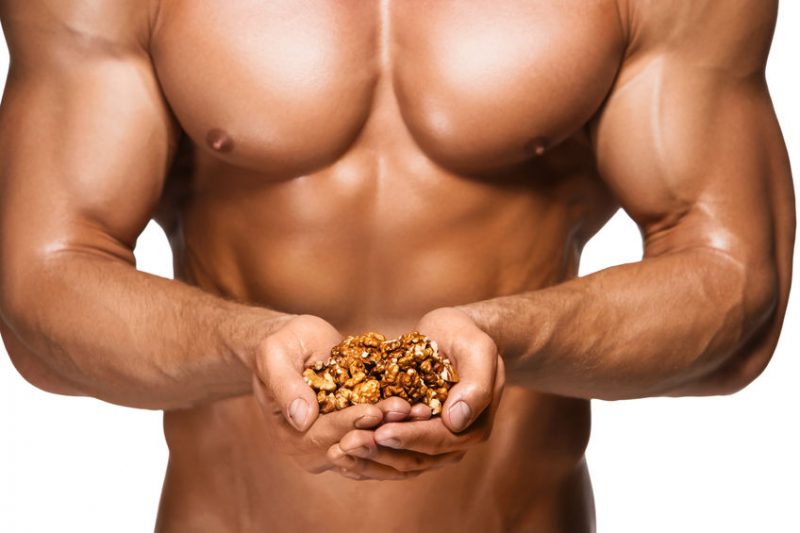 A food that should be on everyone’s snack list are walnuts. Full of health benefits such as omega-3s, alpha-linolenic acid (ALA), fiber, protein, antioxidants, as well as polyphenols and phytochemicals, this superfood is now back on researcher’s radar for another reason—gut bacteria. Not just any bacteria, but the good bacteria to improve your gut health overall.

There are many reasons to include walnuts into your diet as mentioned early. In addition to those benefits, walnuts have the ability to help reduce inflammation, help reduce the risk of some forms of cancers, improved brain health, aid in keeping the heart healthy, and have been found to prevent some other diseases as well. With researchers now looking into some other benefits, the most recent finding is that consuming walnuts as part of your diet can increase the number of good bacteria in the gut—more specifically Lactobacillus, Roseburia, and Ruminococcaceae.

Probiotics are used by many people these days to help improve gut and digestive health. They aid in moving the food you eat through your digestive tract. Some people have even noted that by taking a probiotic, it lessened the number of times they were stick throughout the year, improved their oral health, cleared up some skin conditions, as well as other benefits.

With this new finding through the utilization of walnuts in the diet, it gives people another option other than either supplementing with a probiotic or by consuming foods such as yogurt or even chocolate to take in healthy bacteria. This study in particular was done using rats, so human studies will be needed to show its effectiveness. However, researchers are fairly certain that the same result will be shown.

For the actual study, researchers used 20 male rats. They fed all 20 rats the same number of calories (identical diet), yet some of the rats were given walnuts to substitute some of their overall calories. At the end of the 10-week study, the researchers noticed that there was no significant changes in body weight between the two groups of rats, despite one group consuming walnuts and the other not. The group consuming the walnuts, clearly showed better gut health as mentioned earlier with more diversity of gut bacteria noted.

One researcher said, “The diet groups had distinct microbial communities with animals consuming walnuts displaying significantly greater species diversity. Gut health is an emerging research area, but we are seeing that greater bacterial diversity may be associated with better health outcomes, whereas low diversity has been linked to conditions such as obesity and inflammatory bowel disease.”

With the ability to add diversity and the types of bacteria present in the gut, it gives the digestive system more protection and overall better health when compared to rats who did not have walnuts included in their diet. The researchers confirmed that, “Walnut consumption altered the gut microbial community suggesting a new mechanism by which walnuts may confer their beneficial health effects. The health of the gut is related to overall health in the rest of the body. Our study is showing that walnuts change the gut, which could help explain why there are other positive health benefits to eating walnuts such as heart and brain health.”

Does all of this mean you can stop supplementing with your probiotic supplements or give up consuming yogurt as part of your daily routine and simply switch over to walnuts? No, not just yet. Does this mean if you aren’t using a probiotic currently that you should add walnuts to your diet? Absolutely. With so many benefits associated with walnuts, they should already be in your diet. If human studies show an identical result as what was shown in this study utilizing rats, not only are you getting health benefits already proven by walnuts, but you’ll also be improving your gut and digestive health all at once. Probiotic use has been on the rise in the United States and are something that some people have been catching onto after doing some research and hearing about them on the news. In most cases, probiotics are safe for most people to consume. However, it is wise to speak with your doctor before adding probiotics or walnuts to your diet to make sure they will not interact with any type of medication you may be on and to ensure you aren’t allergic to tree nuts, such as walnuts.