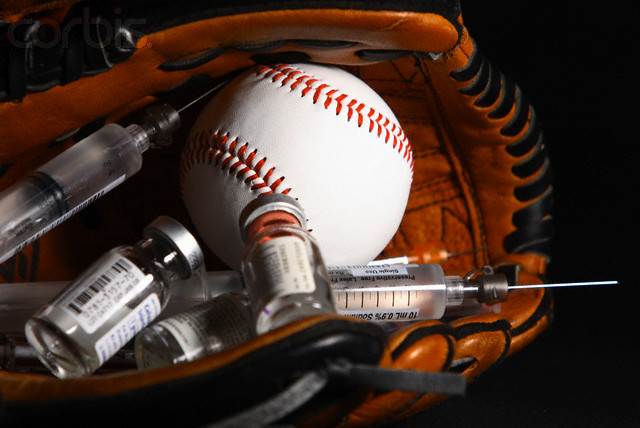 Much has been said and written about steroid use among athletes and in organized sports. Many doping scandals have come and gone over the years, and you can bet there are many more to follow. The question is, has steroid use affected the integrity of sports? The quality of being honest and having strong moral principles defines integrity.

“Anti-doping programs seek to preserve what is intrinsically valuable about sport. This intrinsic value is often referred to as ‘the spirit of sport’; it is the essence of Olympism; it is how we play true. The spirit of sport is the celebration of the human spirit, body and mind, and is characterized by the following values:
Ethics, fair play and honesty.
Health.
Excellence in performance.
Character and education.
Fun and joy.
Teamwork.
Dedication and commitment.
Respect for rules and laws.
Respect for self and other participants.
Courage.
Community and solidarity.
Doping is fundamentally contrary to the spirit of sport.”

From the outside looking in, it should be easy to determine that steroid use, or the use of any banned substance, would be breaking moral principles and many other values that the World Anti-Doping Agency has set as a standard by which sport should be played by. But not so fast. It’s just not quite that simple. To look at what is considered right or moral among sports, we have to focus on what is wrong or immoral, and that is cheating. That’s what the fuss seems to be about in regards to athletes using anabolic steroids. It’s cheating they say. It unevens the playing field. Occasionally there is some mention of the concern for the athlete’s health when steroids are the subject. But in reality, health is not the true concern, it’s the cheating aspect. The governing bodies that oversee drug testing, who hand out and uphold penalties, do this in hopes that one particular athlete or group of athletes wont gain an unfair edge over another by using a particular banned substance. Why? Because this would be cheating, and the mutual feeling is that cheating ruins the integrity of sports.

Now, what performance-enhancing methods should be allowed in sports? Where do we draw the line between acceptable and unacceptable? All athletes tamper with or alter their bodies in various ways. Athletes train, exercise, and follow special diets. Some may even opt for performance-enhancing surgery. An example would be corrective laser eye surgery for a MLB pitcher, golfer, or archer. This would be an obvious advantage when eyesight is vital to compete at a very high level for the mentioned athletes. Could this be considered cheating? It could be said that the playing field is altered any time anyone’s God given abilities are altered, as they are with corrective eye surgery. The playing field is never truly level to begin with though.

The highly publicized doping scandals over the past decade haven’t altered steroid use in sports by much. While athletes haven’t completely stopped pushing the needle, they have been pushed to explore new technologies that haven’t been banned. The evolution of these under-the-radar treatments has followed the same pattern as many of the banned drugs. They are initially put together as solutions to a medical condition. The benefits show promise that carry over to the sports world, and athletes and trainers use the therapy in hopes of inching closer to greatness. More exotic therapies are being used to fine-tune their physiology for a competitive advantage. Athletes are now being injected with their own stem cells to repair injuries that were once career ending. They are training their brain waves to find the optimal frequencies for competition. They are flushing their lymphatic systems in pressurized air pods, and even attempting to manipulate DNA. Gene doping is potentially the next wave of performance-enhancing. New therapies are being explored to treat degenerative diseases like muscular dystrophy. These therapies involving gene therapy where genes are incorporated to build more muscle or to develop more aerobic capacity, without the injections of anabolic steroids or EPO. A research group has begun to treat muscular dystrophy with therapies that involve injecting an copy of a gene that produces IGF-1. While this could limit muscle wasting or maybe stop it completely when dealing with a disease like MS, it could very well lead to large increases in muscle and strength in a healthy individual. This has been very intriguing to athletes and trainers around the world. It’s rumored that gene doping is already going on. If it’s not, I expect its just around the corner.

The use of steroids is considered cheating, which is considered a violation of sports ethics. I get the concept, people want everything to be fair, but where do we draw the line? Laser eye surgery is altering a person’s natural vision which can enhance their performance. Should this also be considered cheating? Athletes may wear special clothing to cut down on wind or water resistance, or to increase joint stability. If they are injured they are likely to receive medical treatment in order to speed recovery and get them competing as soon as possible. Painkillers, anti-inflammatory medications, and other drugs are injected into athletes to aid in healing, enhancing what the body isn’t quite capable of on it’s own. This is another example of science being used to enhance performance. If we are going to imply that using anabolic steroids or other hormonal drugs is cheating without a doubt, one would have to at least entertain the idea that using science to enhance performance is nothing more.

Natural testosterone levels can differ substantially from individual to individual. The same goes for the muscle-building and fat-burning hormones IGF-1 and human growth hormone. One particular athlete could be deficient in one or more of these hormones while another athlete could have relatively high levels. Could we say that the playing field is level here? I would think not. Now, if the athlete with the sub-par hormone levels were to take synthetic forms of testosterone, IGF-1, or hGH to bring his levels up enough to match the levels of the athlete with naturally high hormonal levels, the playing field would be level in my opinion. But this method is considered cheating and its thought to diminish the integrity of organized sports. The use of EPO stimulates the production of red blood cells. This in turn increases oxygenation of the muscles being used, therefore increasing endurance. Lance Armstrong confessed to using EPO during his cycling career. There are people who live at high altitudes that naturally produce abnormally high levels of red blood cells. Levels that could match what Lance Armstrong had from using the drug EPO. This natural trait is commonly seen among marathon runners that grew up in the mountains of Kenya. Lance Armstrong was called a cheater and stripped of all his titles. The person with the naturally high red blood cell count is just considered genetically gifted. This may be the case, but having a playing field that’s level is what people say they want. Fans and anti-doping agencies call for more testing and stiffer penalties for those that break the rules; for those that cheat.

Many already know that something happened in baseball following the 1992 season. That year, the National League scored 3.88 runs per game. The next year it scored 4.49 runs per game. This is known as the beginning of the steroid era in baseball, and in reality, this steroid era never really ended as many do believe. The run total in baseball never dipped back down to where it was prior to the 1992 season, or prior to the steroid era; however you want to look at it. Steroid use never left the game of baseball. The types of drugs used and how they are used may have changed, but that’s all. Team owners, the commissioner, and testing agencies know this. There is no doubt that carbon isotope testing could be done to catch people using anabolic steroids in baseball. This type of testing is unbeatable at this time, and league officials are fully aware of this. They are also aware that testing like this would open up a can of worms. People would now be aware that a high percentage of MLB players are using performance-enhancing drugs. Like it or not, people would have to accept that the playing field is level, and it has been; because there are very few professional baseball players that are completely clean. Does this affect the integrity of baseball? I think not, and I highly doubt that the players themselves feel that they are cheaters for using steroids or that the game has been tarnished as some describe. It’s just part of the game at the professional level this day and time. The same fans that are so adamant about steroids being removed from sports would be extremely disappointed if baseball truly came clean. The sport would slow down and numbers would more than likely decline considerably. What everyone should keep in mind is that MLB players would be playing at the professional level with or without anabolic steroids. If anything, you could say that steroids have enhanced the entire sport instead of a few athletes that have been singled out over the years.

It is now estimated by some that 95 percent of all athletes in the NFL take anabolic steroids and human growth hormone. If they didn’t they would never heal in time to play every week. The human body is just not designed to take the kind of punishment that is delivered on the football field every Sunday. Anabolic steroids have allowed NFL players to become bigger, stronger, and faster. It also allowed them to heal much quicker. If all pro sports were to come completely clean from all performance-enhancing drugs, professional football would regress much more than any other sport except bodybuilding. Players would slow down, become smaller, and their careers wouldn’t last nearly as long as they do today. Professional sports are big business, and cutting out anabolic steroids and other drugs would cost everyone involved a lot of money. The NFL commissioner knows this. The owners know this, and the players themselves know this. The one who hasn’t quite grasped all this are the fans that call steroid users cheaters. The ones that push for drug-free sports, saying that integrity depends on it. This is the same fan that pays ten-dollars for a beer at their home NFL stadium, while cheering for these muscle-bound athletes to violently crash into one another. Something always has to give and there is always some sort of price to pay for greatness.

Steroids have changed sports over the last several decades. Athletes are bigger, stronger, and leaner than they ever have been. The games themselves have become faster, and in some instances, more violent. Every sport has evolved as a whole. Much of this is due to the use of anabolic steroids. Some may believe that this has affected the integrity of sports. As with better nutrition, O-T-C supplements, particular training programs used by athletes today, steroid use is just using science to enhance performance. Should it still be considered cheating, or a lack of integrity to use steroids in professional sports when only a small percentage of athletes at this level are truly clean? I think not…..