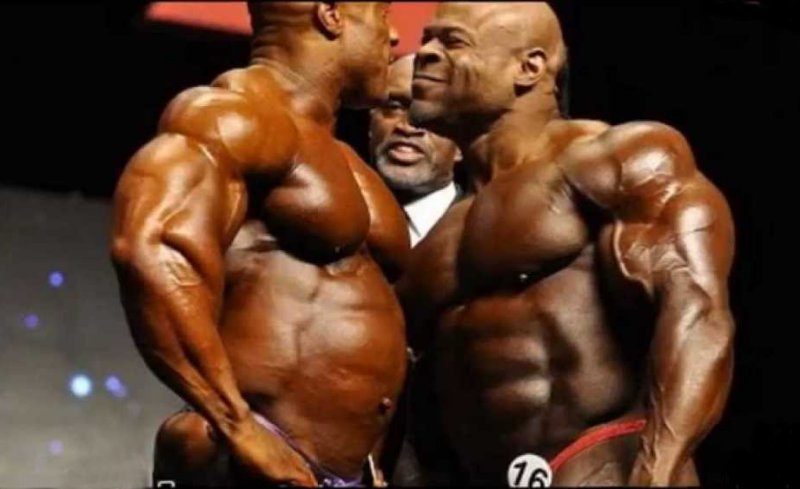 There has been a lot of talk about the bubble guts or distended bellies among competitive bodybuilders over the last years, to the extent that it often looks like smear campaigns. The critique isn’t anything new the same discussion was present during the 90’s as well, and even before that. Arnold called out Mike Mentzer on the issue in the 70’s by saying that his stomach bulged out during the Mr. Olympia 1979.

Additionally, back in the 90’s both Paul Dillett, Jean Pierre Fux and sort of funny is the fact that some of the greater critics of today’s distended bellies basically are the blue print for it, Like 6x Mr. Olympia Dorian Yates in the end of his career, but also guys like Dennis James who also has been very critical.

However, it is good that it does get called out if the problem is there. But now, it has created its own cult on social media where even people outside the bodybuilding world comments “bubble gut” as soon as they see a bodybuilder, who might not even have one. It was quite fun in the beginning but now…it has become a sort of tool for bullying where outside people have begun to look down on bodybuilders more than before.

As an example, Phil Heath couldn’t even leave the door before the hospital after his extensive hernia surgery before people started to bombard his Instagram and others, writing is he pregnant?…bubble gut. It is almost a cyber-bully community who just wait to spot a stomach (flat or not) (on season or off season) to puke their “original” line of words in the comment section of the athlete’s social media.

In the end it´s an issue that needs to get called out, but not to the extent as of today where even people outside the bodybuilding community laughs about bodybuilders, fans need to be more respectful and realize that sometimes the distended bellies are due to being off season for example.

What can we expect from the future; well hopefully the critique will calm down and be more constructive. When it comes to the department of competitors I believe that it will be a radical change, not because of the exaggerated critique but from a combination of it as well as judging inside the IFBB Pro League becoming more harsh and really mark down the subjects on the scoring cards.

I predict that the men’s open category will see more stream line physiques like the one of William Bonac or Brandon Curry as examples. The aestheticism will be more common in the future. I also believe that Classic Physique as I’ve mentioned in previous columns – will grow stronger as time goes by to the extent that a few competitors might even go to the open division to battle for the original Mr. Olympia title and even win over the athletes that are left in the division.

Competing in the open, or the classic physique division, the classic lines are coming back!