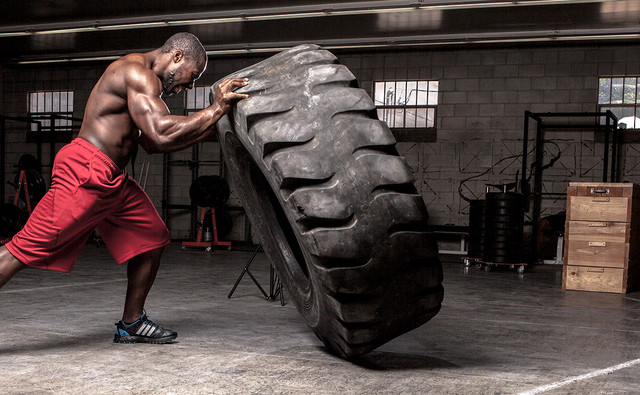 We live in a society that believes if a little yields a good result, then more would yield an even better result. But more times than not, this isn’t the case. And actually, that kind of thinking can get you in a lot of trouble in certain situations. Just look at how many lawsuits have been filed over the years because someone used that mentality with their fat burners or stimulant products – winding up in the hospital because they couldn’t follow directions!

Exercise is showing to not be any different than the above. There’s such thing as “overtraining” when it comes to exercise. And now research is showing that by doing less HIIT, it can actually be more beneficial than doing more, even though it’s being used as a cardiovascular training technique. Let’s check it out.

For those of you not familiar with this style of training, HIIT stands for High-Intensity Interval Training. It’s where you have both high intensity intervals alternated with low/moderate intensity intervals. HIIT allows the individual to train both aerobically as well as anaerobically in the same session. A session can consist of multiple rounds and can follow a plan similar to 20 seconds of high-intensity followed by 10 seconds of low to moderate intensity. A HIIT training style has been shown to be around 50% more effective for burning fat than low-intensity cardio.

For the sake of this report, the researchers used HIIT as a form of cardiovascular training—through the use of sprints on a stationary bike. The bikes used resembled spin-style bikes where maximal effort is able to be used. This type of effort on a standard cardiovascular upright bike or even the recumbent would generally do damage to the bike. The spin-style bikes are able to take more abuse from high intensity training when compared to a standard cardio bike you’d find in a gym in front of the row of treadmills. If you aren’t familiar with spin-style bikes, check out a spin class at your local gym, these are the types of bikes we are referring to.

What the Research is Showing

HIIT has exploded over the years and for good reason—it works. Not only does it work, but it denies someone the ability to say they don’t have time to exercise. With HIIT, you go in, exert maximal effort with some recovery periods in between, and you leave. That’s it. Quick and intense.

What does this mean? It means you don’t have to be a slave to the treadmill for 60 minutes every day. Most HIIT workouts will last anywhere from 4 minutes to 15 minutes on average.

Through the use of HIIT, researchers are finding that less repetitions or “rounds” of HIIT is actually more beneficial than several rounds when it comes to cardiovascular fitness levels. In fact, during the study the researchers found that when more than 2 rounds were completed, it lowered the improvement of fitness by around 5%. These findings were measured and validated by checking the participants VO2 max while performing the sprints on the bike. VO2 max looks at the amount of oxygen an individual can use during exercise. An individual gets hooked up to the VO2 max machine (which looks like a mask) and is told to being their session per the researcher’s directions. This is an amazing find for those who want to reap the benefits of cardiovascular fitness training without having to spend 60 minutes or so in the gym on any given piece of cardio equipment.

One researcher stated, “We found improved cardiorespiratory fitness does not suffer when people complete fewer sprint repetitions and that this may even produce better results. The optimal number of repetitions appears to be just two, so workouts based on supramaximal sprints can be kept very short without compromising on the results. For the first time, we have evidence to suggest an indicator of fitness levels is improved more by doing fewer repetitions of high-intensity exercise. We are currently performing studies to investigate the physiological mechanisms that may explain this unexpected finding. To encourage more people to become active and help increase the health of the population, we need to investigate the optimal duration and number of sprint intervals people could undertake on a bike, while getting the same benefits as longer sessions.”