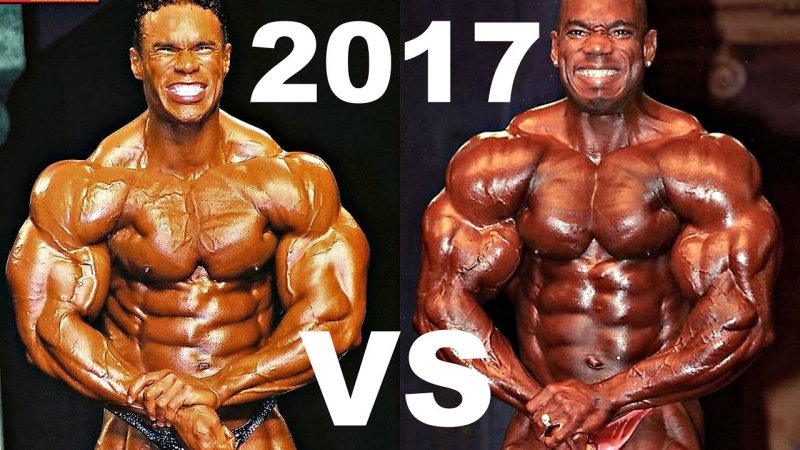 We are truly in an exciting time in the world of bodybuilding. We have two of the greats back in the gym training for shows. The question arises, between Flex Wheeler and Kevin Levrone, who will have their comeback win first?

A Tale of Two Greats

Both Kevin and Flex are no strangers to the competition stage. However, both are trying to do something that no one has ever done before—come out of retirement after years of being a spectator and win a pro show. Neither of the two men are spring chickens, so the fact that they want to jump back on stage to see what they have left in the tank is pretty exciting if you ask me.

Last year at the Mr. Olympia contest in Vegas, Kevin didn’t place nearly as well as he hoped for. While everyone was excited to see him, placing last wasn’t exactly the welcome home party he was looking for, especially after he got a special invite to compete. That being said, he mentioned after the show that he had a leg injury that slowed his progress and severely cut back on his training. He vowed to come back in 2017 and hit the stage again and finish some unsettled business.

As I’m sure some of you have heard, Kevin was thinking about doing the Vancouver Pro. Due to some family matters, he has pulled out of the show and said he would not be competing until after the 2017 Olympia. So, will that allow Flex to come in and win his comeback show before Kevin can even step on stage again?

While the Same, They Are Both Different

In this fun little debate we are having on this subject, we do need to put some things into perspective. Flex and Kevin were once both competing in bodybuilding, but are now competing in different divisions. Kevin came back to his roots and jumped back into bodybuilding, whereas Flex is training to compete in the Men’s Classic Physique division. Are the divisions similar? Not even close.

In order for Kevin to win, in my opinion, he is going to need to do a small show where none of the big names are entering. At the Olympia, while his physique didn’t look terrible, he was dwarfed by many of the competitors, and obviously his legs were a lot smaller due to the injury. Being that Kevin has had a good year before he steps on stage following the previous Olympia, who knows what he’s looking like and how he will do on stage.

There are too many great bodybuilders out there right now that I feel as if Kevin might never win another show for as long as he decides to step on stage. I would love to be wrong, but when you line him up against even some of the newer guys, there seems to be a pretty drastic gap in physiques. Kevin would need to put on a lot of size in order to win a show or even place top five in a show like the New York Pro, Arnold Classic, or Olympia.

Flex on the other hand has the best shot at winning a pro show with his return the way I see it. He had a great physique back when he was competing and you can see that starting to show through again now that he’s been putting in the time back in the gym. The Classic Physique division does not make Flex the runaway winner though. There are some great guys in the Classic Physique lineup that would give Flex a run for his money. Was Flex smart for going into Classic? My gut says yes. While he could come back and would probably look better than Kevin on the actual bodybuilding stage, right now Flex’s physique is geared more towards Classic.

Something else many people want to think about is once one or the other wins, will they finally hang up their posing trunks for good or will they keep going? That’s a very good question. I can see Flex doing a few shows and then calling it quits. Lately he has been very sensitive to what people are saying on the internet and I truly believe it’s messing with his head. Back when he competed there was no social media. If someone had something to say, it was to his actual face. We’ve all seen the interviews where he lashed out at fans and haters who dismiss the possibility that he will come back and do anything in the sport and point out all of his lagging body parts as if they, themselves, were the judges. I, on the other hand, can see him potentially winning some shows and then calling it quits somewhere in 2018.

Kevin is a completely different story. There are two scenarios I see with Kevin. The first is, he won’t give up until he wins at least one show. Once he wins a show and proves he still has it, it could be all over for him and back to a normal life he goes. Then, on the flip side, he mentioned in a recent interview that he is looking to launch his Signature Series line of supplements in the United States very soon. Having him on stage could help move product and pull it off shelf. The downside is, if Kevin isn’t placing well in shows and doesn’t look amazing, no one is going to want to use his products. Even if he does look good there will be only a small percentage in my opinion that will use his products. Look at all the other competitors who have lines. None of them are setting the world on fire in the supplement industry.

Only time will tell what each competitor will do moving forward. Who will win first and what their plans may be after a win. Flex I believe has the upper hand in the comparison, but on any given day all competitors can win with ease or be defeated by someone they underestimated. It should be an interesting rest of the second half of the competition season to see what happens when Flex Wheeler finally steps on stage and what exactly Kevin will bring when he figures out his schedule.