Newer PostFlex Wheeler or Kevin Levrone: Who Will Achieve Their Comeback Win First?
Older PostThe Mind Game on How to Stay Motivated!
Share on FacebookShare on TwitterShare on LinkedinShare on Pinterest 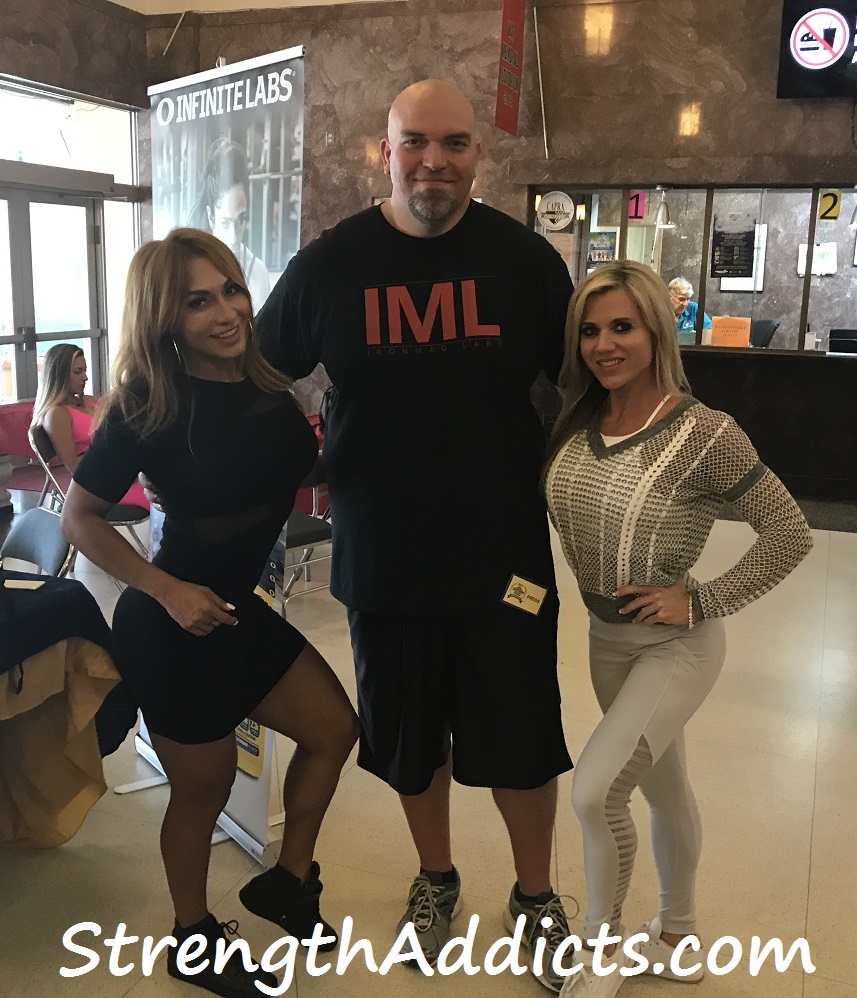 As someone who’s been involved in the fitness industry for over a decade, I’ve seen, heard, and lived a lot. I’ve covered contests in over half a dozen states, spending most of my time backstage – photographing and interviewing competitors, chatting with expeditors, and observing how coaches work. After conducting hundreds of interviews, features, and podcasts, I’ve become quite familiar with all aspects of physique-based competition. One aspect to the process that’s definitely critical, particularly for women competing in Bikini and Figure, is the decision of whether to join a team or not. There are teams that have men – both amateur and professional – however the most lucrative field are the aforementioned. Over time, there’s been a saturation of teams, with coaches of varying levels of expertise. In this article I’d like to address what benefits and/or pitfalls are involved, as well as what are some signs for athletes who find themselves stuck in a rut.

Coaching is not for everyone. There are countless competitors who failed on stage, now prepping others. They didn’t study nutrition, exercise science, or any medical-related field in college. Some of them barely graduated high school! Most don’t have any personal training background, much less even a single certification. For many coaches, their “experience” rests with some professionally done backstage photos of their few contests, accompanied with a lot of lip service as to why they didn’t turn pro, lots of hot air on politics, and very several explanations for why they stopped competing. If they marketed themselves for what they really are – losers who couldn’t cut it on stage – they wouldn’t be making the killing they’re making. And let’s not get it twisted – there’s a lot of money to be made, along with a lot of good people who may do themselves horrendous metabolic damage by following the guidance of many these whackjobs.

Rest assured, however; I can tell you there’s some great teams out there. Many of the ones will actually screen applicants before allowing them admission. Simply being associated with these squads, will open all sorts of doors in terms of opportunities in the fitness industry. For that reason alone (& there are many more), many of the top outfits set their bar high, limit new members, and require a great deal from those already within their ranks. In terms of household names, we have Team Bombshell, Team Edge, and Otto’s Angels. In terms of new teams, quickly rising to similar levels of prominence, we have D4 Muscle & Fitness, See You Later Leaner, and TC Muscle. With D4, Dan Eslinger offers excellent prep services that also include posing and marketing guidance. With SeeYouLaterLeaner, Adam Atkinson preps his clients in a completely different manner than most – letting them eat into a show. Adam’s competitors always sport huge grins, because their diets are exciting and their coach is always accessible – no matter the show, the day, or time. With TC Muscle, there’s more of a mix in the client base, consisting of men & women, specializing in muscular physiques, and yielding a considerable number of pro cards at national level events. TC Muscle’s coach is none other than IFBB Pro Bodybuilder Brian Hoydic. 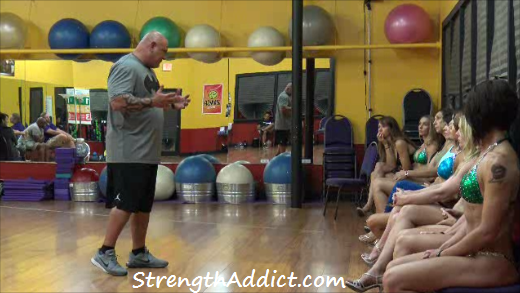 We’ve discussed the bright side of squads and coaches. Sadly, many of the “coaches” at the local level, are nothing more over-glorified, failed competitors, moonlighting as hustlers and taking money from a lot of delusional people. I have come across countless bikini and figure competitors dropping huge amounts of money, wasting tons of their time, and even getting on pretty subpar supplement lines, simply because they decided to follow a second rate, used car salesman type off a cliff. When clients don’t move up the ranks, don’t win, and/or don’t see noticeable improvements in their physique. These are all red flags. When coaches can’t even help improve clients’ posing, it’s time to hit the eject button.

This is not to say that everyone who decided against competing for coaching is a hack. There competitors turned coaches that are amazing. Brian Hoydic is both a competitor and a coach. Trey Hodge, of Team Hodge, no longer competes and coaches full-time. Hodge has a proven track record of bringing Pro’s to the stage in the best shape of their lives. In fact, Trey is largely responsible for helping Charles “The Tank” Dixon find a second life in the sport of bodybuilding. Like TC Muscle, See You Later Leaner, & D4, Team Hodge isn’t for everyone. The bar is set high and unless Trey has somehow managed to clone himself, he’s only one guy. When you have a coach who’s really on, knows nutrition, and knows how to dial someone in during the critical, final 48hrs, demand goes through the roof. Coaches on Trey’s level aren’t just looking for a payday. Who they work with and how they place has a direct impact on their reputation and that of their team.

Top level coaches and elite-level teams are very much VIP type groups. Distinguishing local coaches from neighborhood hustlers can prove to be quite the daunting task, at time. I have witnessed, first hand, aspiring competitors who are years away from competition shape, even for a Level 1 NPC show, tell a “local coach” that they have aspirations of earning an IFBB Pro Card. A real coach, would be blunt, and tell such a competitor that pro status would be years away. A hustler will sit there and lie, telling an impressionable prospective client, that pro status could be had through hard work and rigid adherence to a provided workout, supplement, and dietary regime. This hustler POS will take their dues payments, hook them up with bullshit supplement companies and prepared meals (earning kickbacks/commission), and maybe even line them up with a supplement company (also giving the “coach” a kickback). Before the six months are up, the competitor still looks like crap, goes on stage and takes a horrible placing, only for the coach to blame the NPC, the judges, and/or whine about “politics.” This is a con that’s being perpetuated on countless good people. Very seldom, if ever, will the athletes manage to break free.

Teams offer an undeniable social component that is extremely attractive to competitors. New competitors (1-5 shows) thrive on being part of a bigger group. Often times, a team will take up a small piece of backstage territory. It’s not like gang turf, or anything like that! No areas are off-limits and no one is standing there demanding a toll be paid for passage (LOL); however, there are areas where each squad will set their bags, eat their meals, and kill time together. The coach is usually at the center of it all, acting as a nucleus of normalcy. He/she ensures that competitors don’t get lost (wandering off is a MAJOR risk backstage) and ensuring no one eats/drinks when they’re not supposed to. Many competitors, particularly Bikini/Figure & Classic/Bodybuilding, are crossovers. If the expeditor shouts to the top of his/her lungs 2-3 times and the competitor is MIA, then that competitor just tossed 12-16wks of prep out the window. In addition to acting as a drill sergeant of sorts, the coach also is there for any last minute jitters, questions, and/or final posing tips. Moving beyond the coach, there’s the social connections being forged among team members. They’re all there, dieted down, waiting to get on stage. They have a great deal in common, they can relate to each other’s issues. Acquaintances become friends & friends become buddies. 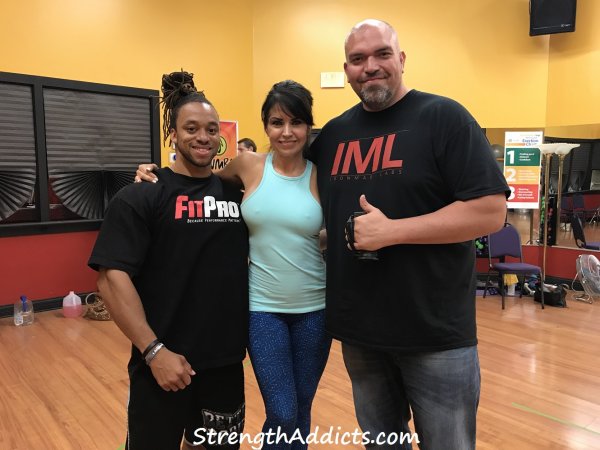 The social bonds created among team members are very strong. The bond between athlete & coach is perhaps even stronger. Contest prep is the fundamental service; however, networking quickly becomes an invaluable fringe benefit. These factors, individually & collectively, make joining a team very alluring. These factors also make leaving a team all the more difficult. If an athlete did his/her homework, hired a competent coach, and is seeing results, then that athlete has a hit a homerun! If an athlete hired a coach off a whim, the person is clueless, and/or results are few & far between, that athlete will have a very hard time breaking from a coach and/or team they like socially.

Loyalty is very important virtue when it comes to teams. It’s very difficult to leave one team for another, without ruffling feathers. Most coaches will take it personally – but the really good ones will put up the best act of their lives. The really good coaches will even be happy for you on the surface; however, rejection is never something taken lightly – that’s just human nature. If an athlete leaves Team A for Team B, they’re rejecting one group and accepting another. The best way to go about this is to talk to the coach first, do it as quietly as possible, and always try to give props and show respect to the old team. But even all that being said, feathers will still be ruffled! Coaches will still have sour grapes, but the real drama will come from the disgruntled former teammates. This is because, those once solid bonds of friendship will be inevitably affected. The rejection spreads like wildfire. Loyalty keeps an athlete seeing results in the team, but it makes also makes it that much difficult for an athlete being hustled, from hitting the eject button.

I have seen competitors DENYING themselves of better placings and possibly even pro status, simply because they lack the courage, and more importantly the HEART, to dump useless coaches. You wouldn’t take your car to a seamstress for repairs, but countless athletes entrust their contest prep on male strippers, club bouncers, and even ex-cons who talk a big game and seldom, if ever, deliver.

Teams are conceptually good organizations. They have undeniable social and networking benefits. Solid coaches can get an amateur pro status in half the normal time. A good coach treats all clients the same, doesn’t play favorites, and nips jealousy and drama in the bud. I’m all for good teams, but I’d like to be very clear, when I say that the vast majority of teams are CRAP. Most “coaches” are bums and most athletes who don’t have the sense to leave them, will ruin their physiques, metabolisms, and sour their love for physique-based competition.

Always be skeptical my friends and DO YOU YOUR HOMEWORK, FIRST!