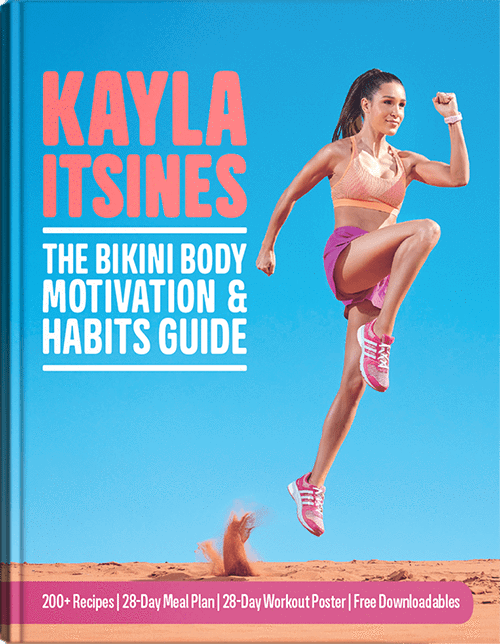 Recently I was told about a story involving a social media influencer named Kayla Itsines. To be honest, I never even heard of her before today. Apparently, she has more Instagram followers than celebrities such as Jillian Michaels and Gwyneth Paltrow. She has decided to make a stand on social media, pushing the thought that those on social media need to stop being so hard on women when it comes to their appearance. I see so many things wrong with what she is saying and trying to do. Not that the movement isn’t something that needs to be done, but rather coming from her is pretty comical.

Look in the mirror

Kayla has been on social media for years and has more than seven million followers on Instagram, a platform that obviously obsesses over selfies. If you visit her Instagram page, it’s flooded with her own selfies. This is pretty funny considering she is now saying women shouldn’t obsess over their image and taking photos of themselves—yet, this is exactly what she does every day. Hypocritical? Yea, I think so. She’s trying to backpedal from what made her famous, yet continues to do what she’s urging other women not to. As you can tell, I’m a little confused since she’s talking out of both sides of her mouth. You can’t have your cake and eat it too.

She wants to talk about body image and how you shouldn’t view your worth from what people say online and by taking tireless selfies every day. But again, what does she think she’s portraying when she’s posting selfies of her body in only workout apparel, a sports bra, spandex booty shorts, etc. and purposely showing off her abs in photos? How does that not scream “look at me” and have “body image” written all over it.

I’m not doubting that she means well with her actions and intention and what she is trying to accomplish by empowering women to embrace their own body regardless of how they look, but nothing on her social media matches what is coming out of her mouth. I understand she has an app that is helping change lives, but I don’t find much value from her Instagram posts which she is supposed to be famous for. All it looks like is her pimping her app all the time.

Kayla has a website with a helpful blog where she covers many different topics relating to health, fitness, and nutrition, but in the next breath she’s trying to get you to whip out your credit card and purchase something from her. I guess good for her. She’s built a small empire worth millions.

Everyone has imperfections, you’ll just never see mine

She claims that in 2018 there is going to be a huge movement towards body confidence. Kayla talks about how everyone gets bloated, has stretch marks, and are sometimes extremely self-conscious with their body. Yet, Kayla hasn’t seemed to showcase any of her flaws. Why not take pictures of your cellulite (if you have any)? Or why not post images of your stretch marks (again, if you have any)? All of her photos give the impression that she has the ideal and perfect image and body even though she personally feels she is negatively targeted by people online who think she is too skinny.

If you’ve never battled these issues, I’m not sure how much experience you would have talking about them. Do you really know what it feels like to be insecure from cellulite if you’ve never had any? That’s like a skinny person speaking as if they can relate to what an obese person is going through when they, themselves, have never been obese or even experienced such as thing.

When it comes to posting on social media, she wants people to post a story behind the image and give followers a reason why you took it. But again, her images don’t sing the same song. That would be like me saying nutrition is extremely important to reaching your goals and that you should eat clean foods daily and then posting a picture on my Instagram of me eating a McDonald’s Big Mac sandwich. It’s confusing and gives off mixed messages.

A rainbow following a storm

While it appears that I’m frustrated with what Kayla is doing (which I am), she IS doing some good for people across the globe. She’s using her platform and huge following to preach about health and fitness. While I don’t agree with her new no-selfie movement and trying to combat negative body image, yet still posting selfies of herself every day showcasing her physique, I think her heart is in the right place.

I, too, feel that people go a little overboard with comments today on social media. Everyone wants to hide behind their keyboard and bash people. Last time I checked, these internet commandos aren’t physically fit and don’t have the following or even the reach that individuals like Kayla have. I hope she continues to speak about and preach the good that comes from health and exercise, that it can change lives for the better.