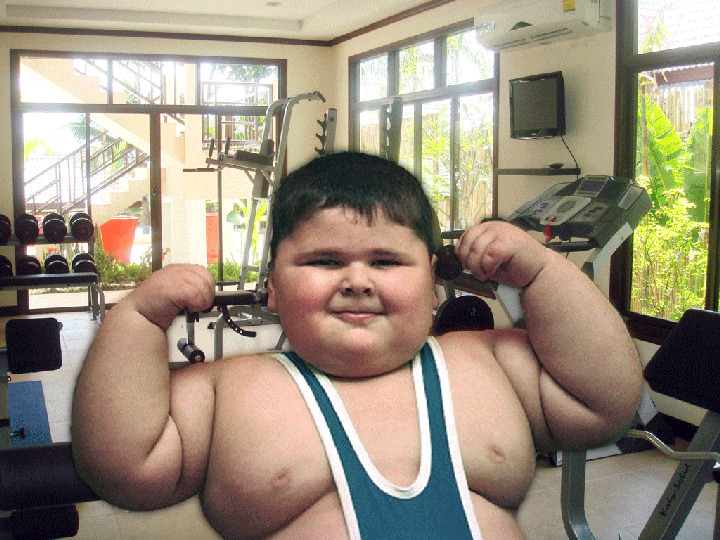 What if I told you (men), that because you exercise regularly, your offspring has an increased risk of becoming obese along with other health issues? It might leave you scratching your head, right? After all, eating a well-balanced diet and staying active is supposed to be good for you. Well, according to new research that isn’t exactly the case.

Researchers at East Carolina University are now stating that men who exercise regularly could increase the risk of their unborn (unconceived) child having metabolic disorders such as obesity and insulin resistance. I’m not going to lie, when I first read the study it was late at night and I went back to read it a second time thinking my brain missed some key words that I surely didn’t just read something that showed a negative side effect of exercise—especially on kids that were unconceived. After reading it a second time and making myself some coffee I realized that there was no mistake in what I read.

Now mind you, this new research was done with rodents, so human studies must be completed to validate the findings. So, before you give up on exercise and eating clean, let’s just pump the brakes a little. But the findings of the study are pretty extraordinary.

What did the data show?

Researchers had rodents exercise for 12 weeks prior to having a one night stand with a spicy señorita (female rodent). Ok, we’re having some fun here. Follow along. What the researchers found interesting was that the exercise program the male rodent was engaged in for those 12 weeks had programmed his offspring to burn calories at a more efficient rate. Now that’s the complete opposite of what you might have read above. Here’s where it gets interesting. When they fed the offspring a diet high in fats, according to the researchers it had “increased body weight and adiposity, impaired glucose tolerance and elevated insulin levels.”

The sperm of the active rodent was analyzed and the researchers found metabolic genes and miRNA in the offspring were altered. One researcher mentioned, “The effect may be an adaptive mechanism of changing offspring phenotypic features in response to environmental challenges experienced by fathers. The results were a total surprise, because our initial hypothesis was that paternal long-term exercise would decrease risk for obesity in the offspring. Identification of epigenetic obesity markers may lead to new diagnostic and therapeutic approaches for the diagnosis and management of metabolic disorders in children caused by environment that affected their parents.”

Again, I think we need to stress the fact that the study was conducted on rodents and no human trials yet. While this is normal procedure with research, they always throw out that there isn’t a 100% correlation between rodents and humans so we always need to keep pushing and moving forward with research. We also have to consider that the offspring was given a diet high in fat. This could contribute in itself to the increase in health risks, so that piece of the equation also needs to be dissected a little deeper in the research.

While it’s good news that the researchers believe it can help manage metabolic disorders in children, I’m not recommending anyone start setting their gym shorts on fire and tearing up their gym membership in exchange for a Twinkie and a regular soda. While the study is interesting, let’s sit back and see what they find on humans and if men who exercise long-term show the same result.