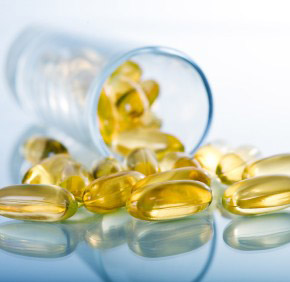 We all know the importance of having a good quality fish oil product as part of our daily supplement regimen, but what people might not know is that research is showing mothers who supplement with fish oil while pregnant can lower the risk of their baby having asthma.

1 in 5 kids these days are affected by asthma. Studies previous to this one have shown pregnant mothers who have low eicosapentaenoic acid (EPA) and docosahexaenoic acid (DHA) levels show a higher rate of their offspring having either asthma or some type of wheezing disorder.

If you were like me, I suffered from asthma most of my youth. And let me tell you, it sucked. Even though I had asthma, I was still active in sports and athletics—obviously, I just needed to have my inhaler close by in case I ran into any issues. For people like us, not being able to breath can be quite a scary situation. With this new research, it can ease the minds of many parents all while helping momma stay healthy through the ingestion of the fish oil as well.

Reel in the facts

A study was conducted using 695 pregnant women as test subjects. The data showed an astounding discovery that those women who started using 2.4 grams of fish oil during the last three months of their pregnancy (the 24th week) lowered the rate of their baby having asthma down to 16.9%. The placebo group in the study was given 2.4 grams of olive oil and through its use was found to have a 23.7% risk of their baby having asthma. That’s a 30.7% reduction of asthma in the first three years of the baby’s life.

When taking a deeper look into the findings, they found that the mothers who had the lowest levels of EPA and DHA prior to the study showed the greatest risk reduction when the fish oil supplement was added to their diet. This was the first study of its kind to show a correlation between the supplementation of fish oil with pregnant mothers when it comes to the risk of asthma or wheezing disorders with their baby.

One of the researchers mentioned that supplementing with fish oil isn’t the only way to lower the risk. If you enjoy eating fish and have it frequently in your diet, you may have the same outcome compared to those who use a supplement. They did mention that the amount of fish you’d need to consume is fairly high, so if you don’t eat it regularly, a supplement would be your best option to reap the benefits. They made the statement that a 2.4-gram dose of fish oil is anywhere from 15-20 times the normal amount Americans would be getting through their diet—again showing normal consumption of fish in the American diet is fairly low. The World Health Organization (WHO) has stated that they recommend taking in no more than 3 grams of fish oil per day for health purposes. There’s a possibility that this study could have used a lesser dose and still yielded the same results. More studies are going to need to be conducted to find exactly what the optimal dosage would be.

One researcher mentioned, “Before these findings can be applied to clinical practice, it is therefore imperative to ensure that this dose had no adverse effects on behavior, cognition, or other long-term outcomes. Future work is also needed to determine whether lower doses are effective and whether these results can be replicated in other populations.”

While this study showed great news for reducing the risk of asthma in offspring, the researchers mentioned that it’s still in its infancy stage and pregnant women should not jump right in with both feet just yet and add a fish oil supplement to their regimen in hopes that it will ward off asthma and other wheezing disorders in their offspring. They mentioned they want to get more research completed before they release a definitive answer and recommendation on how much fish oil is necessary to see the same results as what was found through this Danish study.