by Anthony Roberts Propecia (finasteride) is one of those drugs that we've seen around the steroid community for decades, but hasn't really bee 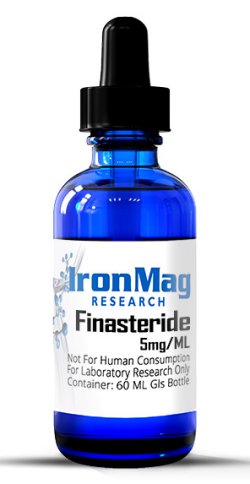 Propecia (finasteride) is one of those drugs that we’ve seen around the steroid community for decades, but hasn’t really been examined in the same kind of depth as we might see with steroids or even as we see with other ancillary compounds. As a result, most people know a single fact about the stuff: it prevents hair loss. Overlooked is that finasteride was available prior to being marketed as Propecia. In 1992 it was approved by the FDA under the brand name Proscar, a 5mg finasteride pill.

Back then, it was used to treat Benign Prostatic Hyperplasia (prostate enlargement). It failed to gain much traction within the bodybuilding community until 1997, when a 1mg pill was released under the name Propecia, with FDA approval to treat androgenic alopecia (male pattern baldness – hair loss from either your natural androgens or those you may have found cause to inject or otherwise ingest).

As you’ve likely surmised “benign” prostate hyperplasia isn’t a life threatening condition, and it’s most obvious symptom is urinary problems (difficulty urinating, waking up several times per night to go to the bathroom, etc…). Because these issues are of the annoying and not life threatening variety, their cause often remains undiagnosed and most bodybuilders simply endure the minor discomfort. Hair loss, on the other hand…well, that’s an aesthetic consideration where onset becomes obvious not only to the person in the mirror, but everyone they encounter. And bodybuilding is entirely about aesthetics – so as you could imagine, while Proscar struggled to gain a foothold in the community, Propecia was immediately embraced.

This created a bit of an odd situation, where a drug had been on the market for years, was not illegal or scheduled, and yet few bodybuilders had any experience with it. Remember, even though we’re really just talking about the same drug in different doses here, whether you take Proscar or Propecia is irrelevant, it works the same way; by reducing dihydrotestosterone.

With several of the world’s smartest bodybuilders working round-the-clock, they figured out that a 5mg Proscar tablet could be cut into fifths, thereby creating five 1mg slivers, which would be far cheaper than purchasing Propecia at the same cost per box. Few bodybuilders were interested in protecting against prostate enlargement, but when it came to hair loss, they lined up to add another drug into their stacks. When Propecia first hit the market, it became the newest must-have drug in everyone’s stack. Add a standard anti-estrogen and you had a side-effect free cycle!

Except that’s not how it worked out. Bodybuilders had already realized that using tamoxifen (Nolvadex) in a cycle would reduce overall gains (normally speculated to be a result of lowered IGF-I levels). The same effect was seen with the newer anti-estrogens, i.e. aromatase inhibitors; the more we used, the less we gained. Estrogen is anabolic…but too much will cause a bunch of nasty side effects (as will too little). As the months and years passed, bodybuilders started to learn that dihydrotestosterone was important to building an ideal physique.

Finasteride doesn’t work by simply eliminating DHT, but rather it acts on an enzyme called 5α-reductase, which itself is responsible for the systemic conversion of testosterone into the dihydro version.

Initially, bodybuilders started using finasteride with their contest prep cycles and noticing that they couldn’t achieve the same level of muscle hardness. This made a lot of sense, because if we take a look at the most prized cutting drugs (i.e. Primobolan, Anavar, Winstrol, etc…) they’re all modified forms of dihydrotestosterone. Dihydrotestosterone has anti-estrogenic properties There was also a noticable loss of aggression in bodybuilders using finasteride and sometimes a loss of well-being. Although nobody really gave it much thought at the time, this is all intuitive stuff. Dihydrotestosterone is the body’s most potent androgen, even more so than testosterone, and if we prevent our body from producing it, or we
limit its effects, then we can run into problems.

Too much DHT and we can also run into problems: hair loss, acne, and (in women) pronounced development of male secondary characteristics (a deepening voice, growth of body hair, etc…). Just like we see with estrogen, we want some, but probably not too much. We want to strive for something not quite a natural balance, but something a little more ideal than natural. It might be beneficial to lower DHT levels a bit, but finasteride is almost too effective for this purpose – it lowers serum DHT levels by up to 70% (and even more in site-specific locations such as the prostate). I’d speculate that what we have here is a drug that is harsh in the same way that letrozole is harsh – and that microdosing makes a lot more sense than taking a full milligram each day.

Moreover, dihydrotestosterone that we find produced locally at the site of hair follicles is the primary cause of androgenic alopecia…not systemic DHT. Therefore, while lowering systemic DHT will address the issue of androgenic hair loss, and Benign Prostate Enlargement, it’s conceivable that blasting 70% of the DHT out of your body is overkill. As with anything, the ideal dose is the lowest possible dose, where the threshold of positive results is what you’re looking for, and the side effects remain either unnoticable or non-existent (or as close to that dose as is humanly possible).

There was some speculation that a topical anti-androgen, such as ketoconazole shampoo (sold under the trade name Nizoral) might help reduce or eliminate androgenic alopecia. Unfortunately, while this makes sense, I couldn’t find much research into this area – I found two studies on the topic, and one concluded that it worked, the other concluded that results were almost identical to minoxidil (Rogaine), which I don’t hear too many people raving about.

Another study examined four different pharmaceutical interventions to restore hair loss in one hundered male subjects, namely the efficacy of oral finasteride (1mg/day), versus topical 2% minoxidil and topical 2% ketoconazole shampoo alone or in combination. The researchers split the men into four (bizarrely) unequal-sized groups: Group 1 (30 patients) was only given oral finasteride, Group 2 (36 patients) was given both finasteride and topical minoxidil, Group 3 (24 patients) used minoxidil alone and Group 4 (just 10 patients) was given finasteride with ketoconazole. The study lasted a year, and as you might expect, hair (re)growth was seen in all four groups. But the best results were had by Group 2, the men receiving a combination of finasteride and minoxidil. Group 4 showed the second best results, followed by group 1, and finally Group 3. If you’re using finasteride primarily A final study speculated that a pharmaceutical regimine of 1mg of finasteride administered every third day combined with the use of ketoconazole shampoo plus minoxidil would prove highly effective. This would certainly be preferable to eliminating 70% of the most potent androgen in our body…

Dihydrotestosterone:
When testosterone interacts with the 5α-reductase enzyme, it produces dihydrotestosterone as a metabolite. In the simplest of terms, it “reduces” testosterone into a version that is basically identical except for the addition of a C4-5 double bond. This allows it to bind more tightly to the androgen receptor. In test-tube scenarios, milligram for milligram, DHT is far more
anabolic than testosterone, but in the human body, we have an enzyme called 3α-Hydroxysteroid dehydrogenase, which converts it into metabolites that don’t do much for muscle growth.

Some tissues are loaded up with an abundance of 5α-reductase and androgen receptors, including the prostate gland, skin, and scalp, but not much 3α-Hydroxysteroid dehydrogenase, which is why we see an unfortunate amount of DHT’s activity in those areas, but not as much as we’d like in our skeletal muscle. Because aromatization (conversion to estrogen) requires alternating double bonds in the same ring of the steroid, anything that has been 5α-reduced can not be aromatized. Therefore, anabolic steroids with the base structure of DHT (Masteron, Proviron, Anadrol, etc…) are structurally incapable of converting to an aromatized form. Another benefit of DHT is that isn’t only incapable of converting to estrogen, it’s anti-estrogenic.

Ever wonder why Drostanolone is called “Masteron?” It’s from the same root word as “mastectomy,” and it was actually first developed as a secondary treatment for breast cancer…because it lowers estrogen levels in the body. Many DHT-derived anabolic steroids are likely to do this to varying degrees.

Finally, there is a trend towards speaking about DHT derivatives as being “unable to be 5alphareduced,” which is tehnically true, but only because they are already 5alpha-reduced. So the fact that one of these anabolics “can not be converted to dihydrotestosterone” is a stupifying comment to make, as the standard DHT-related side effects can usually still manifest (depending on the other structural modifications). This means using finasteride along with a DHT-based anabolic is unlikely to help stop hair loss from the latter; remember, the DHT-based anabolics are already 5α-reduced.

Rajendrasingh J Rajput. Controversy: Is There a Role for Adjuvants in the Management of Male Pattern Hair Loss? J Cutan Aesthet Surg. 2010 May-Aug; 3(2): 82–86.