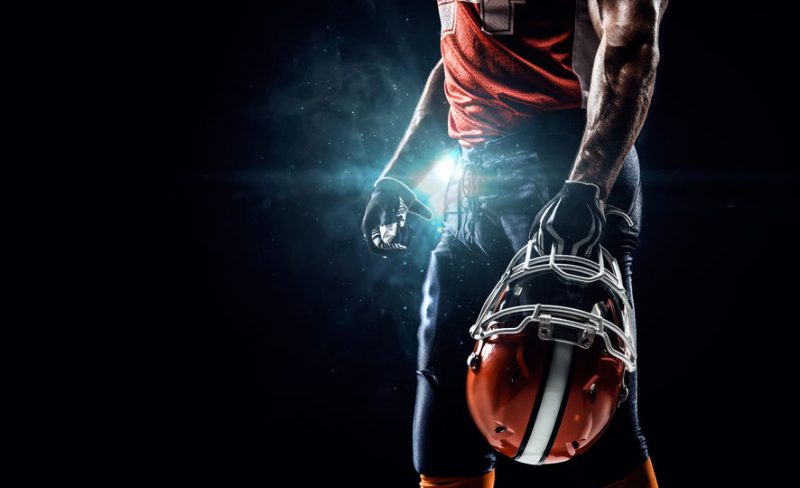 Exogenous ketone supplementation decreases high-intensity exercise performance by 7% according to a recently published study. Researchers at the School of Health and Exercise Sciences at the University of British Columbia had fasted, recreationally active, test subjects consume either 0.3 g/kg β-OHB ketone salts or a placebo, then complete two bouts of high-intensity exercise consisting of a warmup at 30%, 60%, and 90% of ventilatory threshold followed by a 150-kJ cycling time-trial.

Respiratory Exchange Ratio was lower at 30% and 60% with ketone use, as was ventilatory threshold with ketones compared to control condition. Exercise intensity was lower in the ketone-supplemented group and it took them longer to burn the same amount of calories when compared to placebo ingestion.
Average time-trial power output was ∼7% lower with ketone supplementation. 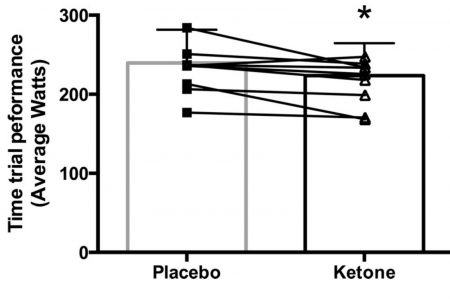 Total fat oxidation was greater with ketone use — but here’s where things get a bit confusing if you’re someone who does timed cardio (i.e. half an hour on the treadmill or stairmaster). This study used total calories burned as the end point of the time trial, meaning both the ketone and placebo group burned the same amount of calories (but it took the ketone group longer).

This study investigated the impact of raising plasma beta-hydroxybutyrate (β-OHB) through ingestion of ketone salts on substrate oxidation and performance during cycling exercise. Ten healthy adult males (age, 23 ± 3 years; body mass index, 25 ± 3 kg/m(2), peak oxygen uptake, 45 ± 10 mL/(kg·min)(-1)) were recruited to complete 2 experimental trials. Before enrollment in the experimental conditions, baseline anthropometrics and cardiorespiratory fitness (peak oxygen uptake) were assessed and familiarization to the study protocol was provided. On experimental days, participants reported to the laboratory in the fasted state and consumed either 0.3 g/kg β-OHB ketone salts or a flavour-matched placebo at 30 min prior to engaging in cycling exercise. Subjects completed steady-state exercise at 30%, 60%, and 90% ventilatory threshold (VT) followed by a 150-kJ cycling time-trial. Respiratory exchange ratio (RER) and total substrate oxidation were derived from indirect calorimetry. Plasma glucose, lactate, and ketones were measured at baseline, 30 min post-supplement, post-steady-state exercise, and immediately following the time-trial. Plasma β-OHB was elevated from baseline and throughout the entire protocol in the ketone condition (p < 0.05). RER was lower at 30% and 60% VT in the ketone compared with control condition. Total fat oxidation was greater in the ketone versus control (p = 0.05). Average time-trial power output was ∼7% lower (-16 W, p = 0.029) in the ketone condition. Ingestion of ketone salts prior to exercise increases fat oxidation during steady-state exercise but impairs high-intensity exercise performance. PMID 28750585 [PubMed - in process] Source: https://www.ncbi.nlm.nih.gov/m/pubmed/28750585/#fft