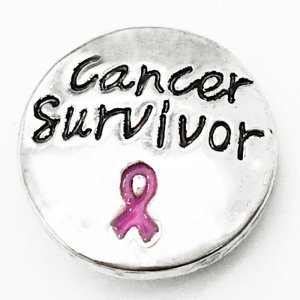 If you are a bodybuilder or are heavily into using supplements to achieve a desired physique, there’s a good chance at one point or another you have used aromatase inhibitors (AI’s). You could have used them as a standalone product or as part of post-cycle therapy (PCT). Aromatase inhibitors are used to keep estrogen levels in check. Many men will use them as part of their PCT in order to keep their estrogen from skyrocketing after they are done using a steroid/hormone cycle. The AI will block aromatase—a fat enzyme—which can cause other hormones in the body to convert to estrogen. In males, too much estrogen in the body will cause some men to get gynecomastia (gyno or man boobs) through the creation of male breast tissue. For this reason, many men prefer to use an AI to try to prevent gyno from forming.

Using an aromatase inhibitor does not come without the risk of side effects, though. In fact, women who had breast cancer and who are using AI’s as part of their treatment to prevent it from coming back are finding out the side effects first hand. Two common side effects due to aromatase inhibitors are joint pain and bone loss. For that reason, research is showing that many women stop the treatment well before they should.

How to combat the side effects of AI’s

Cancer is something to not mess around with. Research shows that around 12% of women in America will develop breast cancer during their life. That’s roughly about 1 in every 8 women. That’s a scary statistic. It is estimated that over 300,000 cases of breast cancer will be reported in 2017. Unfortunately, around 41,000 women this year will lose their battle with breast cancer.

Many breast cancers are considered hormone receptor-positive where through the presence of estrogen or progesterone, it enables the cancer to grow. For this reason, many breast cancer survivors need to use hormone therapy techniques such as aromatase inhibitors to prevent the cancer from coming back.

Researchers have made some amazing discoveries over the years to help women beat cancer. For those who beat it, there is always a chance of it coming back. Part of their treatment after beating it is through the use of drugs, one of which is an aromatase inhibitor to keep estrogen levels in check that is generally used for up to five years after becoming cancer-free. Some of these women (around 40%) find the joint pain due to the AI is hurting their quality of life and their everyday activities and stop taking the AI’s before the five-year term is up. This greatly increases the chances of their breast cancer coming back. While some would say it’s better than not winning their battle, others say the pain in their joints is unbearable. Many of the cases of women reporting joint pain is in overweight or obese survivors. In fact, studies show that around 65% of breast cancer survivors are considered overweight or obese. Some women even report breaking bones due to bone loss from using the AI’s. One researcher mentioned, “These changes put women at risk for frailty fractures and osteoporosis, not to mention further risk for comorbid chronic disease and cancer reoccurrence.”

In order to help women suffering from these side effects, researchers are pointing them in the direction of exercise. A group of researchers took a look at the effects of both resistance training and cardiovascular training on postmenopausal breast cancer survivors that were using aromatase inhibitors. Both before and after the study, the researchers examined the participants body mass index (BMI), body fat, and bone mineral density. The study lasted a total of one year. Each participant was asked to engage in two resistance training workouts along with 150 minutes of cardiovascular exercise in the form of brisk walking or a jog, every week for the entirety of the study (one year).

Following the study, one researcher said, “We noticed a drop in percent body fat and body mass index, as well as a significant increase in their lean body mass. These changes have clinical benefits, but also suggest that exercise should be prescribed in conjunction with AIs, as part of a regular treatment regimen. There are so many barriers to exercise in everyday life,” she explains. “We can tell our patients they need to exercise, but helping them meet their goals is something at which we [as exercise scientists] need to do a better job.”

The next step (according to the researchers) is to figure out how they can help breast cancer survivors exercise regularly. They are currently working on an app for breast cancer survivors to help them hit their physical activity goals each day and one researcher even said, “I’m really excited about this project because it will enable graduates and undergraduates to engage in patient-oriented intervention research. By using a mobile platform for health promotion and behavior change, we can make exercise more accessible to breast cancer survivors, especially those who take inhibitors and struggle with obesity or being overweight.”

It appears that we are heading in the right direction in terms of helping survivors stick with a plan that puts them in a position to stay cancer-free. However, it appears like it will come down to if each survivor is willing to put in the time to exercise to not only combat the side effects of the AI treatment, but to also reduce their body weight and fat percentages to maintain their health long-term.