Exercise Helps Those with Advanced Cancer 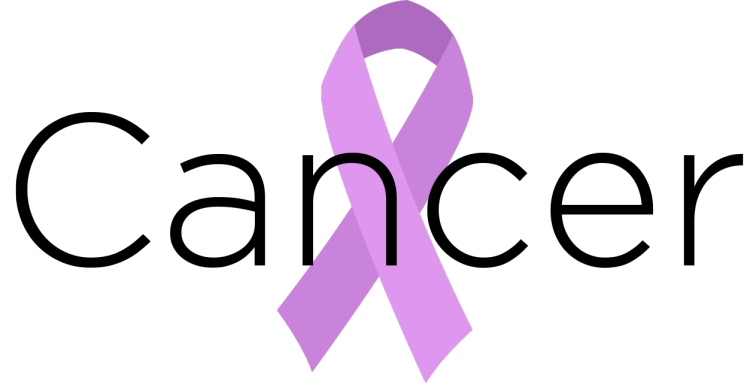 Cancer seems to hit home with just about everyone in the United States these days. We all seem to know someone in our family or a friend who has felt its cold hands on your shoulders. For me, I’ve personally watched more than my share of family members die from cancer. The thought of it is actually quite depressing. All of the money, technology and science behind cancer research, yet we still don’t have a cure. Sure, modern medicine and technology are improving every day, but statistics show that in 2016 an average of 1,632 people died every day from cancer.

If you do the math, that’s around 595,690 for the year. Over half a million Americans lost their lives due to cancer last year. If that figure doesn’t send chills down your spine, I’m not sure what will. Last year alone an estimated 1,685,210 new cases of cancer were diagnosed in the United States. To help those suffering from advanced cancer, researchers are now prescribing exercise to give cancer patients a better quality of life and an improved sense of wellbeing.

Adding exercise to the list of ways to help cancer patients

42 patients who were suffering from advanced cancer at the Florence Nightingale Faculty of Nursing and Midwifery at Kings College London allowed researchers from the University of Surrey to conduct a study on how exercise can help improve their overall quality of life and possibly lessen the severity of their cancer symptoms. The modality of exercise used by the researchers in this study was walking. Nothing too intense, just a brisk walk at the individuals own pace.

The patients were separated into two separate groups. The first group was not given any instructions other than asked to maintain their current level of activity and lifestyle. The second group was asked to walk for at least 30 minutes a total of three times per week (on non-consecutive days). They were also asked to attend a weekly group walk where everyone in the exercise group was asked to attend.

When the study was completed, the researchers found that the group who exercised by walking each week showed the greatest improvement across the board. The participants mentioned they felt better after exercising and had an overall enhancement in their wellbeing. They also mentioned that when the exercise group came together for their weekly walk, it benefited everyone to go out as a team and helped change their attitude regarding the cancer. When they walked as a group they were united rather than the feeling of being alone fighting the disease. The group said exercise psychologically helped them cope with their symptoms and the disease better than when they weren’t engaging in physical activity.

A participant from the study was quoted saying, “The impact has been immense! It gave me the motivation to not only increase walking activity from minutes to 3-4 hours per week but also to reduce weight by altering diet, reducing sweets/sugars. Great boost to morale. No longer dwell on being terminal—I’m just on getting on with making life as enjoyable as possible, greatly helped by friends made on regular ‘walks for life’.”

A professor who was a co-author mentioned, “The importance of exercise in preventing cancer recurrence and managing other chronic illnesses is becoming clear. Findings from this important study show that exercise is valued by, suitable for, and beneficial to people with advanced cancer. Rather than shying away from exercise, people with advanced disease should be encouraged to be more active and incorporate exercise into their daily lives where possible.”

To me, this is very important. If you have been around people who were living with cancer, you can almost seem to see them go into their shell a little bit. I’m sure it has to do with fear. It also probably has to do with the thought of their unknown future. How far will the disease take them? How long will they be able to live if there isn’t a cure? And how much suffering are they willing to endure to keep fighting to live? If exercise can be added to their weekly regimen, along with a support group, it appears it can help lessen the load these individuals face on a daily basis. The group in the study who were asked to exercise by walking looked forward to their group walks and the time they got to spend with others suffering from advanced cancer. While walking doesn’t exert a ton of energy and physical demand, it seems like the perfect method to allow both physical and mental improvements with cancer patients.

The lead researcher for the study said, “This study is a first step towards exploring how walking can help people living with advanced cancer. Walking is a free and accessible form of physical activity, and patients reported that it made a real difference to their quality of life. Further research is needed with a larger number of people to provide definitive evidence that walking improves both health outcomes and social and emotional wellbeing in this group of people.”

Something else worth looking into with future research is at what stage does exercise no longer have any benefits? While it helps improve their overall wellbeing, does it help prolong life or is it simply a coping mechanism for those living with advanced cancer? Also, does age, gender, and the type of cancer have any bearing on the results of exercise? While this research is a step in the right direction, there’s much more work to be done and even more lives to help.

Sources:
University of Surrey. “Quality of life with those with advanced cancer improved through walking.” ScienceDaily. ScienceDaily, 17 February 2017.

Newer Post
Should You Eat Before Exercise?
Older Post
Why Are Bodybuilders from Different Generations Disrespecting Each Other?