Epithalon – The Fountain of Youth Peptide 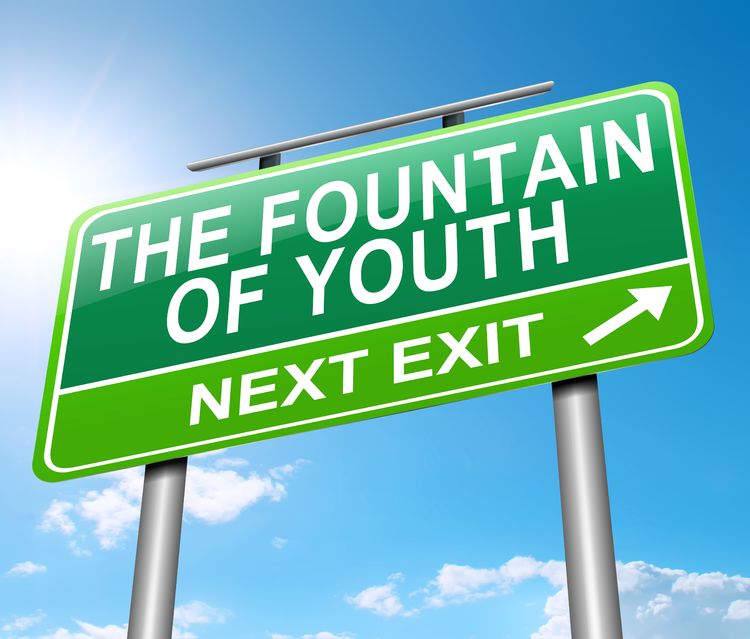 Man has searched for some kind of “Fountain of Youth” for centuries. On April 2nd, 1513, Spanish explorer Juan Ponce de Leon and his crew became the first recorded Europeans to set foot on Florida. It’s believed that they made this discovery while searching for the “Fountain of Youth”, a magical water source supposedly capable of reversing the aging process and curing sickness. Man’s quest for such a solution failed until Dr. Vladimir Khavinson discovered Epithalon in the 1980’s.

Epithalon (a.k.a. Epitalon, Epitalone) is a synthetically derived peptide consisting of four amino acids. Epithalon increases the natural production of telomerase, a natural enzyme that helps cells reproduce telomeres. To understand how Epithalon could in fact be that “Fountain of Youth” man has long been searching for, we must first understand what telomeres are and how they relate to the aging process.

Telomeres are the caps at the end of each strand of DNA that protects our chromosomes. Without telomeres, DNA strands become damaged and our cells can’t perform their job. Our cells replenish by duplicating themselves. Telomeres get shorter each time a cell copies itself. When telomeres become too short, cells age and stop functioning as they should. Telomeres naturally shorten as we age, but they can be prematurely shortened by stress, smoking, obesity, and lack of physical activity. Telomere length represents a person’s biological age as opposed to their chronological age. There is a very strong connection between telomere length and cellular aging. That is where Epithalon comes in.

Dr. Khavinson observed that introducing the peptide Epithalon into mammals induced telomerase activity, lengthening telomeres. This resulted in a reversal of age related disease and a reversal of signs of aging. Several studies have proven that the length of telomeres increase after taking Epithalon. During one study, a group of subjects were given the peptide for 12 years. They showed a lifespan 30 to 50 percent longer than those who didn’t take it. By taking Epithalon, these subjects extended their lifespan by an average of 7 extra years. Not only did they live longer lives, but they did so with much better health when compared to those that didn’t take the peptide.

By lengthening telomeres, Epithalon greatly increases a cell’s lifespan, leading to much healthier organs, joints, and all living tissue for that matter. If you believe that this peptide can only benefit those looking to prevent aging and age-related illnesses, think again. Epithalon does have a place in bodybuilding and fitness. Adding muscle mass and losing body fat efficiently relies on healthy organs and muscle tissue. On the cellular level, this relies on telomere length. Many of us can think back to a time when our bodies performed better than they do today. During a person’s prime, telomeres are long enough for healthy cell division to occur.

Epithalon can’t make an athlete any better at his given sport, but it could substantially lengthen the amount of time an athlete is in their prime. As for bodybuilders, this peptide would allow for greater muscle repair throughout the later years in life. Shorter telomeres are linked to muscle degradation, and this is something that everyone experiences as they age. Epithalon could delay age related muscle loss for many years.

Unlike most other peptides, Epithalon is not taken continuously. Instead, it is taken over a 20-day course every 4 to 6 months. An effective dose is 5mg to 10mg taken 1 to 2 times per day.
Epithalon may not exhibit immediate, visible results as often experienced with other bodybuilding compounds. This may be why this peptide lacks the popularity that is seen with other peptides. Epithalon is a peptide that should be considered by anyone who wants to delay aging, prevent age-related illnesses, and to extend the length of their prime.