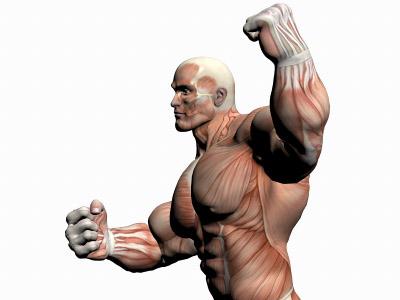 Eldecalcitol, a synthesised version of vitamin D that is marketed in Japan as a registered medicine, enhances muscle strength at a daily dose of less than a microgram. Japanese scientists discovered this when they did an experiment with a couple of dozen elderly people.

In the early 1980s scientists discovered from in-vitro studies the protective effect of calcitriol, the active form of vitamin D in our bodies, against cancer – but they also discovered that to be effective required concentrations that had side effects in humans. [Steroids. 2001 Mar-May;66(3-5):137-46.] The synthetic vitamin D analogue eldecalcitol became active at noticeably lower concentrations.

Study
In 2016 Japanese researchers at Akita University published in the Journal of Bone and Mineral Metabolism the results of a study in which 18 women had taken 0.75 microgram eldecalcitol every day for six months. The participants had an average age of 74 and suffered from osteoporosis. They also took alendronate, a drug used to treat osteoporosis. A control group of 17 women took alendronate only.

The researchers measured the participants’ muscular strength just before and just after the supplementation period.

Results
The supplement made the participants stronger.

Different study
In 2014 the researchers also published the results of a study on the effect of eldecalcitol supplementation on the muscles of elderly people with osteoporosis. This study was almost identical to the 2016 study, but was carried out on a larger number of participants. [Ther Clin Risk Manag. 2014 Jan 16;10:51-9.]

Conclusion
“This study has several limitations,” the researchers wrote in the concluding paragraphs of the 2016 article. “First, although this randomized controlled study strictly evaluated the effects of eldecalcitol on balance and muscle strength, it included only a small number of patients. It will be necessary to increase the number of patients and conduct a long-term investigation of the fall prevention effects of eldecalcitol.”

The antifracture efficacy of vitamin D in osteoporosis is due to its direct action on bones and indirect extraskeletal effects to prevent falls. Eldecalcitol is an analog of active vitamin D3 that improves bone mineral density and reduces the risk of osteoporotic fractures. However, the effects of eldecalcitol on muscle strength and static and dynamic postural balance are unclear. In this open-label randomized controlled study, we assessed the effects of eldecalcitol on muscle strength and static and dynamic postural balance in 50 postmenopausal women (mean age 74 years) with osteoporosis treated with bisphosphonate. Participants were randomly divided into a bisphosphonate group (alendronate at 35 mg/week; n = 25) or an eldecalcitol group (eldecalcitol at 0.75 μg/day and alendronate at 35 mg/week; n = 25) and were followed up for 6 months. Trunk muscle strength, including back extensor strength and iliopsoas muscle strength, was measured. Static standing balance was evaluated and the one leg standing test was performed to assess static postural balance. Dynamic sitting balance was evaluated and the 10-m walk test, functional reach test, and timed up and go test were performed to assess dynamic postural balance. At 6 months, there were no significant changes in any measure of muscle strength or balance in the bisphosphonate group, whereas eldecalcitol significantly increased back extensor strength (p = 0.012) and iliopsoas muscle strength (p = 0.035). Eldecalcitol also significantly improved findings on the timed up and go test (p = 0.001) and dynamic sitting balance (p = 0.015) at 6 months. These results with eldecalcitol may have an impact on prevention of falls.