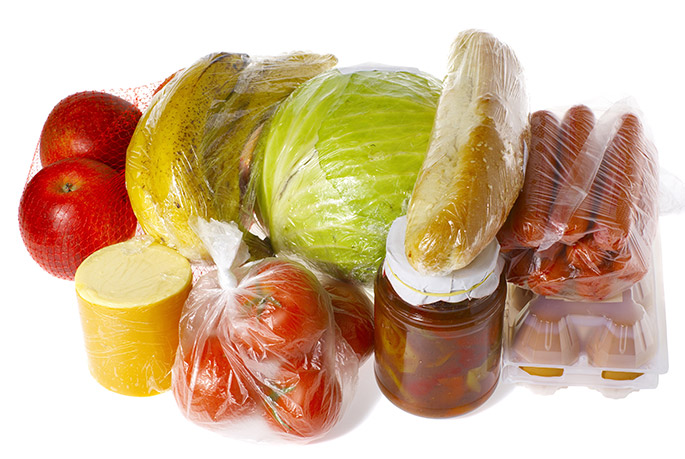 As the saying goes, “waste not, want not.” According to the U.N. around 800 million people go to bed hungry around the world each night. The amount of food we throw away is a real concern when you look at the big picture. While trashing a little food left on your plate here and there doesn’t seem like a lot, add that up over the course of a year and you’d be amazing how much it adds up to. Anywhere from 30-40% of food across the globe is wasted and thrown away because it spoils too quickly. This can be from the fields where the products are picked, to the consumer not eating food quick enough and having to throw it away. If only there was a way to use that “waste” for something useful. Well, that day has come.

It goes without saying that science is an amazing thing. And now thanks to science we have the ability to take food and create an edible form of packaging. This new packaging process will be able to cut back on waste from plastic as well as food itself. In addition, this new technique may also be a better way to preserve the food inside. This project was started by the world leaders in 2015 when they put in place a global development goal of being able to cut the amount of food wasted in half by 2030 as well as cut back on the amount of plastic being wasted.

Thanks to the US Department of Agriculture, scientists were able to take a milk protein in the form of casein (which I’m sure most of you are familiar with) and turn it into a film to use for packaging goods. This edible packaging film is virtually tasteless but could be turned into flavor options to allow the consumer to eat the packaging when they finish off the contents inside. The scientists are also saying that it is possible for them to add different micronutrients to the packaging as well, or even things like probiotics aren’t out of the question.

At first glance the packaging resembles the normal plastic wrap we are all used to seeing. However, this casein-based packaging is up to 500 times better when it comes to protecting the contents inside from oxygen. Should the casein packaging not be eaten, it doesn’t create any environmental issues like plastics since the casein-based film is biodegradable and sustainable. One researcher said, “the protein-based films are powerful oxygen blockers that help prevent food spoilage. When used in packaging, they could prevent food waste during distribution along the food chain.” The researchers are optimistic on rolling this out quickly and mentioned that we should see items on shelves with the new casein packaging film within the next three years.