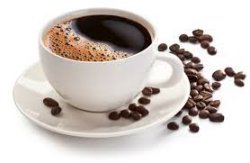 If you drink two or three cups of coffee a day, then do continue to do so. This habit may just delay the aging process at molecular level. Epidemiologists at the University of Harvard will soon publish their findings in the Journal of Nutrition. Yep, we’re writing about telomeres again.

Study
The researchers used data that had been gathered during the 1976 Nurses Health Study. This provided them with data on the lifestyle of 4780 women – including their coffee consumption. They also knew the length of the telomeres in their blood cells.

Results
There was no relation between the intake of decaf coffee – that disgusting stuff that has had the caffeine removed – and telomere length. But the participants who drank a couple of cups of real coffee every day were more likely to have a longer than average telomere length, as the graph below shows.

The researchers corrected their data for age, smoking, bodyweight, physical exercise, alcohol and quality of diet.

The chance of an above-average telomere length was optimal at an intake of 2-3 cups of real coffee per day.

Why decaf coffee does not protect telomere length the researchers don’t know. They suggest that caffeine forms complexes with bioactive substances in coffee that are broken down less quickly in the body or have greater bioavailability. [Food Biophys 2009;4:321-30.]

Conclusion
“Our findings suggest that higher consumption of coffee – especially caffeinated coffee – is associated with longer telomeres, but additional studies are needed to clarify how coffee consumption is involved in telomere biology”, the researchers summarised. “Future studies can provide mechanistic understanding by examining how specific compounds in coffee are involved in telomere maintenance.”

“In addition, conducting observational and randomized clinical studies that examine other populations or obtain repeated measurements of telomere length for each participant will further clarify the shape of the dose-response curve for coffee consumption and telomere length.”

“Understanding coffees effect on telomeres may help us discover new pathways by which coffee consumption influences health and longevity.”

Background
Coffee is an important source of antioxidants, and consumption of this beverage is associated with many health conditions and a lower mortality risk. However, no study, to our knowledge, has examined whether varying coffee or caffeine consumption levels are associated with telomere length, a biomarker of aging whose shortening can be accelerated by oxidative stress.

Objective
We performed a large comprehensive study on how coffee consumption is associated with telomere length.

Results
Higher total coffee consumption was significantly associated with longer telomeres after potential confounding adjustment. Compared with non-coffee drinkers, multivariable ORs for those drinking 2 to <3 and ≥3 cups of coffee/d were, respectively, 1.29 (95% CI: 0.99, 1.68) and 1.36 (95% CI: 1.04, 1.78) (P-trend = 0.02). We found a significant linear association between caffeine consumption from all dietary sources and telomere length (P-trend = 0.02) after adjusting for potential confounders, but not after additionally adjusting for total coffee consumption (P-trend = 0.37).