Do Bodybuilders Owe It to Us to Post Progress Pics? 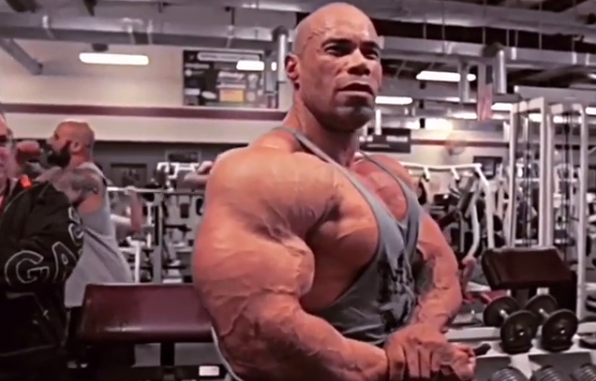 In an industry that is judged on appearance, do bodybuilders have the right to hide their physique during their prep, or do they owe it to the fans to showcase their progress leading up to the show?

Fans fill the seats and help pay your bills

As bodybuilding fans, we look forward to seeing how our favorite competitors are progressing in the offseason as well as during their preparation for a show. There’s a transformation that happens unlike in any other sports that are televised. So while I understand that some competitors want to put their head down, go into hibernation, and put in the work necessary under the radar when getting ready for a show, but let’s not forget who puts money in their pocket when it’s all said and done—us. We fill the seats. We come out to show our support for these athletes. Sure, the supplement industry helps fund much of every contest out there, but it’s the fans who ultimately make it a reality. If the fans weren’t coming out, sponsors would keep their money and not invest in sponsoring a show, or having a booth at the expo (which is insanely over-priced with little to no return on their investment—but that’s another topic to discuss in a separate article). Bodybuilders owe it to us, the fans, to be engaging. We fill the seats. If it wasn’t for us, the sport would simply disappear.

We aren’t talking about baseball here

In traditional sports, journalists and fans can pay attention to trades, new contracts, drama in the locker rooms, etc. With bodybuilding, we don’t get any of that. The only thing we get to focus on are the physiques of the competitors and their training. If a competitor doesn’t share progress pics, we have nothing to talk about and it truly isn’t fair to the fans to be left in the dark for months at a time. The old saying “out of sight, out of mind” holds true. If you aren’t engaging, fans will find a new competitor to follow or they might just bail on the industry all together.

Again, this is just my personal opinion and there will be many who agree with me and many others who think everyone deserves their privacy. To me it’s no different than traditional athletes or celebrities who put themselves in the spotlight and then think they can go live a normal life without people watching their every move. They are entertainers, they know going into this what they are getting themselves into—if they don’t like it, then get out of the industry. You get paid for entertaining all of us. You signed up for this, no one forced it on you.

Leading up to the 2016 Mr. Olympia show, there were several bodybuilders who went rogue—no word of their progress, no images shared on their social media showing their prep, and quite frankly leaving many people wondering if they even signed their contract to compete at the show. While some jumped on stage for guest posing weeks before the show, others were on lockdown focusing solely on their prep and putting all of their energy into training, eating, and resting. This is fine, but fans still want to see what goes on in their life during their prep for major shows. There’s an excitement surrounding it. Think about how guys like Big Ramy, Victor Martinez, and Roelly Winklaar broke the internet when they posted some progress pics in 2016. People want to be entertained by these competitors posting images.

Give us the fans what we want

Again, I might be the minority here, but I truly feel that bodybuilders need to engage their fans and followers during their prep. Some updates during their off season I would also feel is necessary. For instance, people love seeing how huge Big Ramy is in the off season. Likewise, people enjoy watching guys go from a bloated look in the off season and diet down into a shredded gladiator. So for me, I’d like to see something contractually put into the agreement that holds competitors accountable for posting updates of their prep (at a minimum). It gives us all something to look forward to and talk about. What are your thoughts?