Newer PostMuscle Maker Grill on the Move
Older PostWhey Protein: It’s Not Just for Meat Heads
Share on FacebookShare on TwitterShare on LinkedinShare on Pinterest 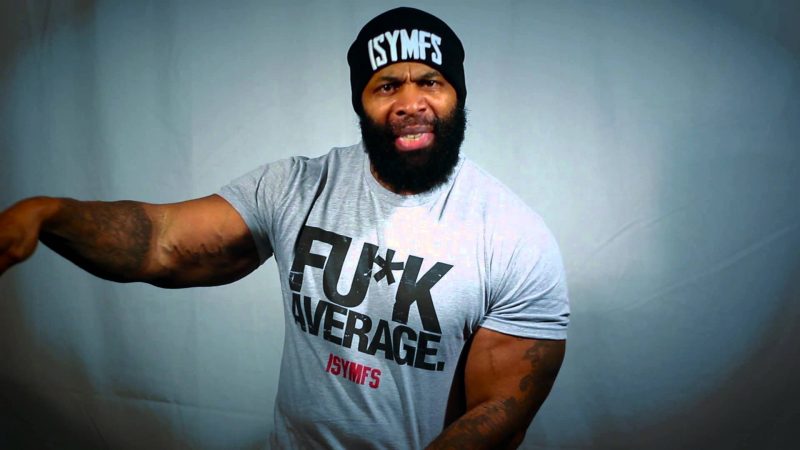 If you can get past all of the cursing and insanity, CT Fletcher is an extremely motivating individual—and a little crazy. He wants you to be better, and to learn from his mistakes to grab your life by the balls and take ownership of your health. Through many near death experiences, he has come out the other side with a new appreciation for life. But once again, he’s being challenged to live it.

CT is no young whipper-snapper. Sitting in his late 50’s, he is fighting for his life. Back in the day, CT was a world-champion powerlifter. He did anything and everything to be able to load more weight on the bar—this includes eating McDonald’s basically every day to keep his calories up (which meant consuming nearly 5,000 a day at McDonald’s alone). Unfortunately, that lifestyle caught up with him and he was rushed into open heart surgery in 2005.

CT suffered from an enlarged heart and found out that his aortic valve was a ticking time bomb and could rupture at any moment—especially if he does anything strenuous. Many will blame his situation on apparent steroid use, but we aren’t here to speculate what could have caused his heart problems. He tells the stories of how he dodged death three times on the operating table and how it gave him a new perspective on his training and nutrition. The man who was over 300 pounds at one time is now sitting around 235 thanks to making the switch from an overweight powerlifter to a now, lean and muscular bodybuilder.

In the middle of June 2017, CT hit another roadblock. He was rushed to the hospital when he suffered a heart attack. Again, going under the knife, CT had a new defibrillator installed. With good spirits and this time following the doctor’s orders, CT took about six weeks off from the gym to rest and recover. Now, he’s is back in the gym training just as hard, almost as if he had a new heart put in.

Unfortunately, another visit to the hospital caused the doctors to recommend that CT go on the heart transplant list. With mixed emotions, CT is unsure what his next few years may look like. With the odds against him, he may very well need to put his name on the list. However, he is having a tough time coming to the realization that in order for someone to donate their heart to him, they must first die. CT, himself, is not afraid of death and mentioned that if it’s his time than so be it, that he’s not afraid.

With an outpouring of support, people from around the globe are in CT’s corner giving him well wishes and keeping him in their thoughts. CT is unwilling to accept limitations and vows to push on regardless of what the outcome is—saying if it’s his time, it’s his time. No regrets. 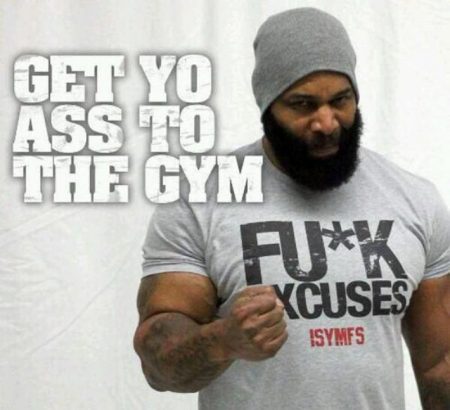 Fletcher is known for his motto, “It’s still your muthaf*ckin set.” He has somewhat of a cult internet following these days. He’s changed from a powerlifting background and has moved more into bodybuilding over the last several years. His no non-sense, no BS lifestyle is attractive to many. His followers hang onto every word he says—primarily through his social media outlets. He’s going after and targeting the younger generation to help motivate them and keep them moving in the right direction. He wants everyone to live to their full potential and often makes video clips trying to have youngers shift their mindset that anything is possible if you believe it and are willing to work towards your goals.

What’s in store for CT?

CT is still CT and I don’t think that will ever change. He’s putting himself out there on social media and expos in hopes to be an inspiration to everyone. He opened a gym called Iron Addicts Gym in California where he lives. Others have also opened Iron Addicts locations that aren’t related to CT, but his image/likeness is still part of the gym logo and atmosphere.

In addition to the gym, CT has other business ventures that he started such as an apparel line that stems from ISYMFS and is more of a hardcore apparel line with some expletives found on various items. If that’s your type of thing, and are ok walking around town wearing it, he has it available.

Fletcher also started his own line of supplements. I personally have never tried them, so I cannot attest to how good or bad they are. And to be honest, I’m not even going to speculate on how well they are selling. If I personally haven’t tried a brand or product, I’m not one to talk about it and hype it up or tear it down.

For CT’s sake, I hope he puts himself on the list for a heart transplant and can get the surgery done and over with so he can continue down his path without this dark cloud over his head. I can’t imagine what life would be like knowing that something in your body that is your lifeline is a ultimately a ticking time bomb. And when it goes off, the lights go out and never come back on. I also wish him success in all of his business ventures and while I don’t agree with many things he says and does, he’s doing a lot of good to change lives—which to me is commendable. Good luck to you, sir. Now get back after it, it’s still your muthaf*ckin set!