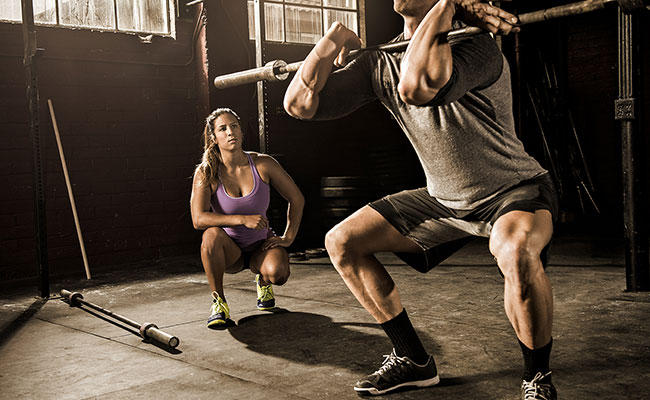 There’s nothing wrong with a little friendly competition, right? Or is there? But then how does a support system fare when compared? Researchers looked at the several ways to help exercisers adhere to an exercise program through the use of social media and the findings might just surprise you.

800 participants agreed to sign up for an 11-week exercise program. Each participant was given the ability to take exercise classes at a gym, along with nutrition consulting, fitness mentoring, and access to a website created by the researchers to help with managing the entire program. The participants were split into four groups to showcase how different social networks changed their exercise behavior. The four groups were specified as: team support, team competition, individual competition, and a control group. At the end of the program, there were prizes given to the participants who attended the most exercise classes provided by the study.

The differences in social network varied within each group. The team support group was able to chat online with their teammates to push them during the program and to help them adhere to it. In the team competition group, participants were able to keep track of their performance via a leaderboard on the website. For those in the individual group, they were able to look at exercise leaderboards to see how all the individual participants were doing (all names were keep anonymous). The last group being the control group had the ability to attend any classes they wanted, but were not permitted any socialization via social media and could only use the website designed by the researchers.

When researchers looked at the research data from their study, they noticed that support systems actually do not work for most people. In fact, the support system was found to have people going to the gym less than if they were completely left alone by everyone. The competition group actually attended 90% more classes than the control group in the study. Both individual competition and team competition adhered to the programs when compared to the other groups. The team support group was found to have went to 50% less classes than the competitive groups showing that having a social support network does not help with adherence to an exercise program.

One researchers made a comment stating, “Framing the social interaction as a competition can create positive social norms for exercising. Social support can make people more dependent on receiving messages, which can change the focus of the program.” Another researcher noted, “Supportive groups can backfire because they draw attention to members who are less active, which can create a downward spiral of participation. Competitive groups frame relationships in terms of goal-setting by the most active members. These relationships help to motivate exercise because they give people higher expectations for their own levels of performance. In a competitive setting, each person’s activity raises the bar for everyone else. Social support is the opposite: a ratcheting-down can happen. If people stop exercising, it gives permission for others to stop, too, and the whole thing can unravel fairly quickly.”

The benefit of social media is that you can use it in the confines of your own home. You don’t have to go anywhere, you don’t have to interact in-person with people if you aren’t comfortable doing so. There are many benefits that come along with social media and having the ability to compete with others is a great way to adhere to a program whether it be exercise, weight loss, smoking cessation, etc. One researcher said it best when he mentioned, “Lifestyle changes are hard to make, but if you can give people the right kinds of social tools to help them do it, there’s a lot of good that can be done at relatively little cost.”

Forming healthy habits can transform a lifestyle from something that could potential put you in an early grave to something that allows you to live a good quality of life and see your grandchildren grow up. While competition generally has winners and losers, in the case of this study, anyone who is engaging in a healthy form of competition to adhere to an exercise program is clearly a winner in our book. So rather than posting your dirty laundry on your social media platforms, try competing with others to get in the best shape of your life.