Newer PostBig Pharma vs. the Supplement Industry
Older PostGyms Should Thank Their Personal Trainers
Share on FacebookShare on TwitterShare on LinkedinShare on Pinterest 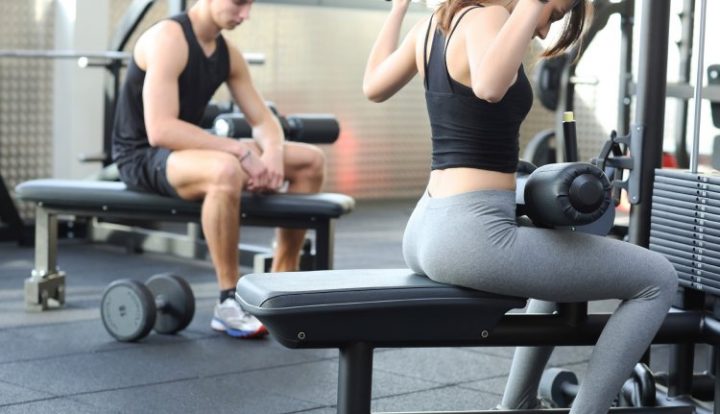 We have an obesity epidemic on our hands here in the United States, and it doesn’t appear that it’s going to slow down anytime soon. Are we on the verge of destroying our own population due to illness and disease? Or will we finally wake up and take our health seriously as a country? Brazil seems to be taking a step in the right direction with their population.

In order for Brazil to help out their people, the government has created a free exercise program for everyone to take part in. While research is showing that mainly women are jumping on board, it’s still a step in the right direction none the less. And it’s something more places around the world should think about implementing. One of the researchers stated, “To combat rising obesity rates, the Brazilian government created the Academia das Cidades program, or City Academies, to give residents free access to fitness facilities and instructors. The program is aimed at adults, but has historically attracted middle-aged and older women who may not frequently exercise. Our research team studied the effectiveness of this program; we found that City Academies do meet their goal of increasing physical activity rates for adult women in these communities.”

The program itself is geared towards adults and is aimed at helping them lose weight though a government created program. The program itself was started in 2002 and is now in 184 cities throughout Brazil. People are encouraged to take advantage of these free classes by attending scenic public spaces designated in different cities. Classes are in parks or plazas where the public is able to exercise in the sunlight and enjoy the experience. Along with the class, participants are also given free dietary guidelines to help them lose weight.

One of the researchers mentioned, “With the program, we found a large increase in the population’s activity levels, especially for women. Worldwide and in Brazil, multiple surveys show that men are more active than women, education is directly related to leisure-time physical activity, and individuals of low socioeconomic status are less likely to engage in physical activity. Our study shows that these exercise programs help reduce those inequalities in physical activity. They may serve as a model for other communities and countries around the world to tackle the pandemic of physical inactivity.”

Will this work in the United States?

Unfortunately, I don’t believe so. In fact, I’m pretty sure that 85% of the population wouldn’t even try it once. We are in denial here in America. We look to our left and right and see people in worse physical shape than us and we think we “aren’t that bad.” When in reality, according to statistics and guidelines, these people are considered overweight or obese. We seem to have changed our standards over the years where being overweight is acceptable and is the new norm. There is no ideal body weight in their eyes anymore. And that’s not to say that overweight or obese individuals aren’t good people, it’s just they’re only fooling themselves. The risk factors involved in living the lifestyle they do is like lighting a fuse and waiting for the bomb to go off at some point. Sooner or later illness and disease will become a reality for these individuals.

Will some people give it a try? Sure. It’s FREE and people like FREE. Again, this is forward thinking if the United States government would implement such a program. Would people adhere to the program? Maybe some would. We have to remember too that based on the location of these classes, the weather isn’t always nice enough to be able to have it in outdoor public places like Brazil is using. Our country for the most part has all 4 seasons to some degree. Obviously, an outdoor program would not be feasible with snow on the ground. Such a program would probably need to be made available indoors for it to be successful, and therefore a local gym or another large venue would need to be on board to house the program.

It would be cool to hear YOUR thoughts though. Do you feel a program such as the one in Brazil, if implemented here in the United States, would work? Yes or no and why?