Newer PostLive two years longer with extra vitamin E
Older PostBACK to Basics: Tweaks to Building an Impressive Back
Share on FacebookShare on TwitterShare on LinkedinShare on Pinterest 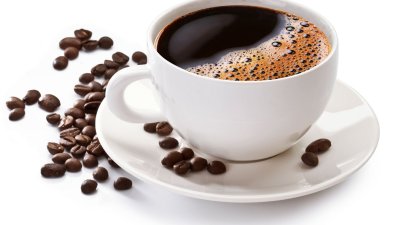 Do you also feel hung over and shaky if you train after drinking a pre-workout formula that’s full of caffeine? It can’t be healthy we fear. And now we have a study to back up our suspicions. Larry Tucker, of Brigham Young University in the US, published it recently in Nutrition & Metabolism.

Study
Tucker used data on 5,826 Americans that was gathered for the National Health and Nutrition Examination Survey. The participants listed what they had eaten during the past 24 hours and the researchers measured the length of the telomeres in the DNA of their white blood cells.

The longer the relative length of the telomeres in your DNA, the longer you still have to live.

Results
The more caffeine the participants consumed, the shorter their telomeres Tucker discovered after filtering out the effect of age and other factors.

Coffee had an opposite effect on telomere length. The more coffee the participants drank, the longer their telomeres were.

Tucker’s study suggests that, for coffee drinkers, caffeine from sources other than coffee â€“ such as energy drinks, supplements and cola – is just as unhealthy as it is for non-coffee drinkers. Tucker found that the telomeres in coffee drinkers were shorter the more caffeine they consumed.

Conclusion
“Caffeine intake is pervasive throughout much of the world,” writes Tucker. “It has been linked to a number of beneficial and detrimental health consequences. Unfortunately, much of the epidemiologic research on the effects of caffeine has focused on coffee intake, not caffeine.”

“Because telomere length is a biomarker of the senescence of cells, the present findings suggest that cell aging may be accelerated in U.S. adults as caffeine intake increases, but may be decelerated as coffee consumption increases.”

“Given the magnitude and importance of these relationships, additional research is warranted.”

Background
The investigation evaluated the relationship between caffeine intake and coffee consumption and leukocyte telomere length, a biomarker of the senescence of cells.