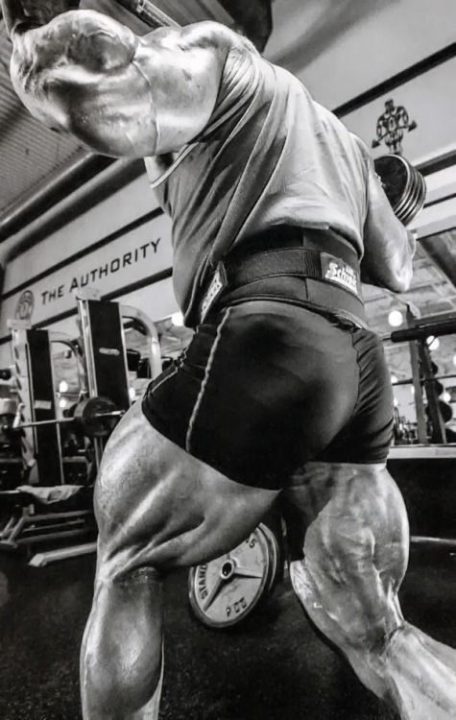 Could coconut oil be the next big site enhancement oil in the world of bodybuilding? Could the days of synthol be gone and now when guys aren’t using coconut oil in their diet or lathering over their body for smooth skin and healthy hair they’re injecting it into their muscles to increase the size? It appears so—at least for one bodybuilder in the UK. Unfortunately for him, it didn’t work as expected.

Do not try this at home

Let’s start off by saying it’s a terrible idea to use coconut oil for site enhancement. I feel the need to put it out there early in this article for those who don’t like to read, only scan the title and first couple of sentences and then goes and grabs a syringe and his favorite tub of coconut oil and starts going to town. Injecting anything into your body is a terrible idea and if you had a medical condition should be the only time you do so and if you aren’t able to in the privacy of your own home, then your doctor should be the one injecting you or another qualified professional.

This 25-year old amateur bodybuilder over in the UK injected coconut oil into his arms. After a few months of not being able to move his arms very fluidly due to the amount of coconut oil in which he injected, he decided to go to the doctor. He mentioned that he was also suffering from pain in his arms. The doctor recommended an ultrasound be conducted to see what it could find.

The outcome from the ultrasound was a ruptured triceps (due to steroids) that needed surgery, as well as several cysts in his arms (from injecting the coconut oil). On top of the coconut oil injections, he openly stated to doctors that he also used steroids to make sure they could analyze the entire picture here.

The doctor stated that, “Alarmingly, this practice, used for short-term enhancement of muscular appearance, seems to come at a significant cost. Doctors need to be aware of these cases so that they can diagnose patients correctly and recognize potentially life-threatening practices among bodybuilders.” He also mentioned that he has seen cases of men who injected sesame oil into their muscles for up to eight years show signs of deformity and scarring within the muscle tissue itself that would never heal on its own.

This wasn’t his first attempt of progressing his bodybuilding career by using injectables. In fact, he had used insulin (without a prescription) in the past that ended up giving him seizures. He also got a bacterial infection from injecting vitamin B12 in the past. One would think that after having some close calls in the past with injectables, he’d give it up or get some help.

He also needed to go under the knife twice because of his poor choices. Due to his steroid abuse, he developed gynecomastia (also known as gyno and man boobs/tits) as well as tumors (benign) on his liver—both of which needed surgery to be removed.

After all of this, he still mentioned he continues to use steroids and other compounds in hopes to increase his muscle size. Clearly, he hasn’t learned his lesson yet. Hopefully the next lesson isn’t his last if you catch my drift.

Side effects of doing such

It’s pretty obvious what happened above from injecting coconut oil, but another side effect that isn’t thought about is life-threatening blockages of blood vessels. This is due to the fat being injected potentially going into a blood vessel and clogging it. This along with lesser risks such as infections and skin sores.

Moral of the story

Don’t be an idiot. If you don’t know what you are doing, then simply don’t do it. You know at the circus when they keep saying “don’t try this at home”? Same concept applies. I’m not saying I agree with people who use steroids or site enhancement oils, that’s their own choice in which they need to live with. What I’m saying is, if you are not educated on injectables, side effects, and the proper way to do things, seek out professional help from someone who knows what they are doing.

Your life is not something you can just be your own guinea pig for. You can’t simply inject things into your body in hopes that it will blow up your muscles so they look jacked. There’s a reason why there’s only a select few products being used in the professional ranks of bodybuilding these days. While science has come a long way, using products found around the house has not been proven to be wise injectables with favorable results. For that reason, stick to what is known and don’t stray away from them if you decide to go the route of injectables.