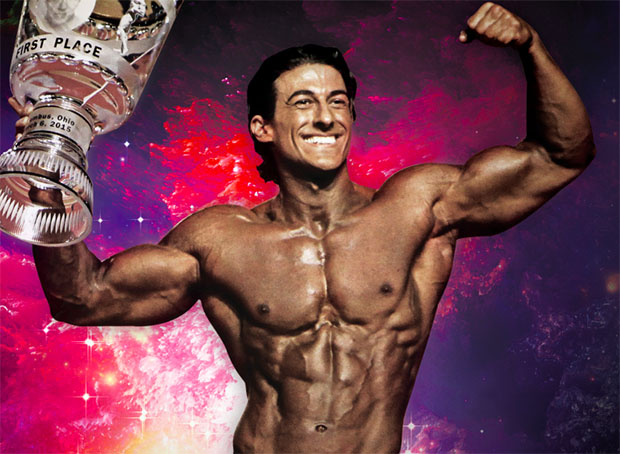 I know Steve Weinberger keeps saying that the open division is leading the industry and he might be right. However, you can’t deny the fact that Classic Physique isn’t knocking on the doorstep of their bigger counterparts. In fact, I think the Classic division is going to set the industry on fire this year. We also have one legend coming back to the stage who might just do some serious damage and might just show the world what he’s got left in the tank to jump on stage with the new generation of competitors.

What exactly is Classic Physique and why would competitors make the switch?

Classic Physique is a combination of bodybuilding and Men’s Physique. Competitors must go through five mandatory poses such as front double biceps, side chest, back double biceps, abdominal and thighs, and then their favorite classic pose. Each competitor wears trunks that resemble what was worn back in the day with the bodybuilders from that era, only the trunks are a little bit longer, yet still showing off majority of the thigh and hamstring. Each competitor also must go through a 60-second pose down to music. There are also height and weight restrictions put on the competitors to prevent an unfair advantage of someone being able to showcase a more muscular physique over other competitors.

Competitors are scored based on their overall condition and muscularity. Each competitor must bring to the stage a symmetrical, proportionate, and aesthetic physique, small waist, and muscular build.

What makes this division so attractive? Men’s Physique has restrictions on how muscular an individual can be. Not only that, but half of a competitor’s leg is covered by board shorts which only allows from around the knee down to be exposed. Therefore, the competitors don’t even need to truly focus on their legs because they aren’t judged in competition. As we all know, majority of competitors don’t neglect any part of their body and therefore want to showcase their wheels. This is where Classic Physique comes in. It’s also a nice happy medium between Men’s Physique and Bodybuilding. Many of these athletes don’t have the size of the competitors in the open or even the 212 division, so for that reason they have a home in this new division.

The Classic Physique division is bringing back old school bodybuilding. It’s something Arnold has spoken openly about for quite some time now. He felt like the sport was turning into a bunch of mass freaks that not only were completely unattainable to the masses, but wasn’t visually pleasing. He brought up the wide waists and “bubble guts” that competitors were bringing to the stage and that he felt this truly wasn’t what the sport of bodybuilding stood for. So, here we are. And personally, I think Classic is a great addition to IFBB shows.

The return of a legend

The one and only Flex Wheeler has announced that he will be coming back to the stage—this time in the Classic Physique division. Honestly, I think this is going to be huge for that division. You already have many other competitors who made the switch, and now one of the biggest names in the sport is coming back. I, for one, am super excited. Flex had one of the best physiques ever. He had the tiny waist, amazing v-taper, and large yet aesthetically pleasing upper and lower body. If you look at him right now, it’s hard not to think he’s going to shake up the division. While he let himself go a little after retiring, lately he’s been hitting the gym extremely hard to build back that winning caliber physique that we are used to seeing from Flex.

Classic Physique has a bunch of stars on stage right now as is. With the likes of Danny Hester, Arash Rahbar, Sadik Hadzovic, Darren Charles, and now entering the division Jason Poston, I wouldn’t say Flex is a clear winner by any stretch of the imagination. The Classic Physique division is modeled off of the look Frank Zane used to bring to the stage which many of these athletes possess. The question becomes, will Flex be a spitting image of his former self or will he bring to stage a package like Kevin Levrone did at the 2016 Mr. Olympia contest? For the sake of Flex’s legacy, I hope he doesn’t do as Kevin did and return when his physique wasn’t 100% on point.

There’s a lot of speculation surrounding Flex. While his physique looks impressive at the current time, we all saw what happened to Kevin last year during his comeback. It was a nightmare, placing dead last at the Olympia. I hope history does not repeat itself and Flex can dial things in and stand toe-to-toe with the other competitors and hold his own. It’s definitely going to make for an interesting 2017 Mr. Olympia.

What does the future hold for Classic Physique and what’s my take?

There are a lot of haters out there on the Classic Physique division. Personally, I think the future is bright for this division. I feel as if Classic Physique is truly Classic Bodybuilding. Will Classic hurt the open class? No, not in my opinion. The open class and even the 212 is like a circus show. You pay to see the freaks come out on stage and you expect them to blow your mind. The Classic division I feel is more of the old-school bodybuilding physique and I feel it’s a division that has been missing in the IFBB. I liked the older bodybuilders and their tiny waists, vacuum poses, and aesthetically pleasing build. With the addition of the Classic Physique division if feel like you get some old-school and new school bodybuilding all in one show. And it’s not like there are no-name competitors jumping into the division.

Some people have even mentioned that they feel Classic is now the home for older competitors who no longer have the size they did as a bodybuilder, and are now coming back to the stage at a lighter weight and smaller frame. They think there should be more of a Master’s Olympia and similar for these types of competitors. For me, I like that older bodybuilders are coming back to compete. I feel as if the people who are complaining about the older bodybuilders going into Classic if given a Master’s class at the Olympia would then be complaining and telling grandpa to get off their screen that they didn’t come here to watch old guys in posing trunks on stage. So, there really wouldn’t be much pleasing those individuals anyway. I like having the newer aesthetically pleasing bodybuilders going up against some of the older guys. It gives the sport a new dimension and it gives different competitors a new platform to compete on if they feel they are too large for Physique yet way too small for 212 or the open class. I’m excited about the future of Classic Physique. I wasn’t a fan when it first started, but watching the division grow and all the competitors who are jumping in with both feet has definitely changed my mind.

What are your thoughts on the new division? Are you excited? Do you think Flex will do well in Classic Physique? Let us know in the comments and on our social media.