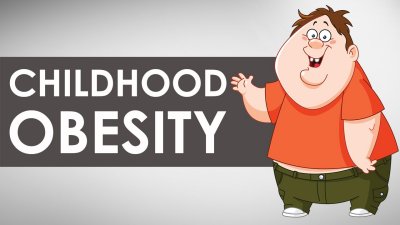 Obesity rates are on the climb and we need to get things under control. Even worse, more and more kids are becoming overweight and obese due to inactivity. With the advent of game systems and computers (technology), kids are spending hours each day in front of the television or have tablets glued to their palms playing video games. I get it, video games are fun and some actually improve hand-eye coordination, but it’s time to put the controller down and start moving.

Researchers from around the globe came together to take a look at childhood obesity. Their study used a 20-year follow-up of 1,792 participants who were part of a childhood health and fitness survey in Australia. The survey was used on children whose ages ranged from seven to fifteen. The survey documented their cardiovascular fitness using a 1-mile run as well as their waist circumference to look at their abdominal fat levels. As an adult the subjects were then asked to travel to one of thirty-four clinics in Australia where they went through more health and fitness assessments.

What these researchers found was that the children who were more active as a child had a higher aerobic fitness level and were 36% less likely to suffer from metabolic syndrome in early adulthood. This proved to help prevent coronary artery disease, Type 2 Diabetes, as well as stroke. This is amazing news as most studies out there today are focused on adults rather than children. The study clears a path to allow more focus to be put on children and what is needed in order to prevent risk factors from surfacing when they become adults.

One researcher said, “We found that participants who had low fitness levels in childhood but increased their relative fitness level by adulthood had a markedly lower prevalence of metabolic syndrome than those who remained low fit, and this was especially true for those with higher levels of abdominal fat as children.”

Another researcher made a valid point when he said, “Our findings are based on the waist circumference and fitness levels among Australian children in 1985. Children in the U.S. and other developed countries today have substantially higher levels of abdominal fat and much lower levels of aerobic fitness. Therefore, fewer of today’s children may have the level of fitness needed to partially offset the negative cardiovascular disease risks of childhood obesity.” This is 100% accurate and a great reason that, as an adult and parent, we need to take responsibility for our children’s lives and ensure they are getting enough physical activity each day. Don’t allow your kids to sit around the television all day long and play video games. They need active play in their lives to help ward off the negative consequences of inactivity that could plague them not only now, but later in life as well. You can get the best of both worlds by being active with your child. Go outside and play sports or go for family walks. Everyone can benefit from physical activity, so make it fun for the whole family!