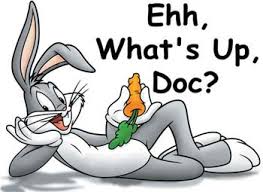 As a child I’m sure your parents told you that eating carrots will give you better eyesight and even allow you to see better in the dark. While that might have been a great way to coax you into eating your vegetables, it unfortunately isn’t true—at least not completely.

Vitamin A is known for helping with overall eye function and it’s recommended to get your daily value through whole food sources or through supplementing with a multivitamin. Carrots are full of beta-carotene which in the body will be converted into Vitamin A. So in theory, you would think carrots would then help improve one’s eyesight. However, due to most American’s getting enough Vitamin A through their diet or supplementation normally, purposely eating more carrots has very little additional benefits on eye health and eyesight.

Where eating more carrots to improve eyesight might actually be true would be when people are deficient in Vitamin A due to poor nutrition or not utilizing supplements to make up for missing micronutrients. Researchers have said, “In countries where the food system is less sophisticated and we see crushing poverty, the margin between harvest season and hungry season is palpable. These populations can dip into actual deficiency with Vitamin A, especially in respect to young, growing children who can become what we call ‘night blind.’”

It’s said that individuals in well-nourished countries would actually need to stop eating anything containing Vitamin A for several months in order to become deficient. In other words, they would have to TRY to become deficient in order to really get to that point. With so many different foods at every American’s disposal, it would be very difficult not to be eating a food containing Vitamin A (such as milk).

It is recommended that those supplementing with vitamins should be aware of their Vitamin A intake. The body is only capable of converting so much beta-carotene into Vitamin A and whatever is not converted is stored under the skin in the fat. When there is an overabundance, it can actually cause the skin to turn a shade of orange. Taking in too much Vitamin A through supplementation can actually be toxic and can damage the liver if you don’t pay attention to your intake.

At the end of the day, you aren’t going to have superhuman powers if you eat a lot of carrots in your diet. However, you will be able to at least maintain the healthy eyes and sight you currently have. It would be wise to speak with your doctor before drastically changing anything with your nutrition as well as if you’re looking to add any supplements to your regimen. A doctor will be able to advise you if they feel it would be beneficial and/or necessary for you to make any changes or to simply stick with your current program.